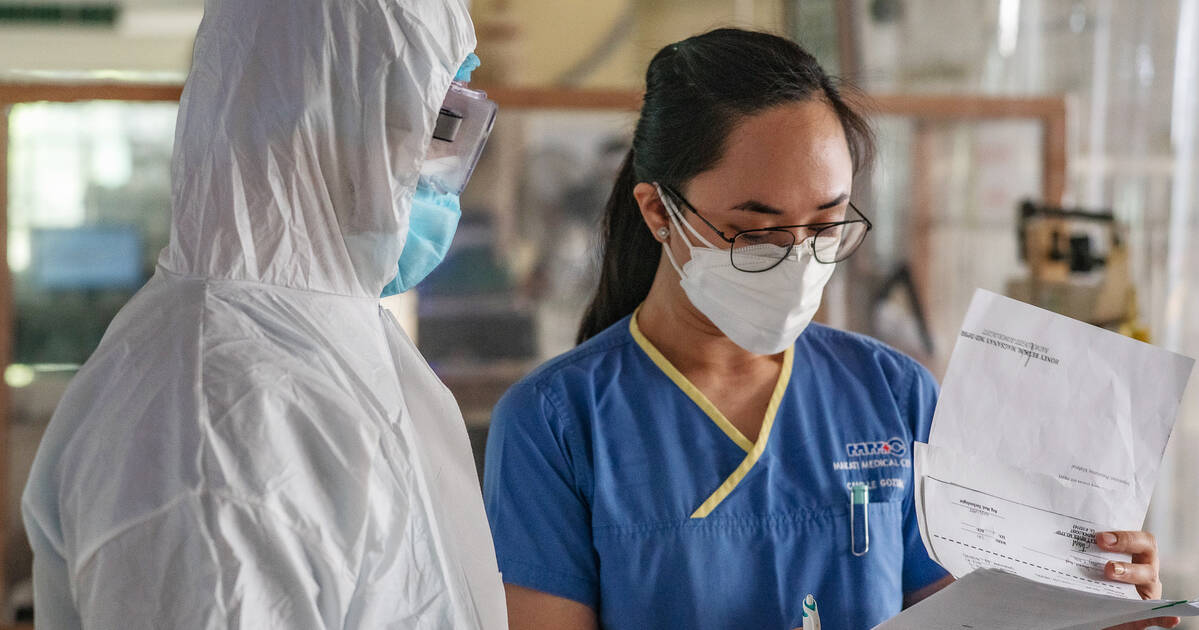 Nurses and the public are astonished after learning that Toronto Public Health (TPH) furloughed 120 staff in the midst of a pandemic.

"Absolutely stunned by this decision why Toronto Public Health. We’re in the middle of a pandemic for f-sakes," wrote Jules on Twitter.

"What is this? We’re in the middle of a pandemic. Cut the police budget, we don’t need off duty cops getting OT to be crossing guards but we do need nurses. This is really pathetic, like seriously pathetic," tweeted another.

"Essential services like public health should not be laying off their nurses, especially during a pandemic. How can we selfishly say, 'You’re a hero, but also we don’t value you enough to prepare or pay you?'."

Staff from various public health departments received a letter on July 2, stating that as of next week they would be placed on emergency leave.

"These emergency orders authorize the City to redeploy staff or to cancel or postpone services not deemed to be critical, despite provisions of any other agreement," Toronto Public Health said in a statement obtained by CityNews Toronto.

"They are forced to be on leave! This is ridiculous because they are trying to get rid of senior employees and the more younger and the ones that aren’t [registered nurses] are working from home! The ones who have a higher title and with many years of experience are being [fired!]," tweeted Veronica Reyes.

"And they are still hiring 300 nurses from [Registered Nurses’ Association of Ontario] to work in an emergency status, yet the ones that are waiting for re-deployment are being denied work and sent on emergency leave!" added Reyes.

In May, TPH partnered with the Registered Nurses’ Association of Ontario (RNAO) to scale up local COVID-19 response and increase their workforce.

TPH told blogTO that there are currently more than 1,200 staff members supporting the work including 130 nurses recently hired from the RNAO partnership.

Doris Grinspun, a registered nurse and the CEO of RNAO, is baffled by the enforced emergency leave. In fact, when blogTO contacted RNAO it was the first they were hearing of TPH's actions.

"I'm puzzled," she said. "This was a public health unit that's doing trace and contact. Why were they sent on leave when they're still recruiting?"

According to a statement received by blogTO, TPH wasn't able to support accommodation requests due to the type of work needed for the COVID-19 Incident Management System response as well as other critical public health services.

"Unfortunately, there were some unique circumstances and requests from TPH staff, that despite our very best efforts over the past five months, could not be accommodated.  As a result, approximately 120 staff including 45 public health nurses from the TPH family have been placed on temporary Emergency Leave."

Nurses and the public are worried that with staff placed on emergency leave many vulnerable communities, such as the homeless or new mothers, will go without proper care.

"This makes me really sad for my clients because I don't know what's going to happen to some of them and I know how crucial services are to these people," an anonymous employee who was furloughed told CityNews Toronto.

However, TPH said that staff remain City of Toronto employees and still have benefits. They also told blogTO that they're continuing to monitor the situation to determine if and when employees can be called back to work.

"We look forward to welcoming them back as soon as possible as work opportunities in our organization arise given the significance and scope of our COVID-19 response.

In the meantime, our organization remains focused on providing a fulsome response to the current COVID-19 outbreak, supporting our city with our recovery efforts, and planning for future COVID-19 activity."

by Misha Gajewski via blogTO
Posted by Arun Augustin at 11:48 PM