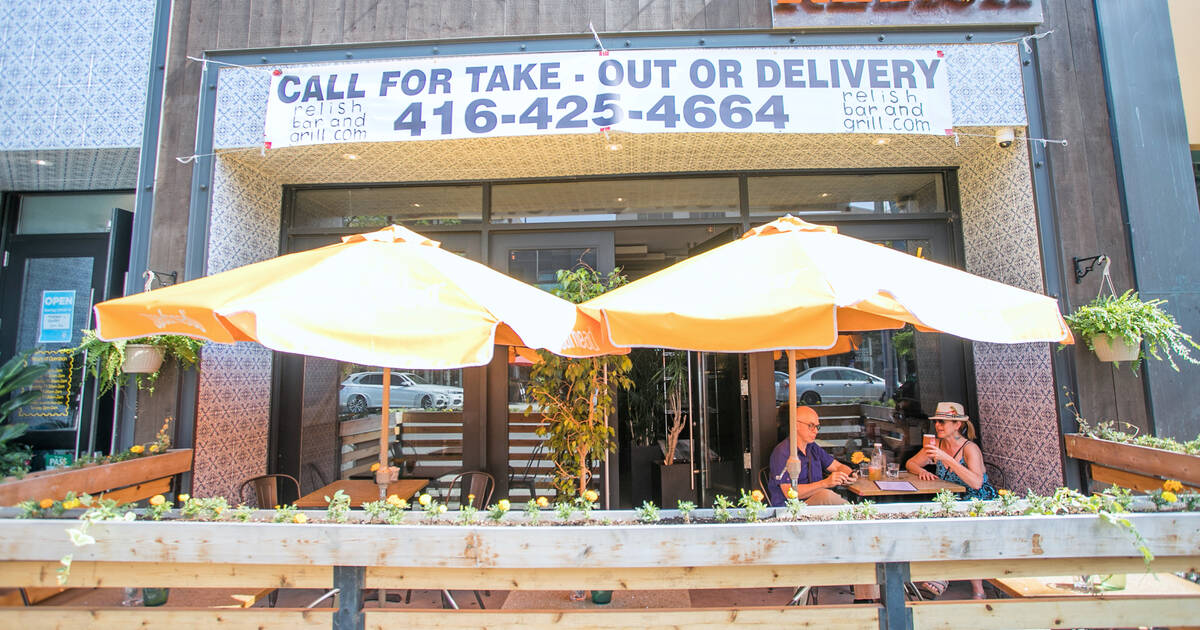 Amid the pandemic, the reopening of patios in Toronto has drastically changed the landscape of the city in just a few short weeks.

For the customers who've flocked curbside to the hundreds of tentative outdoor spaces offered citywide, there's a sense that patio season has been successfully resuscitated for the summer, albeit with restrictions.

But for business owners, many who scrambled to pull together outdoor seating of all shapes and sizes as the city entered Stage 2 of reopening, it's a temporary band-aid on a dire situation.

While obviously helpful in supplementing money made through delivery and takeout services, not all patios are built equal, with size and neighbourhood playing a large part in how effective a patio can be.

In areas like Kensington Market, where the Mexican spot El Rey has reopened its patio at half capacity, foot traffic plays a big part in how much business the restaurant attracts.

"The patio for us is our main advertising," says El Rey owner Owen Walker. "As people walk by, they see this long patio with some drinks and some food."

"The Market kind of feels like a Market from years past: there’s more buzz, more people out and about, the loosening of alcohol sales to-go has driven people into the parks. People are championing being outside, it feels alive in the Market."

A patio licensed for 40 people now seats about 20 a time, which Walker says is enough to help supplement revenue from their takeout window.

For a restaurant that fits around 30 people on the inside, it's a fair fallback as indoor dine-in remains off limits.

But for massive establishments like Relish, the Danforth mainstay large enough for 150 people, the trade-off — a front patio that seats just 10 — barely puts a dent in the fees.

Owner Joanne Clayton moved Relish from its original, smaller location on the Danforth to a 3,500-square-foot restaurant in the main drag of Greektown last year.

Since the pandemic hit, Clayton has had to cancel a number of big events like weddings, which was one of the main reasons she moved to bigger real estate in the first place.

With rent nearing $20,000 a month, and with the annual cash cow Taste of the Danforth off the table, she's been struggling to make ends meet.

"It's bleak," says Clayton. "The patio is about a tenth of what the indoor space is, with no room to expand. There's no way that I can maintain this space with 10 seats."

"I know that we have to do this in stages but I’m looking at a massive space that we can socially distance in. I have soaring 20-foot ceilings and the city wants me to put people on the curb. It’s a terrible situation."

Greektown is pretty walkable, and customers (mostly musicians) have stayed loyal, says Clayton, but the numbers just don't add up. And when it comes to the province's singing ban on patios, live music bastions like Relish suffer most.

Leslieville's French joint Gare de l'Est has always had a patio, but a much-needed expansion came courtesy of a rare and symbiotic relationship with their landlord, Crowsnest theatre.

A patio that once seated 36 seats can now accommodate about 50 people after an extension to the outdoor space that Crowsnest will, hopefully, be used as a performance stage next year.

Gare de l'Est owner Erik Joyal counts himself as one of the lucky ones in a sea of landlord horror stories.

The theatre proposed the expansion, was willing to split the cost of the patio expansion, and Gare de l'Est has been doing better because of it, according to the reservation books.

"Landlords are among one of the most important relationships you have as a business operator, it's just as important to the relationship you have with your customers."

"It's these times when you get into these weird situations, that’s when those relationships, good or bad, reveal themselves."

There's no one route to pandemic patio success, but weathering the storm (and some literal storms) has restaurant owners looking ahead to Stage 3 of Toronto's reopening plan.