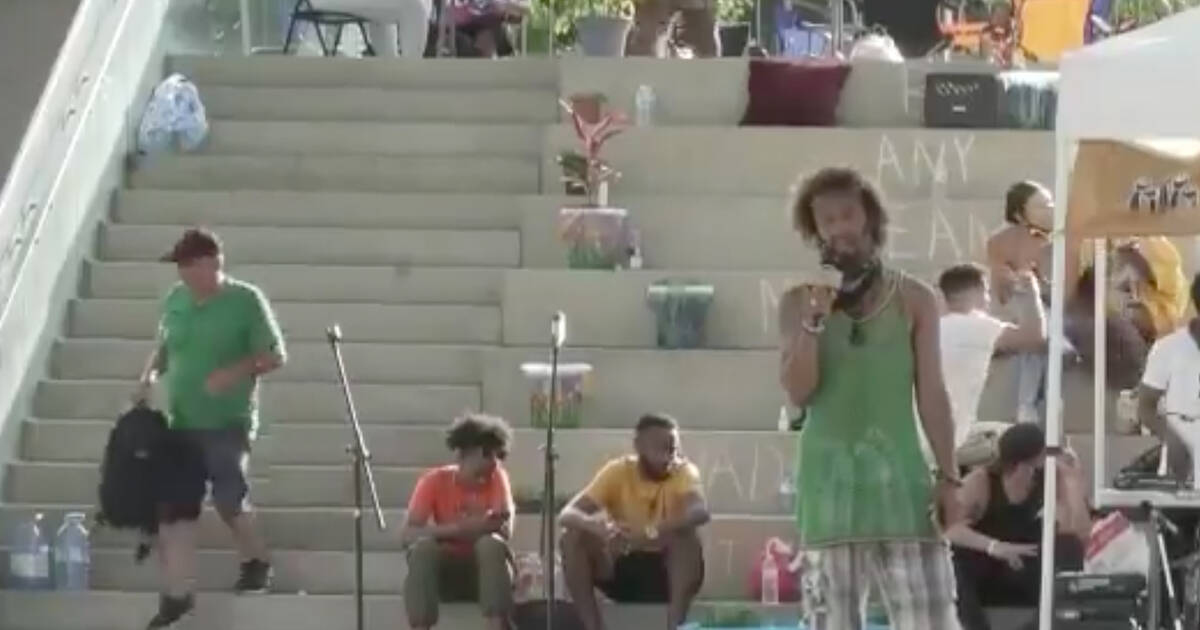 Having your stuff stolen is never a good feeling, and when it's your work equipment that gets snatched, it can be especially frustrating.

That's what happened to Toronto photographer Jovan Martin when he was covering the "Are They Listening?" sit-in at Nathan Phillips Square on Sunday.

While Jovan and his team were capturing the scene, one of their cameras caught a man hanging out beside Jovan's bag on the amphitheatre steps.

The video shows the man seated behind the speakers and casually lounging beside the bag while peering around.

Later on, the video shows that he had moved one row above the bag and the crowd around him had thinned.

He then looks around before picking up the bag and pausing to make sure the man nearby isn't looking, at which point he then grabs it and takes off down the stairs.

"This guy just stole my laptop bag... hard drives with your projects, lenses, laptop, ND filters, cables, adapters, accessories. I don't know wtf to do rn. Sickening," Javon said about the video which he posted to his Instagram.

Jovan posted a follow-up video, saying he's had a difficult week as two of his family members passed away and he had $5,000-$10,000-worth of equipment stolen.

I’m not doing a go fund me, but I’ll do some discounted videos. If you can help, please tag a business below and when I find a way to finish my last few projects, I’ll set something up for them. I’m in a pickle and don’t know what to do at this time. Anything can help. Thank you 🥺🖤

"I have a lot of clients, friends, family, that have been touched by my videos and a lot of people that still want media," he told blogTO. "I'm going to run a promo for some independent businesses to recoup everything that's lost."

He said police reports have been filed but that he's "not too focused on crying over the spilled milk, though."

"Just focusing on bouncing back and getting more videos to the community that supports me in the first place," he said.