Sweltering Toronto heat is expected to stick around all summer long 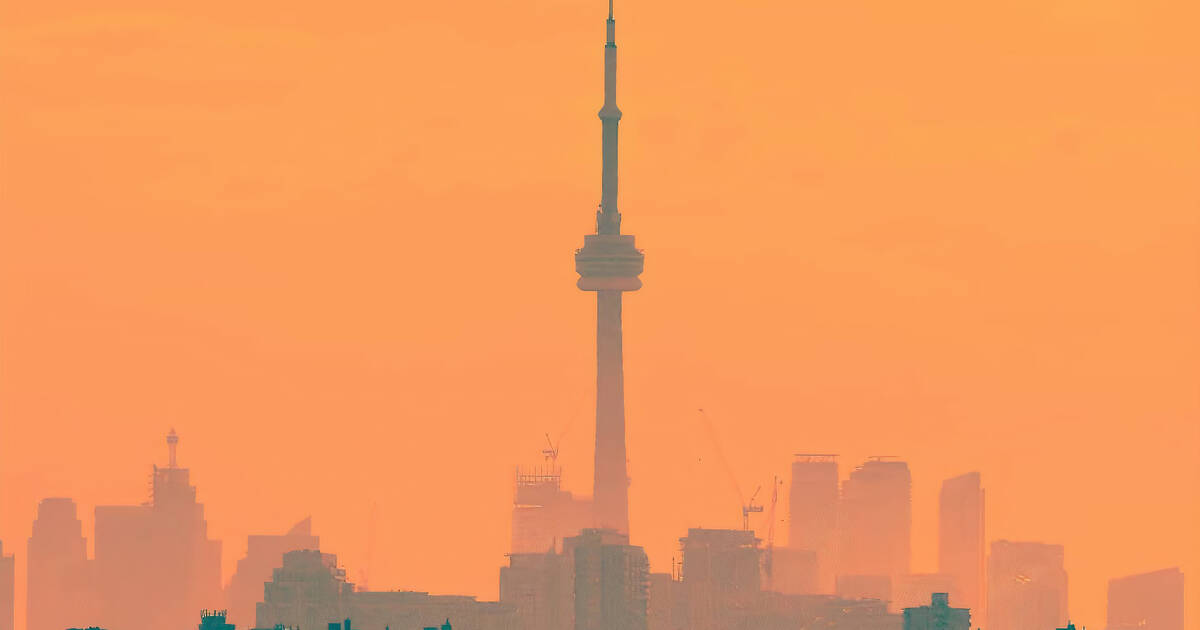 Waiting for the current heat wave to break before getting off the couch, going outside, and actually doing all of those things on your summer 2020 bucket list? I wouldn't.

This sweaty sauna of a city that we call Toronto won't be cooling off anytime soon, according to meteorologists.

In fact, if Environment Canada senior climatologist Dave Phillips is correct, hot and humid weather should persist "throughout the rest of July and August."

Now six days into what's expected to be a nine-day-long stretch of temperatures above 30 C (most of them feeling closer to or above 40 C with humidity factored in), Toronto will remain dangerously warm until at least Saturday.

Phillips told CBC Radio this morning that temperatures could finally fall below the threshold for an official heat wave (31 C) on Saturday, but that they'll likely shoot right back up again by early next week.

What lousy sleeping weather if you don't have AC! It was still 30C at 10pm yesterday evening at Pearson, the humidex was 35 at midnight and the humidex did not even get down to 30 overnight. At 8am it is already 27C with a humidex of 34 pic.twitter.com/S13v2NMf1p

Humidity will linger all the while, unfortunately, with no significant storms or rain in sight to provide what The Weather Network calls "the kind of widespread soaking the parched province needs."

Yeah, the people of Toronto are wet with sweat, but the city itself is bone-dry.

Toronto received only 70 per cent of its normal precipitation in June, according to Weather Network meteorologists, with no rainfall recorded at all in July.

A risk of thunderstorms is currently in the forecast for this evening, but any storms we do receive would be short-lived and sporadic. Phillips says that the GTA has only experienced a "thimbleful" of rain over the past 27 days, all of it in the form of brief downpours.

Last few days have been averaging over 32°C with excessive humidity and a heat warning. So much so grass has turned yellow. #Toronto pic.twitter.com/OatQWt5xDS

Forecasters are betting on more of the same hot, humid and relatively dry weather for the rest of the season.

"We often say that, in weather, there is something called 'persistence'," Phillips told CBC Radio. "What you see is what you are going to get."

A heat warning remains in effect for Toronto as of Wednesday afternoon with a high of 34 C and a humidex of 40 C forecasted.

Environment Canada recommends that all residents and visitors watch for the effects of heat illness, which include swelling, rash, cramps, fainting, heat exhaustion, heatstroke and the worsening of some health conditions.

"Never leave people or pets inside a parked vehicle. Extreme heat affects everyone."