Toronto is now under a tornado watch 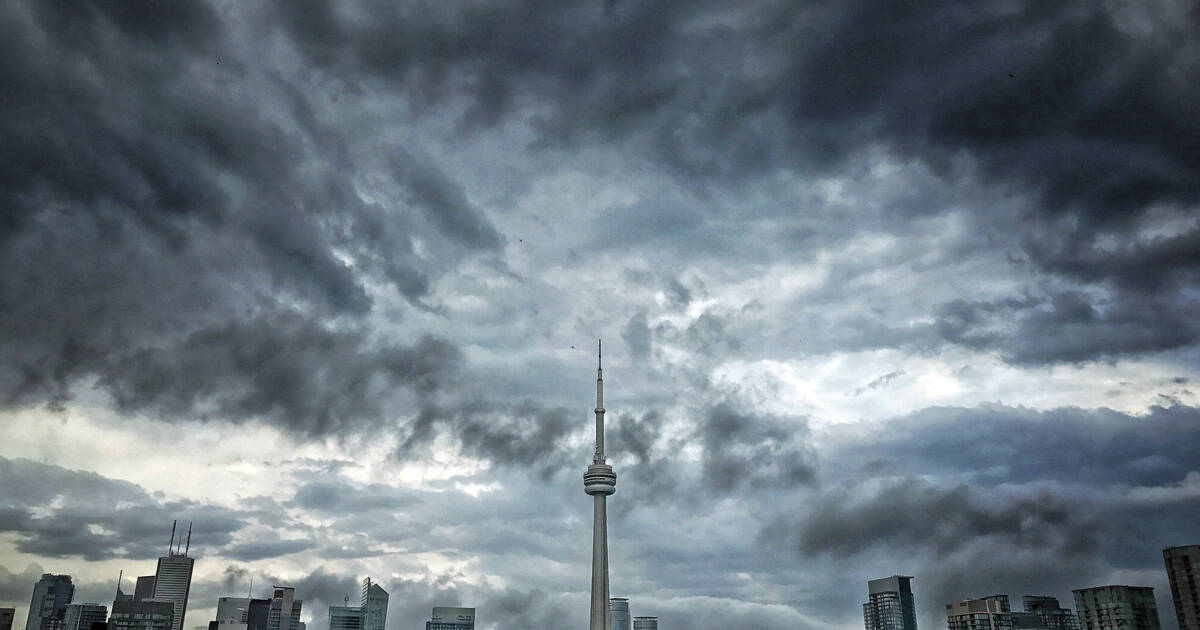 Conditions are currently favourable in Toronto for the development of tornadoes, according to meteorologists, as a severe thunderstorm rips through the region.

Environment Canada issued a tornado watch for the City of Toronto just before 3 p.m. on Wednesday afternoon, warning all residents and visitors to "be prepared for severe weather" and "take cover immediately if threatening weather approaches."

Both a heat warning and a severe thunderstorm warning are also in effect for Canada's largest city, which has now seen six consecutive days of temperatures above the 30 C mark (feeling closer to or higher than 40 C with humidity.)

While brief, downpours are expected to be heavy in Toronto this afternoon with as much as 25 millimetres falling in less than an hour, flooding local streets and leading to dangerous road conditions.

A thunderstorm showing broad rotation induced by a lake breeze has prompted a Tornado WATCH for #Toronto.

"Tornado watches are issued when atmospheric conditions are favourable for the development of thunderstorms that could produce tornadoes," reads Environment Canada's special weather statement.

Watches are less severe than warnings, which mean that a weather event is either imminent or occurring.

If a tornado warning should be issued for the region, EnviroCan recommends taking the following actions: