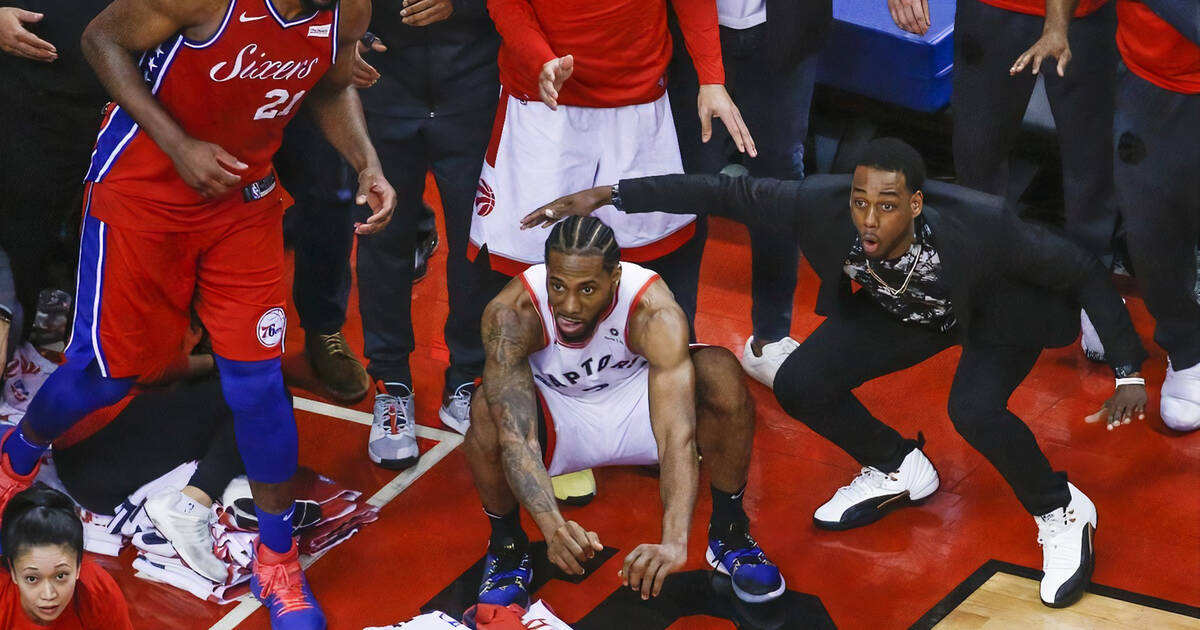 Remember the random guy in a suit from that legendary photo taken right after Kawhi's game-winning buzzer-beater for the Raptors in last year's semifinals? Well, he's finally got his NBA championship ring, albeit eight months late.

Jordan Loyd, who played 12 games with the Raptors last season after signing with the team in 2018, may not have been a recognizable face to many fans because his two-way contract status made him unable to participate in any playoff games.

But, he was still at every one, ready to revel in all the wins and share his photogenic zeal that ended up getting him painted into murals.

The pic from game 7 went viral because Loyd's expression of unbridled shock and elation encapsulated Toronto's mood for basically the whole season as the city sat on the edge of its seat on the Raptors' road to their first NBA title.

Jordan Loyd’s parade t-shirt did not get the attention it deserved. pic.twitter.com/oz2BT7mjsl

While most players got their rings back in October, the players no longer with the team had to wait a bit longer. Jeremy Lin, for example, didn't unbox his ring until January.

According to a spokesperson for the Raptors, the team mailed Lloyd's ring to his parents months ago, but since he was busy playing basketball overseas for Valencia in Spain, he just got his hands on it for the first time this week.

We can all assume the ring, complete with more than 640 diamonds and 16 rubies, was worth the wait.