Toronto restaurant tells customers it's not safe yet to reopen patio 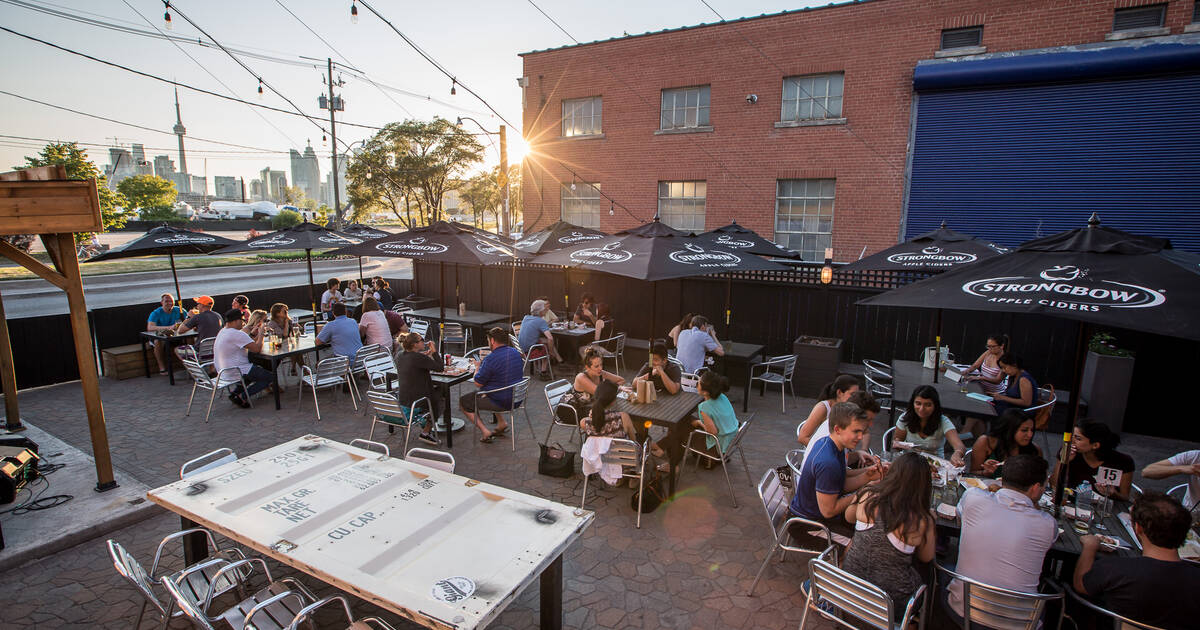 As many restaurants start to open their doors around Toronto - reopening their patios or creating newly allowed ones, some restaurants just don’t feel safe inviting customers back just yet.

As Toronto advances into new Stage 2, it leaves business owners to make some tough decisions.

Cherry Street Bar-B-Que put out a statement on Instagram this week to let their customers know that in the best interest and safety of their staff and customers, they’ll be operating in the same capacity as they have been over the last few months.

Hello BBQ friends, I would like to provide you with an update on our plans for Cherry Street Bar-B-Que as a new phase of the Covid-19 protocols approach us here in Toronto. After discussing with staff and management, we have decided at this time that it is in the best interest and safety of our staff and guests to remain operating in the same capacity as we have over the last few months. This includes NOT OPENING our PATIO back up to the limited capacity that is being allowed. We think that the patio is best used as an additional waiting space for our guests as we prepare their food and a place for us to provide our weekend BBQ grab-and-go pop ups. From the start of the pandemic, we have tried to do our best by making the early decision to close our dining room. With this, we tailored our food and beverage menus to the new landscape that was placed ahead of us. We also made the tough decision to temporarily close down our location at the Chef's Assembly Hall which remains closed until further notice. It is in the best interest of staff and guests, that we have decided to maintain our current form as takeout only, and not allow for any seated dining on our patio. Be Safe, & Be Good People Lawrence

“This includes NOT OPENING our PATIO back up to the limited capacity that is being allowed,” the statement says.

The BBQ restaurant will be keeping their patio as a “waiting space” for guests picking up takeout, and a place for their weekend grab-and-go pop ups where people walking or biking by can enjoy BBQ safely.

Lawrence LaPianta, the BBQ joint’s owner said they didn’t jump to this decision or take it lightly.

“Different things work for different restaurants - there is no right or wrong here but we didn’t see any possible way to reopen our patio safely,” LaPianta told BlogTO.

“We still have the same patio, the same narrow hallway to get to the washroom - we just didn’t see a way that we could consciously open and run safely,” he said.

According to LaPianta, the restaurant already has plexiglass shields, staff who sanitize door handles after use, and have designated entrance and exit doors for when people pick up food.

“We put safety at the forefront,” LaPianta says. “But we can continue to make food for people.”

Instead of rushing to open their patio, LaPianta says his restaurant is focused on a really well-executed takeout program instead of having to deal with the confusion and potential safety hazards of opening.

The Pilot, a multi-level bar in Yorkville that’s been around since the 1940s, decided to reopen their patio last week.

Here is some of the protocols we here at The Pilot are taking to ensure a safe and enjoyable experience! • #thepilot #covid19 #healthandsafety #yorkville #toronto #patio #summer2020

According to Trevor Kenny, The Pilot’s social media manager, the bar set up a “COVID Team” to come up with Pilot-specific protocols that adhered to the ones laid out by Toronto Public Health and the Provincial government.

“We had to adjust on the fly to new regulations as they were rolled out but our team managed to pull together,” Kenny said.

Menus will also be viewable on phones, minimal contact payment will be available, and all staff have to wear masks while working.

Kenny said the feedback they have received from customers via social media, in person, and through reviews has been very positive.

by Sami Chazonoff via blogTO
Posted by Arun Augustin at 12:48 PM