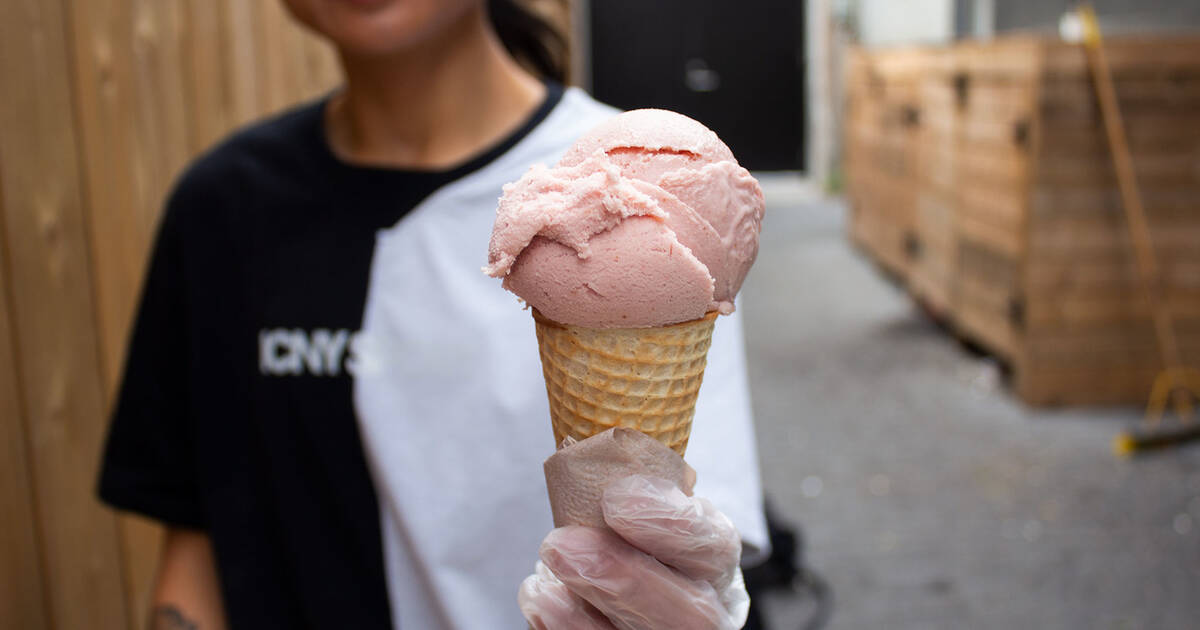 The latest hype product to drop in Toronto that sells out in just minutes isn't a sneaker or a hat: it's an ice cream.

Pastry chef and owner Luanne Ronquillo says the fastest her ice cream has ever sold out is "five minutes. On average we sell out in ten minutes. But last week we sold out in one hour and 45 minutes. I think this was due to a few different reasons but I did start to see sales drop off after 12:30 p.m."

Ronquillo continues, "I think people just assumed nothing would be left after this time. So if anyone thinks that, just know you still have a chance." They have good reason to be discouraged, though: a drop from a few weeks ago even oversold in four minutes.

Sorry everyone 😓 we’ll be reaching out to all confirmed orders today to advise on the refund. Working on fixing the real time updates for inventory then we’ll be back with a new time for the drop. We can’t thank you all enough for being so patient and kind to us with all of these new updates and constant changes. P.S. if you want to see how fast orders were coming in check out our stories ❤️

She says Ruru Baked ice cream started getting snapped up in minutes shortly after the state of emergency was announced.

"We shut down our business but had just made a couple hundred pints because we had planned to be on Uber Eats. About a week after the lockdown was announced we decided to put those pints online and do home delivery (like how we used to way back in the day). We sold out of around 180 pints in 45 minutes. Which never happened before. Then we decided to do online orders for pick up and have consistently sold out every drop."

They've even had to impose a limit on the number of pints individuals can buy because the ice cream was selling out so fast some customers didn't get what they wanted, even if they were quick to preorder during drops.

She attributes the success of the ice cream during the pandemic to people craving comfort food and wanting to support small businesses, the onset of warm summer weather, and their inimitable flavours that can't be found anywhere else.

"We use egg yolks so the ice cream is more rich and creamy," says Ronquillo. "I also think we've done a good job at our branding, being true to ourselves aesthetically, and being transparent with our customers."

Right now the only way to get the ice cream is through regimented regular drops, which require strict adherence to pickup guidelines so that the system is fair. Occassionally the ice cream has been available in "thick shake" form through a pop-up collab with Baddies called Well Done.

However, Ronquillo is hoping to get on Uber Eats since she's heard significant demand for that, and is hoping to scale up production in the near future with much-needed equipment, more space and another team member so she can bring us more flavours of even better quality ice cream.

"Right before the lockdown I thought we could maybe sell around 300 pints a month and throw pop-ups that served ice cream scoops. But now we're selling out of around 350 pints per week."

Preorders usually go live every Thursday on Tock, so watch the Ruru Baked social media to find out what time to log on and stake your claim to a taste of this new Toronto ice cream legend.