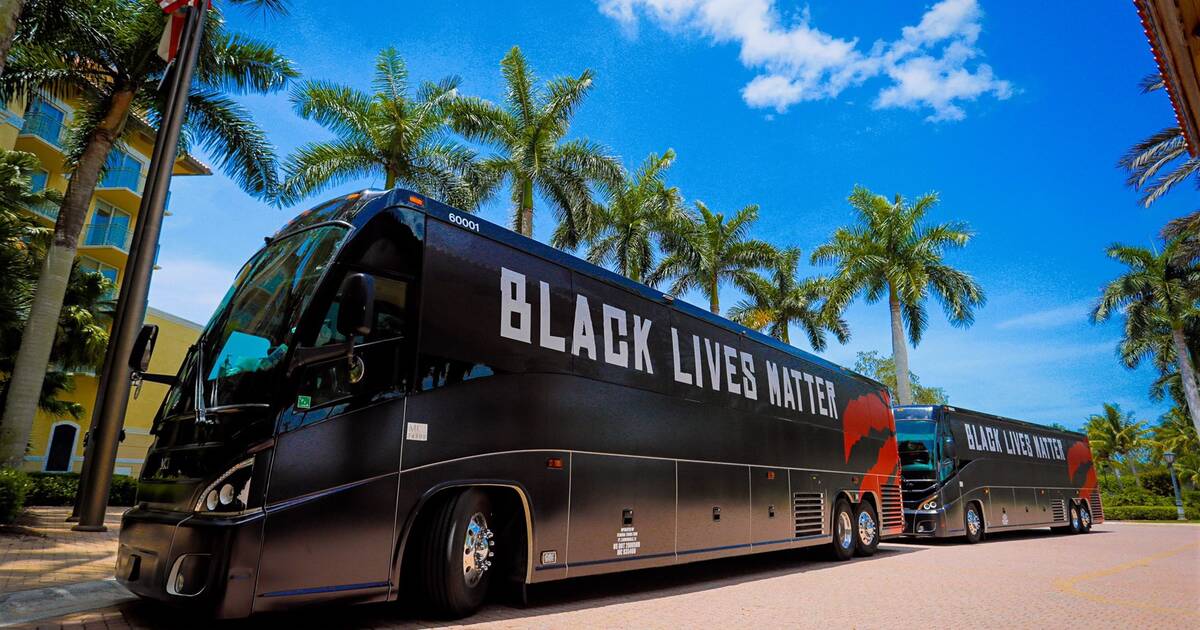 The Toronto Raptors have officially added a whole new meaning to the phrase "riding in style," as they just unveiled several team buses with the words "Black Lives Matter" printed in a massive font across the windows.

The Raptors are currently in Florida practising for the remainder of the NBA season, and they'll be using these buses emboldened with the powerful statement throughout their time at the Orlando campus.

"Silence is not an option," wrote the organization on Twitter alongside photos of the vehicles.

Silence is not an option. pic.twitter.com/qpn8sMo2nu

Meanwhile, many Raptors fans have taken to Twitter to commend the team for taking such a strong stance on the issue of racism, and for making their views publicly known without hesitation.

"Just when I thought I couldn't love this team more! #WeTheNorth," wrote one proud fan.

"Proud of all of you!! Thank you for representing our country well. #EndRacismNow," wrote another.

"I'm not sure when the Raptors became the best ran organization in the NBA, but I am LOVING it," wrote yet another impressed supporter.

And while the response to the buses has been overwhelmingly positive, it's worth noting that this is not the first time the Raptors have spoken out against anti-Black racism.

Back in May, just several days after George Floyd was murdered and protests erupted across the continent, the organization released a powerful statement on the issue of racism.

Statement From The Toronto Raptors: pic.twitter.com/almbXwi005

"As an organization and a community, we come from all over the world. We are diverse, we speak different languages, but our shared humanity unites us. When we see racism and violence committed against someone because of the colour of their skin, we should, and do, feel outrage," they wrote.

"We cannot accept this. While we grieve for those we have lost, we know grieving is not enough. We must honour their memory by acknowledging these ills exist, confronting them, and coming together to create a better society. It is far past time."