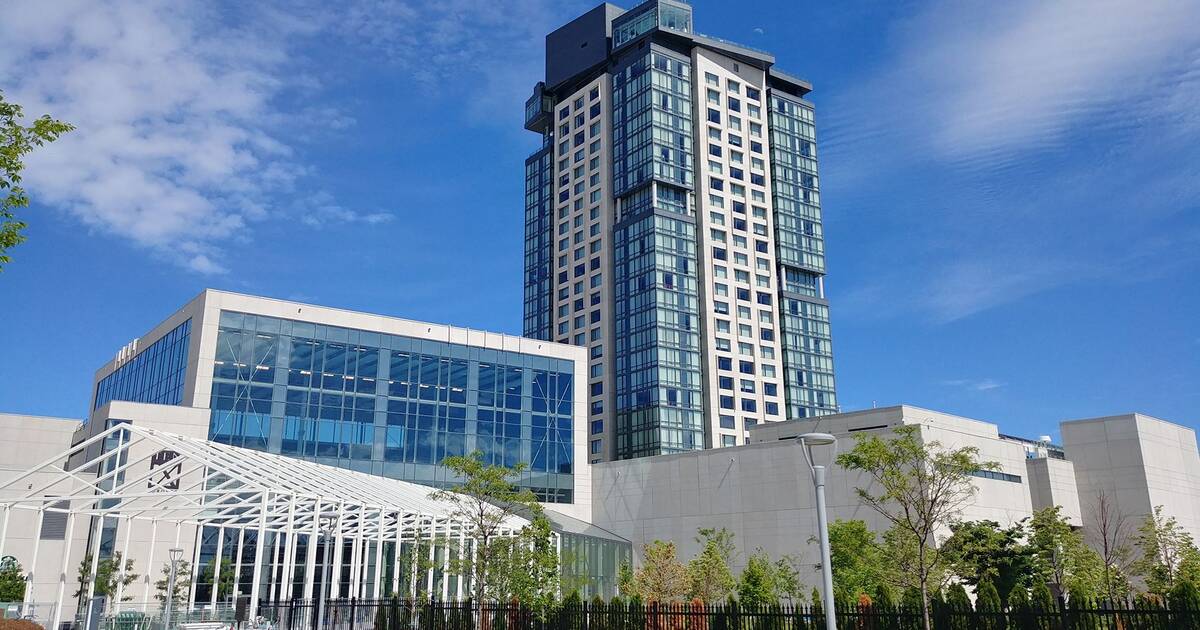 What happens when you force 12 rival hockey teams to live, eat, play and work together in a secure "bubble zone" for months at a time?

Staff members at two of downtown Toronto's hottest hotels are about to find out.

TSN is reporting that Hotel X and the Fairmont Royal York will soon be filled to the brim with professional athletes, and while neither hotel could publicly confirm the high-profile upcoming reservations, the latter has already cancelled bookings to accommodate NHL players.

A blogTO reader revealed to us on Wednesday that the Royal York had abruptly cancelled her sister's wedding at the facility "due to the NHL coming to town and them hosting as the bubble hotel."

Meanwhile, on the grounds of Exhibition Place, Hotel X will play home to the Boston Bruins, Tampa Bay Lightning, Washington Capitals, Philadelphia Flyers and Pittsburgh Penguins — a group that my boyfriend just described as "all the fighting teams that hate each other."

Hockey fans are predicting plenty of drama to arise from the unusual situation, which will see 24 NHL teams remain inside designated "bubbles" — one in Toronto, the other in Edmonton — for the duration of the 2019-2020 season.

Anyone up for a reality show based on the NHL COVID hotel room assignments? We'll call it #BigBrotherNHL https://t.co/Bf5pZ88guF

The NHL has yet to confirm any dates or even locations, but TSN reports that teams are slated to arrive in their hub cities by July 26. Games are reportedly set to begin on Aug. 1 and, if all players consistently test negative for COVID-19, the Stanley Cup finals would be sometime in October.

A tentative agreement between the league and its players' association obtained by TSN revealed that each team will be allowed to bring 52 people with them into the secure bubble zone — 31 of them players, the rest of them doctors, coaches, owners, executives, staff and "one content creator / social media member" per party.

"Each bubble will be tightly secured, no one will be able to enter/exit that is not authorized. Players will be living in single occupancy rooms, no roommates, with each team assigned designated floors," writes TSN senior hockey reporter Frank Seravalli.

"Players are not permitted to enter each other's rooms. Housekeeping will be provided every third day. Hotel bars and restaurants will be open and available in the bubble, provided social distancing is followed."

ACTUALLY NHL players from opposing teams whenever they run into each other at the hotel just before they start pulling hair pic.twitter.com/WOYC8NM5U3

It doesn't seem as though the players will be interacting with each other as much as NHL fans might like to imagine, but players will all have access to hotel pools and fitness centres.

"The NHL is also planning for league-approved 'excursions' both inside and outside of the bubble. Think designated tee times at a local golf club, etc.," writes Seravalli.

"There will also be outdoor areas to walk, exercise and mingle on campus."

Those walks could get spicy, particularly at Hotel X, according to fans on Twitter.

Calling it Hotel X and putting these teams in it is the @nhl basically admitting it’s Thunderdome 😂😂😂 https://t.co/ZFp9uMbPxz

The Royal York could see its fair share of drama among temporary residents as well, however, with seven teams (as opposed to five) in the mix and some noted rivalries.

"People getting too hyped about Hotel X like Royal York isn’t gonna have some mean girls level pettiness," wrote one Twitter user.

"Jackets will stay at the Royal York. Same hotel as the Maple Leafs," wrote another of the Columbus Blue Jackets. "Should make for some interesting chirping in the hallways and byways."

It should also make for some very interesting stories from hotel staff. Hit me up!