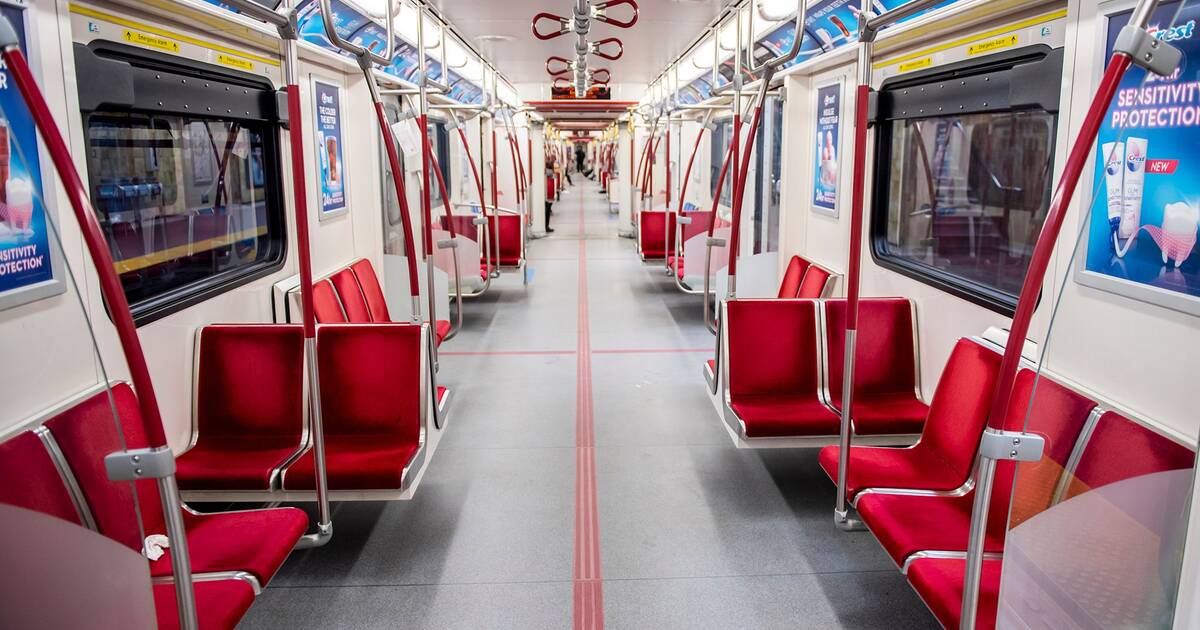 Non-medical face masks or coverings have been mandatory on the TTC since July 2, and it seems far more of the city's transit users are complying with the new policy than some would have expected.

As of Monday, according to TTC spokesperson Stuart Green, some 84 per cent of customers were already wearing masks.

At the time, he said compliance was only expected to go up following the implementation of the City of Toronto's own mandatory mask bylaw.

And he was right.

Friday morning, Green tweeted that official TTC tallies have seen compliance jump from 84 per cent to 94 per cent in the past three days, based on almost 14,000 customer observations.

Green also conducted his own miniature mask tally Friday morning, in which he found a 97 per cent compliance rate out of a small sample of 110 commuters.

"Torontonians overwhelmingly want to do the right thing for their fellow citizens. And they are proving that on the TTC," Green told blogTO earlier this week.

The fact that transit riders are, for the most part, complying with the mask policy is likely welcome news to those who've been complaining about the fact that the TTC has not yet issued one fine to people who refuse to wear masks, even after a group of protestors purposely boarded the subway without face coverings of any kind earlier this week.

But the reality is, some riders are exempt from the policy for several different reasons, making enforcement extra difficult.

Children under two years of age, anyone with an underlying medical condition which inhibits the ability to wear a mask or face covering, people who are unable to place or remove a mask or face covering without assistance and TTC employees and agents within an area designated for TTC personnel and not for public access (or within or behind a physical barrier or shield) are all exempt from the policy.

And while anyone in these categories can obtain a mask exemption card or button from the TTC to identify themselves, they are not required to.

So, the TTC is  focusing on education rather than enforcement, and it seems to be working thus far.