Toronto street named after slaveowner will soon be called something else 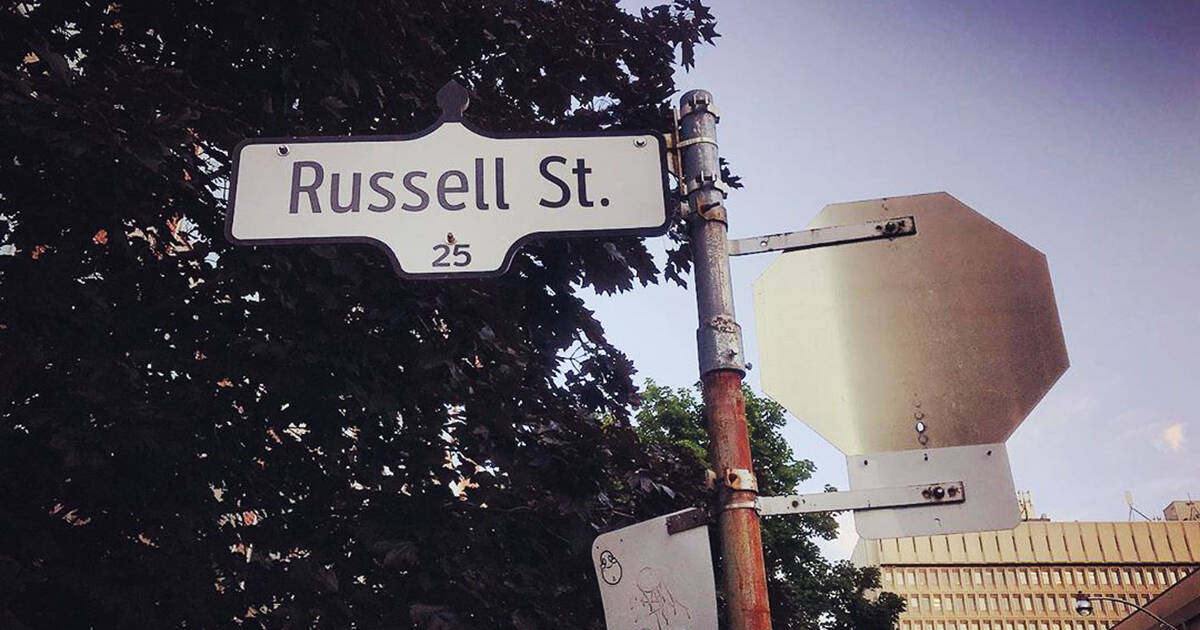 A street that runs through the University of Toronto will no longer be named after one of Toronto's nefarious slaveowners.

Russell Street — which takes its name from Peter Russell, an Upper Canada official known as a gambler, anti-abolitionist, and overall crummy guy — will instead be named after the distinguished scientist Dr. Ursula Franklin.

The decision to change the street name came in March, voted on unanimously by the Toronto East York Community Council and initiated by Michael Valpy, a senior fellow at U of T's Munk School of Global Affairs and Public Policy.

While Russell Street's sign still remains today, its last days draw near while other conversations regarding the renaming of problematic Toronto streets (like Dundas, named after another politician and slaveowner) continue.

There are actually two other streets in Toronto namd after Russell: Peter Street, located in the Entertainment District, and Russell Hill Road, which runs through the wealthy Forest Hill neighbourhood.

A township in Eastern Ontario has also circulated a petition recently to change its name from the Township of Russell to something not affiliated with the 19th century racist.

Those unfortunate references remain, but U of T's street will soon be rid of its bigoted connections thanks to new street signage that will cost roughly $500 to install.

Peter Russell was considered a controversial Upper Canada official, even in 1796, when he was appointed the first administrator of the colony.

He had a gambling addiction, according to multiple historical records, had a reputation for running from his creditors, spent time in jail, and was allegedly married to his half-sister, Elizabeth (who sounded equally terrible).

Today, Russell's name is used in the City of Toronto's anti-Black racism training course for employees. Government archives depict Russell putting a Black woman named Peggy and her 15-year-old son Jupiter up for sale. For reasons unknown, the city decided to name a street after him in 1860.

On the flip side, Ursula Franklin was a pioneering scientist and feminist who held more than 20 honorary university degrees.

She taught at U of T's faculty of engineering for more than four decades and was also the founder of the peace group, Voice of Women. There is already a senior high school named after her in the High Park area.

It should be noted that the renaming does not promote Black history or involve a Black historical figure, as many have advocated for.

It's not clear how much longer the Russell signs will stay up, but the sooner it goes, the quicker his dreadful legacy fades away.