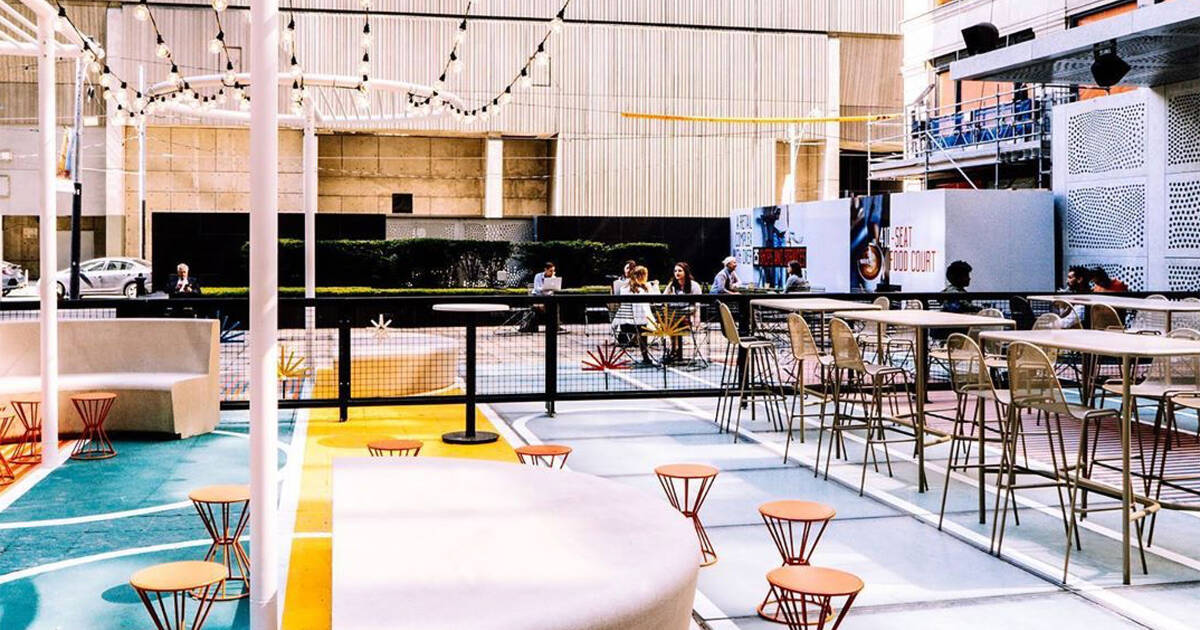 One of Toronto's biggest patios attached to a giant food hall has reopened, and being licensed for 500 means it can still seat a ton of people even with social distancing.

Assembly Chef's Hall reopened its patio on June 26, bringing a tiny bit of life back to the currently dead Financial District.

Marissa Kelly, director of strategic operations for Assembly, says though the neighbourhood is still "empty" the newly reopened patio has a "safe, good vibe" and that new restrictions and regulations should feel "self-explanatory."

According to Kelly, Assembly Chef's Hall has followed all Toronto Public Health Guidelines with stanchions, barricades and markings, as well as sanitizer at all entrances and separate entrances for takeout and the washroom. Every other washroom has also been blocked off.

With 18,000 square feet of space, there is ample room inside the hall for social distancing should it be needed. In case of rain, space has been designated for people to safely shelter inside. Space has also been designated for a lineup should one form.

Assembly Chef's Hall never set out to have reservations, but unlike before they are now on OpenTable, and also unlike ever before now offer table service.

According to Kelly, Colibri is the only vendor currently open at this time, and all others are opening on their own individual timelines. There's an airstream bar out on the patio right now, but soon Assembly will become home to a Bar Aperol Pop-Up and a Lost Craft Bottle Shop.

Assembly Chef's Hall is currently open Thursday to Saturday, but they're still ironing out hours of operation and are looking at extending that to Tuesday to Saturday.