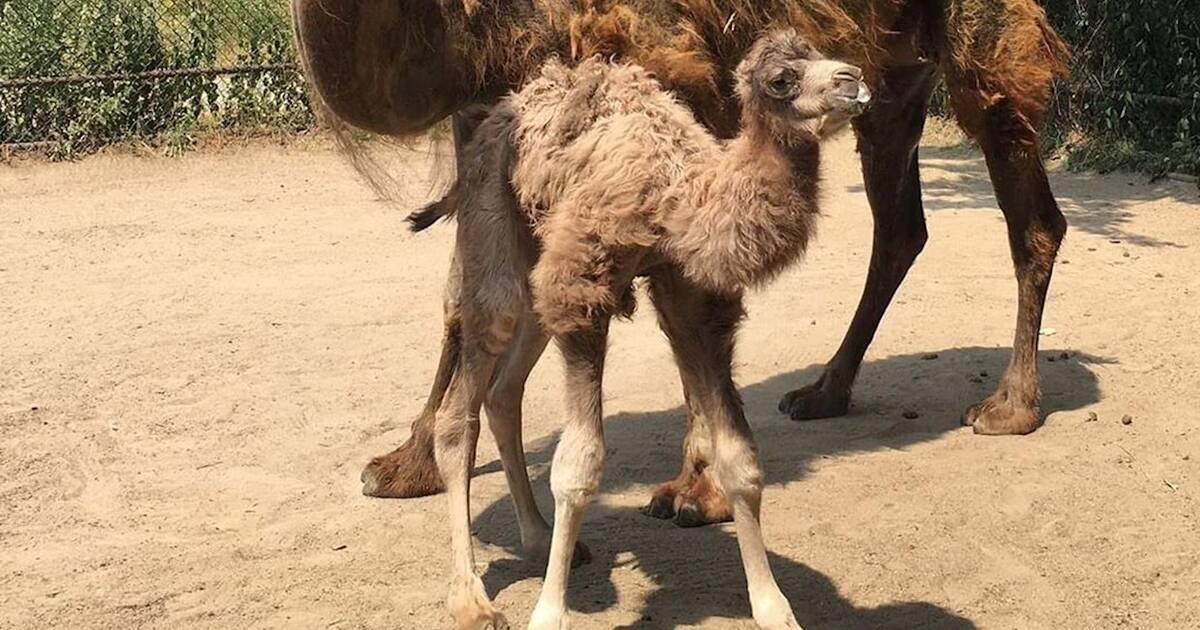 The Toronto Zoo announced the birth of a new baby camel today, and it's totally the good news we need right now.

The female calf was born yesterday to five-year-old camel Suria, and it was the first offspring for her and her mate Zip. If you thought human pregnancy was brutal, camels have it even worse: the baby had been gestating for around 14 long months, and weighs a whopping 45 kilos.

The baby is 45 kilos of straight up cuteness, though, with her long gangly legs and fluffy fur.

Suria, a five-year-old Bactrian camel, gave birth to a healthy female calf on Wednesday, July 8th! 🐫 This is the first offspring for both mom Suria and dad Zip. Bactrian camels have a 13-14 month gestation, so it's not surprising that this is a big baby: the calf weighs 45 kg! The calf appears healthy and is successfully nursing, however the first 30 days are critical and Zoo staff will continue to closely monitor both her and mom. . Suria and her calf are currently in the Bactrian Camel Habitat in the Eurasia Wilds area of the Zoo, however, the calf will not be viewable to the public at this time. You may catch a glimpse of the new calf while he/she is given access to the paddock for exercise periodically. 🐫

Suria, Zip and the baby are all Bactrian camels. The Toronto Zoo is keeping a close watch over the mother as well as the baby as the first 30 days of its life "are critical" according to an Instagram post announcing the news, which now has over 2000 likes.

The calf and Suria are currently habitating in the Eurasia Wilds area of the zoo, but are not able to be viewed publicly right now, though you might be able to sneak a peek during periodical exercise in the paddock.