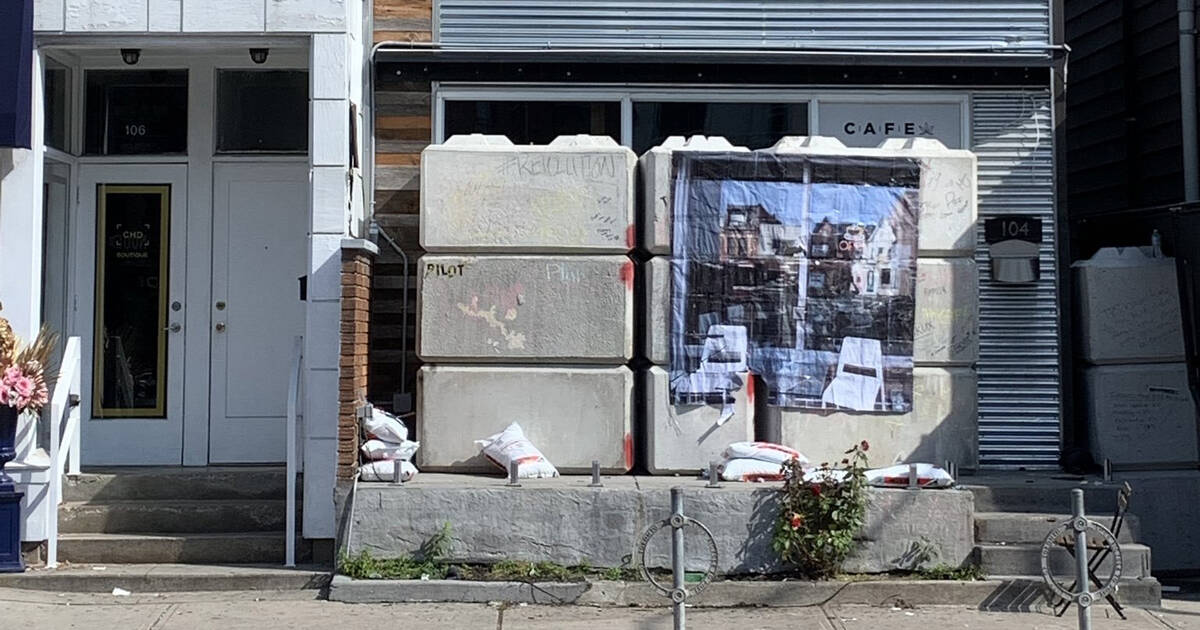 Toronto's most notorious illegal dispensary chain could be trying to go legit, if the results of Ontario's second legal pot shop licence lottery are any indication.

CAFE's popular location at 104 Harbord Street is one of 13 Toronto addresses listed on the AGCO's website right now, as winners of the August 20 "cannabis retail store lottery draw."

This doesn't mean CAFE has the city's or the provincial government's permission to start selling weed again (if they ever even stopped) after repeated police raids and closure orders.

It does, however, mean that the person who filed an expression of interest for that location may now apply for a cannabis Retail Operator Licence and a Retail Store Authorization.

Looks like CAFE on Harbord is going legit. https://t.co/urFpisE2xP pic.twitter.com/Aw2pmZf1KL

"Applicants have until August 28, 2019 to do so, at which point the AGCO will undertake its full eligibility and licensing review," reads the regulatory body's announcement of all 42 Ontario cannabis lottery winners.

"The AGCO will only licence applicants and authorize stores that meet all legal and regulatory requirements."

And therein lies the rub: CAFE is literally famous for its open defiance of the law.

All four of the chain's Toronto locations have been raided in recent months, some of them multiple times per week as city bylaw enforcement officers cracked down in an attempt to stop the company from selling unlicenced cannabis products.

This is bonkers. One of winners is located at 104 Harbord, the first of the Toronto CAFE dispensaries to be raided and closed. Numbered corporation doesn't mention names associated w/CAFE, but director's named as Richard Heydon, who's also a director of Kind Farms Inc. https://t.co/NSgXgwo3wD

CAFE has managed to continue operating despite this, however, thanks to a sneaky loophole in the Ontario Cannabis Act, an online sales and delivery system, and even by selling marijuana outside in front of their blocked off stores.

This spring, when the Ontario's legal retail stores were given authorization to open, illegal dispensary owners were warned that violating the province's new sales laws could result in them being barred from ever getting a legitimate retail licence for cannabis in the future.

As per the AGCO's website, a person cannot hold a Retail Operator Licence or get Retail Store Authorization if they have "been convicted or charged with any offence under the Cannabis Licence Act" or other offences under the Cannabis Control Act.

They don't need to be convicted to be disqualified either — operators can be denied merely for "carrying on activities that are not in compliance with certain offences under the Cannabis Control Act (CCA) and Cannabis Act (CA)."

104 Harbord Street is CAFE... How does that jive with the rules about not licensing businesses who continued to operate illegal dispensaries after October 17th? https://t.co/D2VjIakXZm

A steady trail of news stories and social media posts provide plenty of evidence to suggest that the activities carried out at 104 Harbord St. are in volation of current cannabis sales laws.

The one way we might see a legal pot store open at that location is if CAFE removes itself from the equation completely.

Like many applicants, the company behind the bid for a licence at 104 Harbord St. used a generic name for its application: "11180673 Canada Inc."

The unnamed corporation was registered in January of this year to an address in Hamilton.

Based on what CAFE has said in the past about never shutting down, it doesn't seem likely they'd sell off the business for somebody else to take over. But who knows? The company has yet to respond to a request for comment.

We'll find out more when the AGCO authorization announcements start rolling in.

by Lauren O'Neil via blogTO
Posted by Arun Augustin at 1:29 PM