People are now protesting in Toronto to save the Amazon rainforest 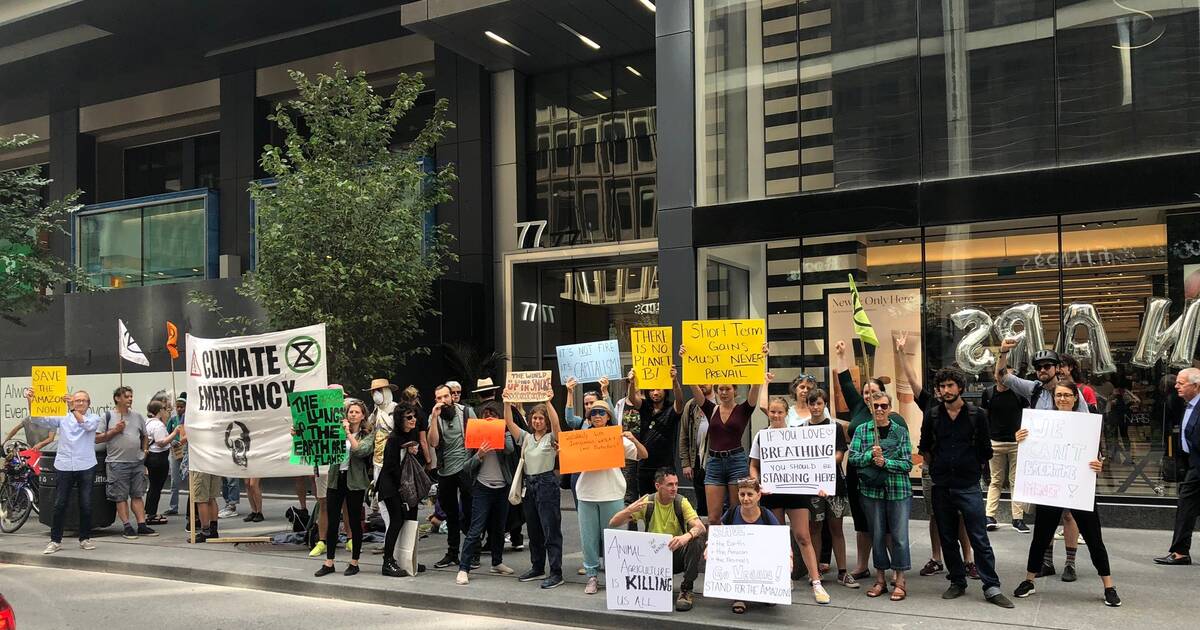 The planet's lungs are burning — and protesters in Toronto are now demanding action.

Parts of the Amazon rainforest, which produces 20 per cent of the oxygen in the Earth's atmosphere and is therefore often referred to as "the lungs of the earth," have been on fire for days now.

I couldn’t agree more, @EmmanuelMacron. We did lots of work to protect the environment at the #G7 last year in Charlevoix, & we need to continue this weekend. We need to #ActForTheAmazon & act for our planet — our kids & grandkids are counting on us. https://t.co/KwaR8Eevq5

Environmentalists and activists are warning that the Amazon is one of the most important ecosystems in the world, and we simply cannot survive without it.

Activists are gathering outside the Brazilian Consulate in Toronto at 77 Bloor this morning to protest the Brazilian government’s reckless environmental policies as the Amazon burns. We’ll be here until 2pm, join us!#ActForAmazonia #OurLungsAreOnFire pic.twitter.com/H1ijovI6Ob

Although fires in the rainforest are routine, Brazil’s space research centre, Instituto Nacional de Pesquisas Espaciais, has said more Amazon rainforest fires are burning right now than ever recorded before.

Protesters all over the world are taking a stand and demanding something be done, referencing the money donated during the Notre Dame fires as the level at which we should be taking action.

When Notre Damn cathedral was burning there was worldwide outcry over the devastation of this ugly building, why hasn’t there been the same amount of coverage for the Amazon rainforest which is burning out of control destroying acres of forest and killing animals of all species.

Toronto joined in the fight this morning when activists gathered at the Brazilian consulate to protest.

Extinction Rebellion was on site, a global protest group committed to using civil disobedience and nonviolent resistance to protest against climate breakdown and biodiversity loss.

We are gathering outside the Brazilian Consulate in Toronto at 77 Bloor this morning to protest the Brazilian government’s reckless environmental policies as the Amazon burns. We’ll be here until 2pm, join us!#ActForAmazonia #OurLungsAreOnFire #ExtinctionRebellion#XRToronto pic.twitter.com/yLGzk1utiB

Protesters chanted "Liberate the animals," and "Why aren't you out here too," as they encouraged cars driving by to honk for climate action.

Brazil's President has been widely criticized for his inaction on the issue, and CNN reported that the fires "were set by cattle ranchers and loggers who want to clear and utilize the land, emboldened by the country's pro-business president."

According to Global, major world leaders are also withholding funds from Brazil in order to pressure the country into action.

by Mira Miller via blogTO
Posted by Arun Augustin at 12:19 PM