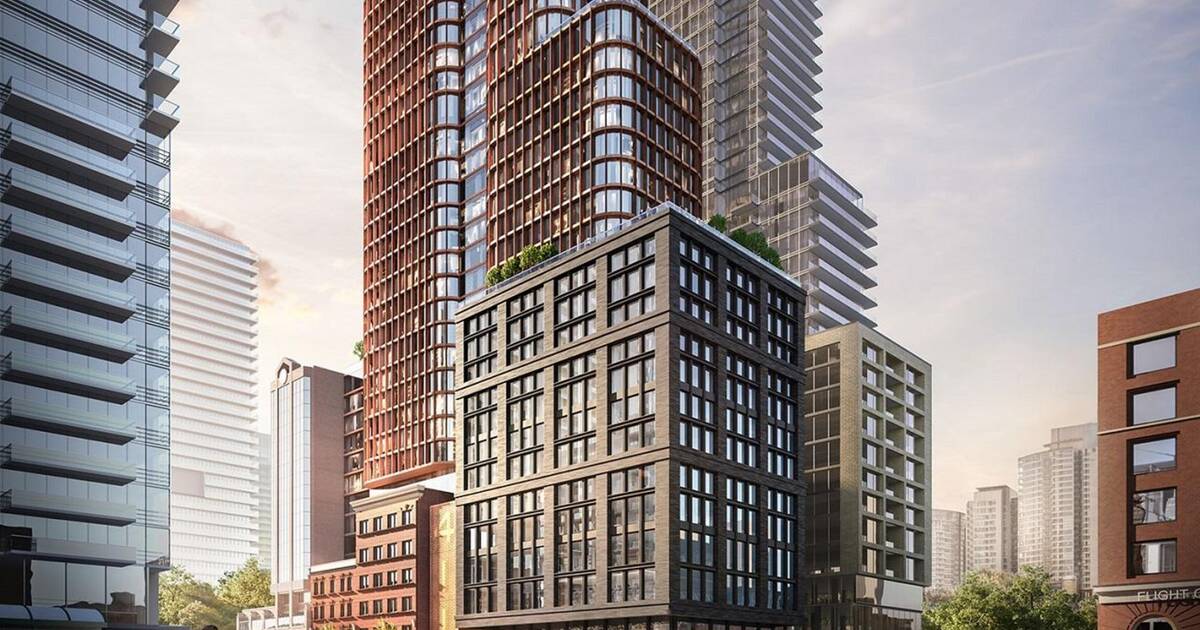 It's nearly impossible to find somewhere to live in downtown Toronto, despite the fact that it's swarming with condos — but if you're in the process of looking for a place, a new condo at the corner of King and Spadina might just be here to answer your prayers.

Back in 2010, a rezoning application was filed for the redevelopment of a then-new LCBO location at that intersection, according to Urban Toronto.

Since then, there's been lots of back and forth about designs and development partners.

Now, finally, a new design by Great Gulf and Terracap for a building called Four Eleven King Condominiums has been released.

Their website shows a rendering of the proposed 42-storey building, designed by KPMB Architects and Quadrangle. 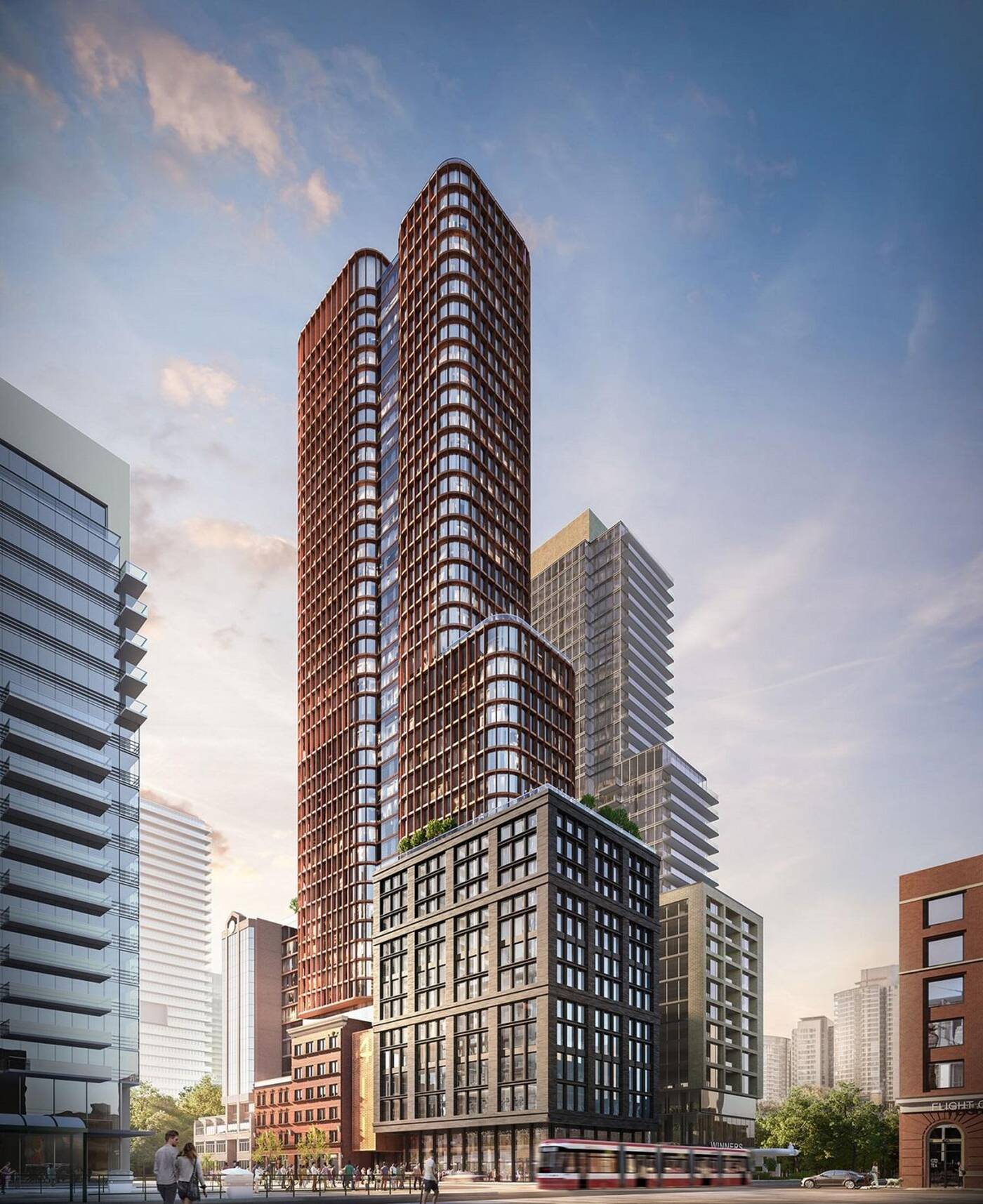 A building called The Taylor is currently under construction next door, and the rendering appears to match the design of that building.

The style of a six-storey heritage building at 401 King St. West also appears to be incorporated into the base of the building.

No planning applications based on the new design have been submitted to the city just yet, but the new branding and website indicate that might be the next step for this potential downtown building.

by Mira Miller via blogTO
Posted by Arun Augustin at 11:39 AM