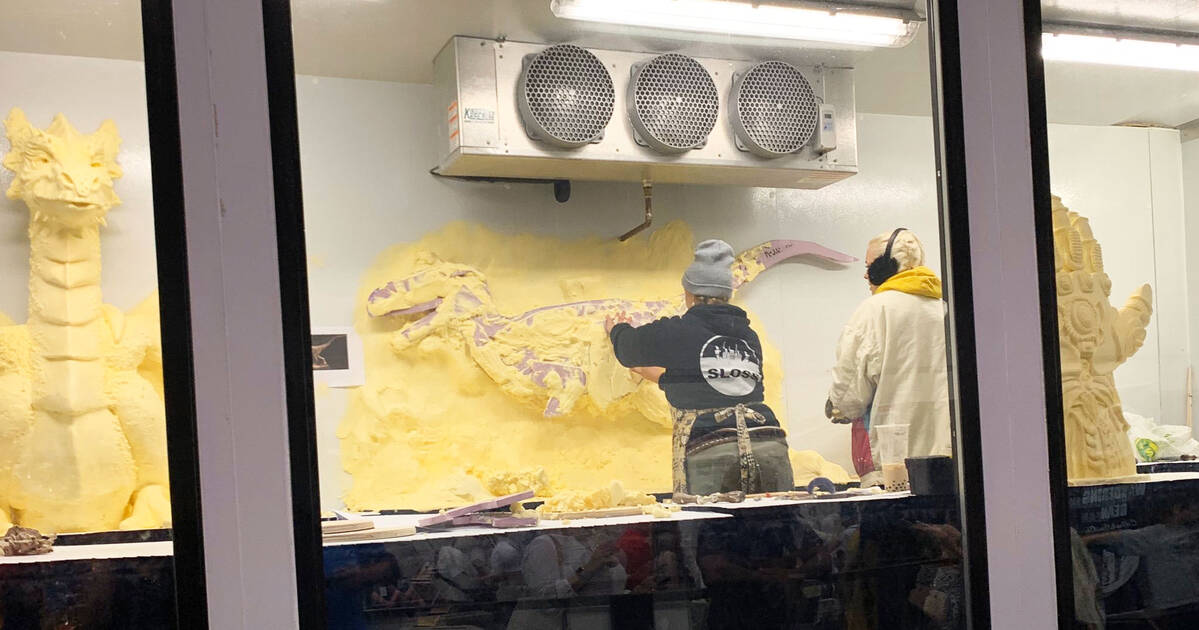 In the biggest scandal to hit the CNE since the cronut burger, Torontonians have just found out that the Ex's butter sculptures aren't actually made out of solid butter.

Not 100 percent anyway, according to a tweet that's gone viral for exposing the fact that butter sculptures are "just pieces of plastic covered in butter."

TIL, the butter sculptures at the EX are just pieces of plastic covered in butter.

The Internet collectively lost their marbles over the photo taken by Stephen Punwasi, which shows an artist using some sort of mould to create her Raptor-shaped sculpture.

"That's honestly heartbreaking. I blame capitalism," tweeted back one person.

The news has appeared to shock many, despite the fact that, you know, it's butter. What did you expect? It's supposed to spread on toast.

As it turns out, the 'plastic mould' being used was actually foam from Home Depot, according to Rebecca Hollet, the sculptor who was captured in the photograph.

In an interview with the CBC, Hollett revealed that all butter sculptors use an armature, or skeleton, to help maintain the sculpture's shape.

Her Toronto Raptor—which works well for the CNE's butter sculpture theme this year: victory—is still 90 percent butter, she told the CBC, and she's surprised at the Twitterverse's reaction.

What can we say, we can't believe it's not (all) butter.

by Tanya Mok via blogTO
Posted by Arun Augustin at 11:44 AM