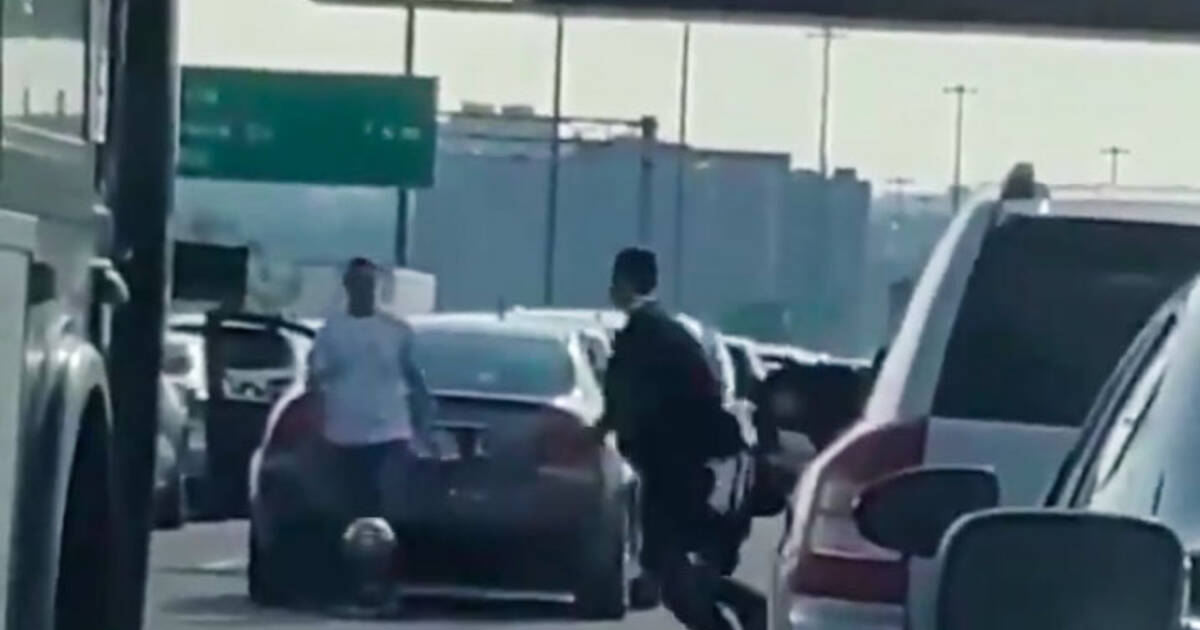 We've all been there: Stuck in gridlock traffic on a highway with nothing around for miles but other bored, frustrated people sitting idle in their cars.

You can only entertain yourself with podcasts for so long — and with Toronto's Highway 401, you never do know how long it's going to be before things get moving again.

Two men recently took the matter of gridlock boredom into their own hands (er, feet) during one such traffic jam in the GTA by getting out of their cars to play a bit of footy.

A Twitter account that bills itself as the "Official Highway 401 trucker page" posted video footage of the scene on Sunday afternoon, writing "401 got people playing soccer."

People were spotted playing soccer during a traffic jam on the 401 - 📹 @401_da #Toronto #Hwy401 pic.twitter.com/roPGmjFh9C

In the video, we see two men — one of them wearing a suit — dribbling a ball with their feet and passing it between them.

It is not immediately clear where along the 401 this happened, though the original tweet was tagged with #toronto, #mississauga and #brampton (which Highway 401 does not run through.)

Wherever this happened, it was clearly a part of the highway where things weren't moving at all: A sign above the men states that all collectors lanes ahead are closed and most vehicles appear to be turned off.

"You could do this pretty much anytime of day on the 401," joked one Twitter user of the video.

True — and sad — but you probably shouldn't, for safety's sake.

by Lauren O'Neil via blogTO
Posted by Arun Augustin at 8:37 AM