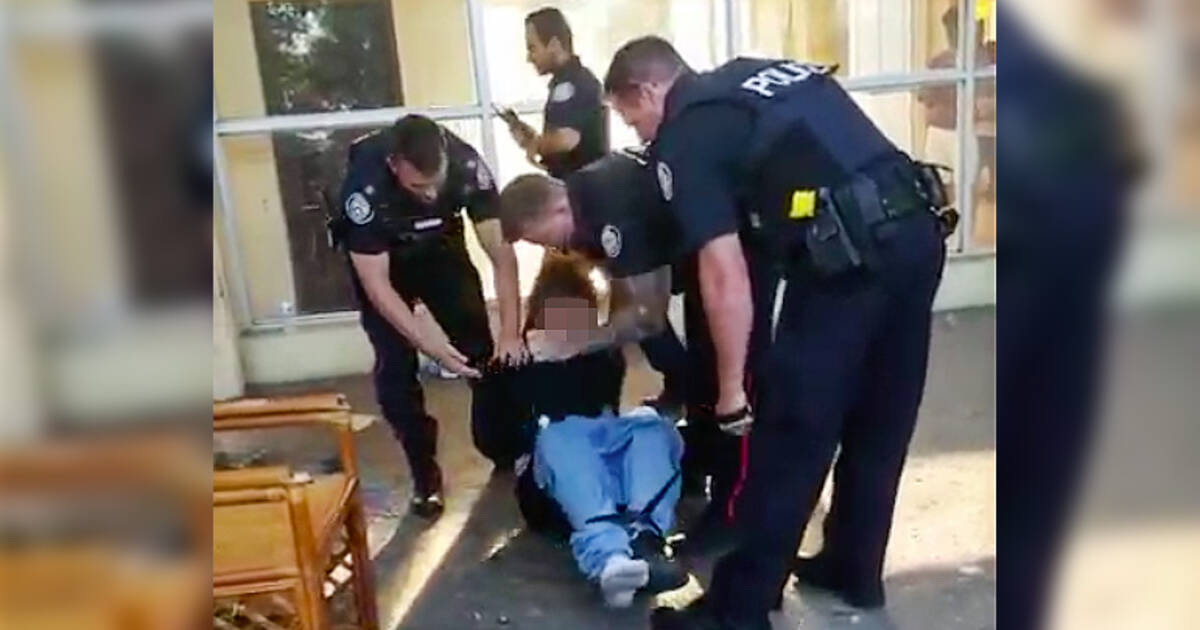 The mother of a 14-year-old boy is speaking out this week against Toronto Police in the wake of a dramatic arrest that was captured on camera near Jane and Finch.

Laura Barnaby alleges that her son was punched, beaten and tied up with his own belt by three police officers on Monday, resulting in several cuts, bruises and a hospital visit where he was told he needed to be monitored for signs of a concussion.

"They had no right to arrest and search him," she wrote in the caption of a YouTube video showing her distraught son at the hospital. "He was sitting down in his own neighbourhood with friends when the police came up and started harassing everybody."

That video was one of four posted to Barnaby's YouTube channel on Tuesday.

In the most-viewed clip from the incident, above, three police officers can be seen holding down the struggling teen while witnesses make comments such as "he's 14 year's old!" and "you're beating up a little kid, you know!"

The boy can be heard screaming and pleading for help while officers appear to pin him to ground and order him to place his hands behind his back.

No kicking or punching can be seen in this, or any of the bystander-shot videos Barnaby shared to Facebook, but at least one officer can be seen punching the boy in a roughly five-minute-long security footage clip.

"This is the video that was took in from the street camera of these officers assaulting my son," wrote Barnaby in the caption of that video.

"As you can see they're punching him when he's already in cuffs," she continues. "They slam his head against the wall, they don't stop, they hogtie him, and make him hop to the police car... he is underage and these are three grown police officers. I'm so disgusted."

The young man, who cannot be named due to the Youth Criminal Justice Act, is facing charges, according to police. His charges have not been specified.

"When the officers arrived on scene, they began investigating several people loitering and engaging in non-criminal drug activities which would have carried at maximum, a fine," said Toronto Police in a statement on Wednesday.

"One person refused to identify themselves as required by law, and after an interaction, caused the investigation to become a criminal offence," the statement continues.

"Due to the age of the person, we cannot comment in full detail in good faith, despite the fact the identity was made public by his parent. It is completely within the family's right to lodge a complaint with the Office of the Independent Police Review Director."