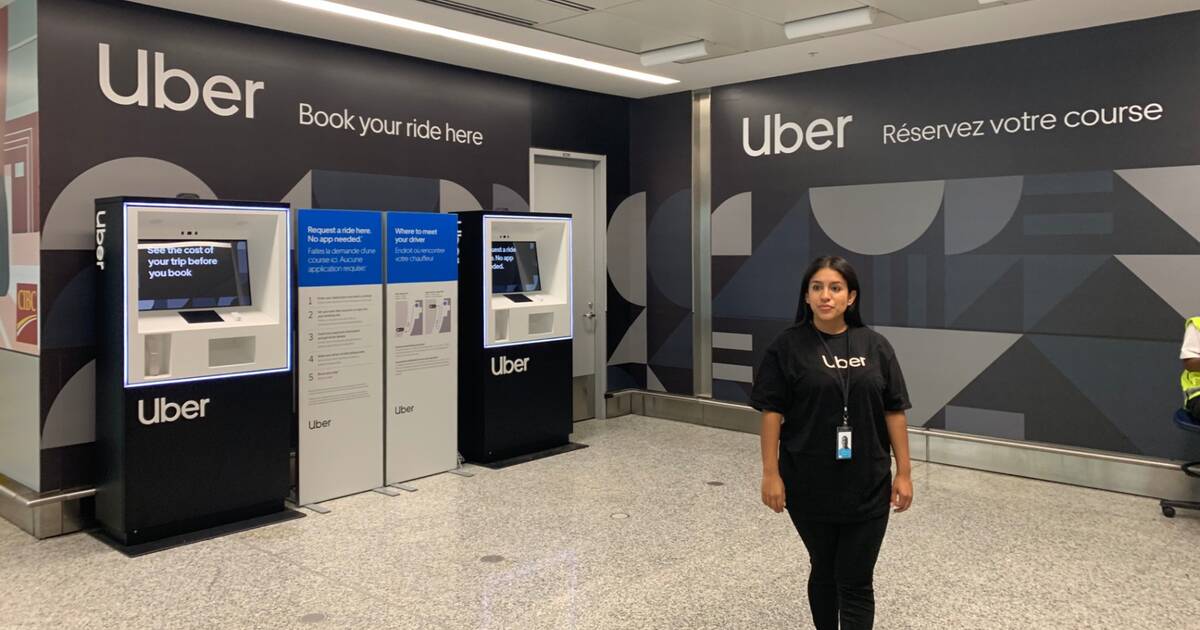 If you didn't already think we were living in the future, your mind is about to be changed: because you no longer need a smartphone to order an Uber from Pearson International Airport.

That's right, brand new kiosks were just installed so that your iPhone's depleted battery won't prevent you from ordering a ride.

Jon Kantrowitz, an interface designer for Uber, posted about the kiosks on Twitter.

Designed and launched a thing: Uber rider kiosks at Toronto Pearson Airport! Shout out to our first riders, a family from the Bahamas! pic.twitter.com/SHQ3tQ767r

Kantrowitz was the design lead for the kiosks. He was responsible for "the human interactions, user flow, and tablet user experience, which is the primary engagement for riders."

On Twitter, he said the system is being run as a trial at Pearson.

"The kiosk has two modes of use: Attract and Active. Attract is when we try to attract use, provide wayfinding info for those who use the app, brand and Uber awareness in the airport/city. Active is when the user is engaged with the kiosk trying to book a ride," he wrote on Twitter.

When asked by another Twitter user why Toronto was chosen for the trial, Kantrowitz said they had to choose a city and airport with a good relationship to Uber, the infrastructure and placement had to be decent and the space rental had to be cost-effective.

On top of that, another Twitter user pointed out that Pearson has been a hotbed for Uber trials in the past.

Live at Toronto’s Pearson Airport! For the first time ever, you can book an Uber without a smartphone at one of these kiosks.

Pearson Airport has been a hotbed for testing. Uber Eats partnered last year with the airport to do internal delivery/bring food directly to gates. pic.twitter.com/aPgANE7sbt

Kantrowitz also posted an early prototype he created on Twitter.

Here's early prototype I created that demonstrates what I'm talking about when I say designing for "feel". From this prototype everything quickly evolved. You can't get this from designing or sketching static mocks. This was also instrumental in gathering alignment across folks. pic.twitter.com/HExEFjWxEw

Images of the new kiosks are quickly spreading online, and travelers are praising their convenience.

I love this! A couple times I've ended up in a foreign country and my phone won't work immediately. It's hard and a little scary to get a rideshare.

It's a little surprising that Toronto is the first place to get these kiosks, since it wasn't too long ago that Uber pickups weren't even allowed at Pearson.

But who knows? If they're a success, maybe you'll eventually be able to order an Uber sans-smartphone from any airport in the world.

by Mira Miller via blogTO
Posted by Arun Augustin at 2:49 PM