Today's thunderstorm caused flooding and wind damage all over Toronto 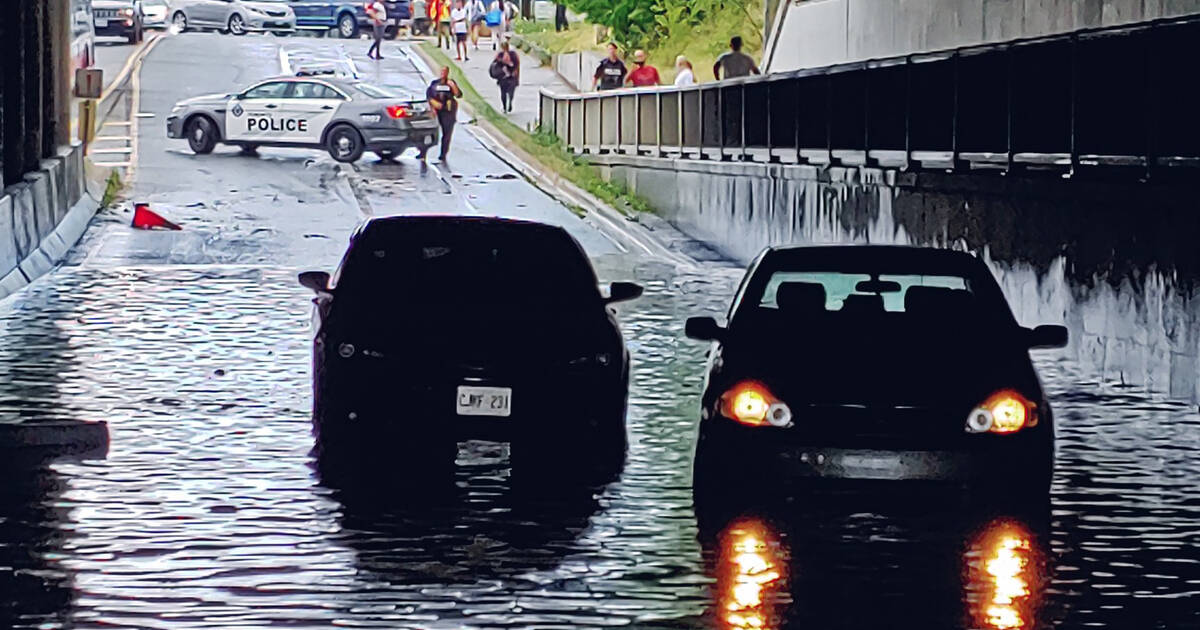 Seven years to the day since Toronto experienced its most-expensive natural disaster in history, residents of the city are once again cleaning up after flash floods and severe thunderstorms — many of them without power.

While not nearly as bad as the weather event that hit Toronto on July 8 of 2013, today's storm did cause a significant amount of property damage.

Not to mention plant damage.

This tree on High Park Avenue did not survive the onslaught #ONStorm @311Toronto pic.twitter.com/Z3QWhutSzF

Wild eyewitness photos and videos are, as always, plentiful.

Even before the rain started falling, Toronto Twitter users were sharing footage of a scary-looking sky — one made all the scarier by Environment Canada's (now cleared) tornado watch.

Is that rotation? Caught it before the sky ripped open. #ONStorm pic.twitter.com/HG5zg7FMEE

Lakeshore Boulevard looked more like a boat launch than a major expressway at one point.

And plenty of vehicles were held up by the onslaught of rain...

Including a TTC bus.

Update: The TTC bus made it through the Humber River expansion. #ONStorm pic.twitter.com/35BMJK1WeX

Toronto Police announced around 3 p.m. that they were receiving reports of a "car floating away" and of a "person in a canoe on roadway."

Storm drains stared spewing water back out into the city, forming tiny geysers on city streets.

And power was lost in many pockets of the city.

We have power thankfully but our neighbours to the north and south don’t. Lots of sirens. #YSW #ONstorm #floodTO pic.twitter.com/B5jLbWad6G

Toronto Hydro's most recent statement indicates that there is a "high volume of outages" across the city, but no specific number has been provided by the company.

Looks like over 15,000 customers in the dark on the west side of Toronto #ONstorm pic.twitter.com/01TGyrWC4S

In the wake of the brief storm, residents of the city are working together to clean up what they can.

At least it was a relatively fast one this time around, without any rescue boats needed and only a few "shark where it's not supposed to be" jokes.