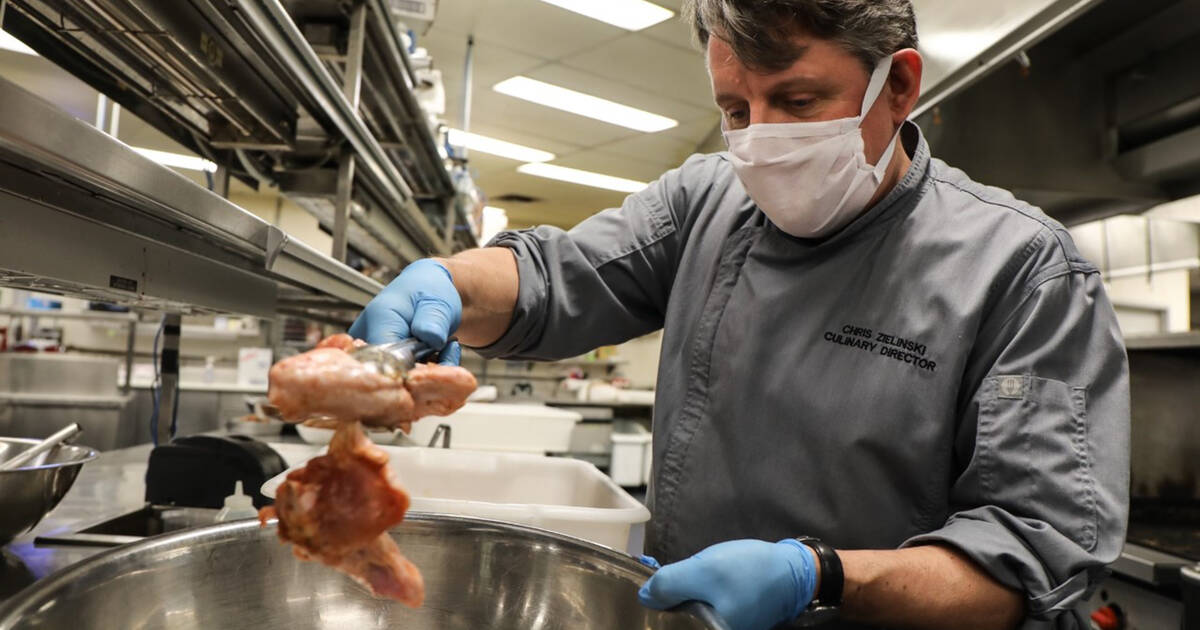 If there's anything good that has come from this pandemic, it's the acts of kindness and solidarity that have restored all of our faith in humanity.

A large portion of these acts as of late have been efforts to help out frontline healthcare workers, who are sacrificing the most right now to fight the infectious disease.

Restaurants, businesses and everyday citizens have come together to offer things like free nearby accommodation or free meals for hospital staff who are facing long and stressful shifts in a high-risk environment.

A handful of large Canadian companies are now joining in the movement, vowing to provide around 10,000 hot meals a day for workers on the front lines in medical facilities across the city.

And to do so, they'll be turning one of the city's landmarks into a giant kitchen.

Soooo happy to hear that the city is using Scotiabank Arena as a kitchen to serve meals everyday. Good job Toronto! 👍❤️

Maple Leaf Sports & Entertainment, Scotiabank and its subsidiary Tangerine Bank, Bell and Rogers have teamed up to turn the 19,800-seat Scotiabank Centre into an assembly line for dishes that will be delivered to local hospitals, as well as to organizations that feed the city's most vulnerable populations.

"Scotiabank Arena normally serves as a gathering place for fans to be entertained and cheer on their teams, but today, as the world deals with the overwhelming impact of the COVID-19 pandemic, our arena will serve as a place for people to come together and support our community when it is most in need," MLSE President and CEO Michael Friisdahl said in a release about the new initiative, which is called Bringing Toronto Back To Its Feet. 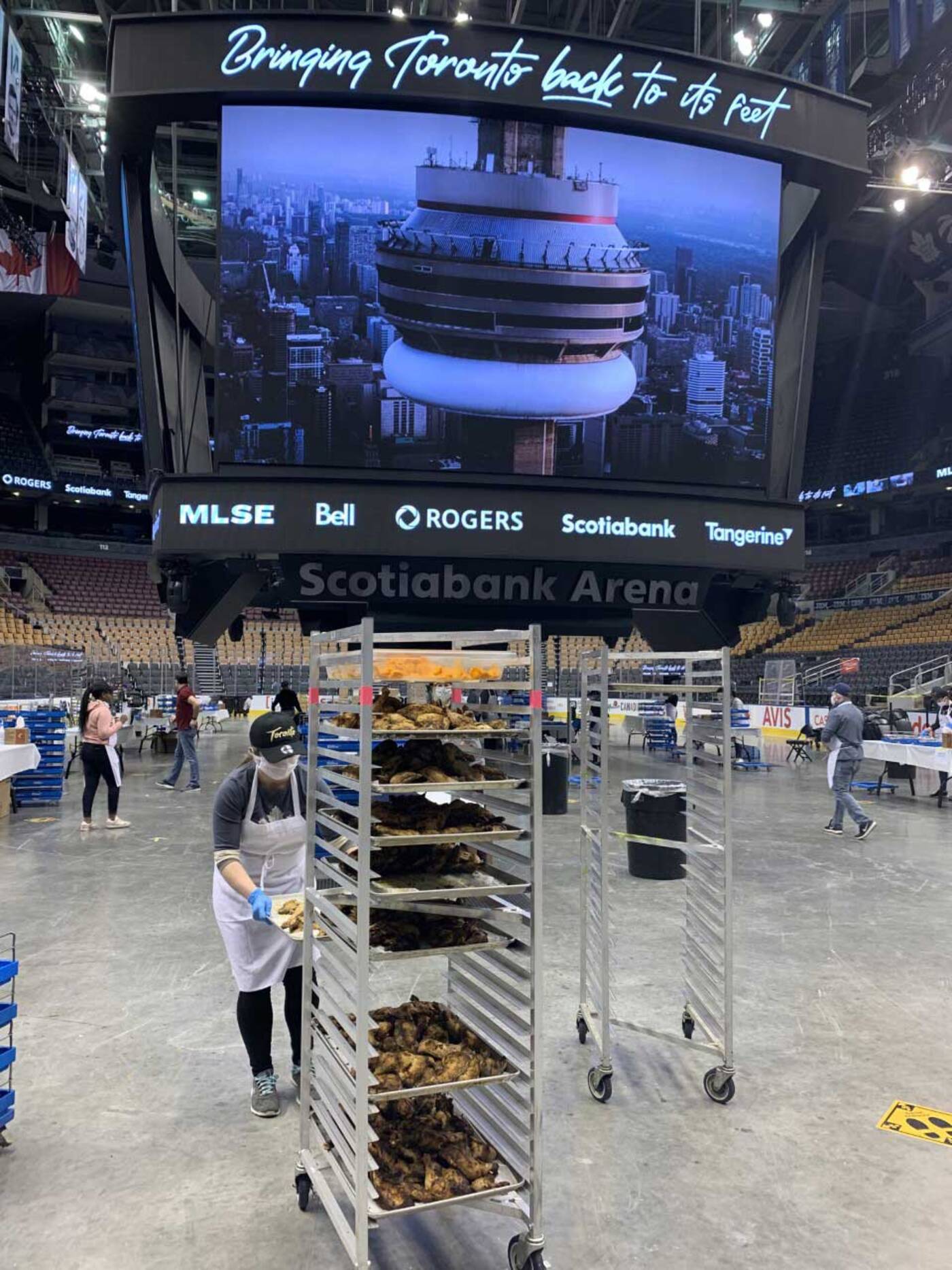 Scotiabank Arena has replaced the hockey rink with a makeshift kitchen. Photo via MLSE.

"We saw this as a chance to use our facilities and engage our people to serve our community."

While a pop-up kitchen is set up on the floor of the downtown arena that the city usually uses to watch the Raptors or Maple Leafs, the kitchen facilities at the nearby skyscraper Scotia Plaza will also be employed to cook.

Chefs will be whipping up meals five days a week until at least June, and the space will allow them to practice safe social distancing while they're at it.

Other local groups have also come on board, like food rescue charity Second Harvest, which will be helping to supply fresh, unsold ingredients for the project.

Wonderful initiative by MLSE and partners who announce this morning that they are using food prep facilities and staff at Scotiabank Arena to deliver 10,000 meals daily to various sectors in need. Bravo: pic.twitter.com/IG7NJHJOZe

It is certainly inspiring to see so many in the city coming together with a renewed appreciation for the work that our medical staff are doing to save lives, as well as with an interest in helping out the increasing number of residents struggling with food insecurity in this unprecedented time.

by Becky Robertson via blogTO
Posted by Arun Augustin at 6:51 AM