This new Toronto art gallery lets you sleep inside overnight 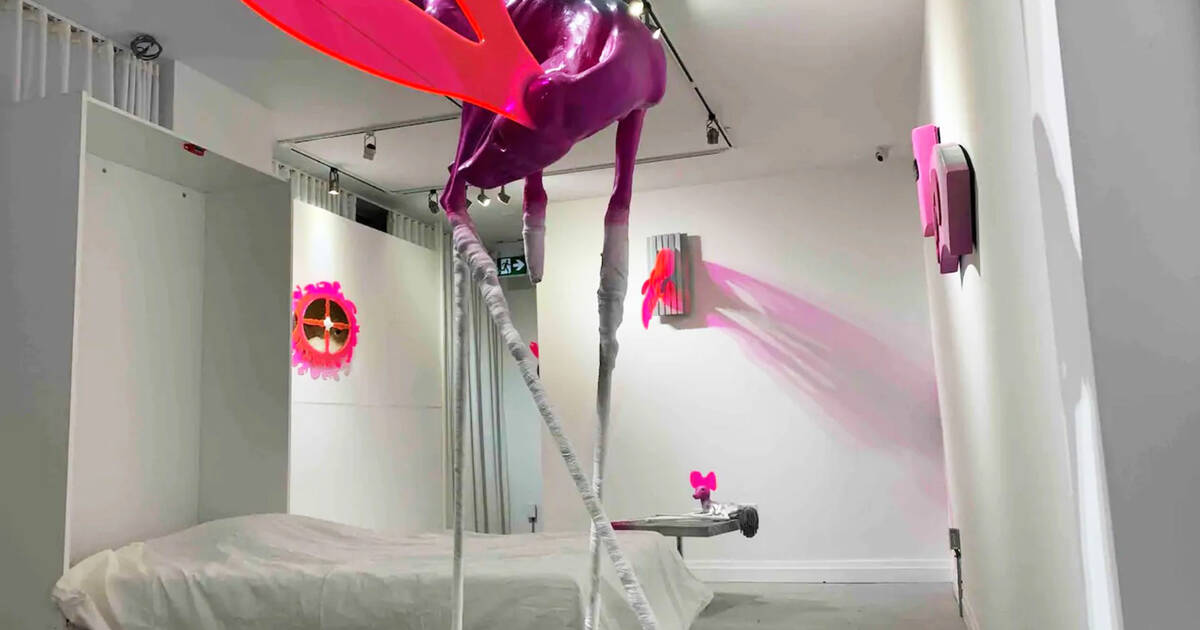 Two years after closing for renovations, a Toronto gallery has reopened with an exciting new concept: sleepovers with art.

Darren Gallery, the space formerly called the Gallery on Wade, has just launched a new program called Sleep With Art.

For $200, you can stay overnight in this recently renovated gallery, located just a few steps from Landsdowne subway station.

Totally subverting the idea that enjoying art has to be done standing (with good posture) and a wine glass in hand, you can marinade on some art while lying supine in your PJs, and in the comfort of two single Murphy beds, which fold out from the gallery walls. 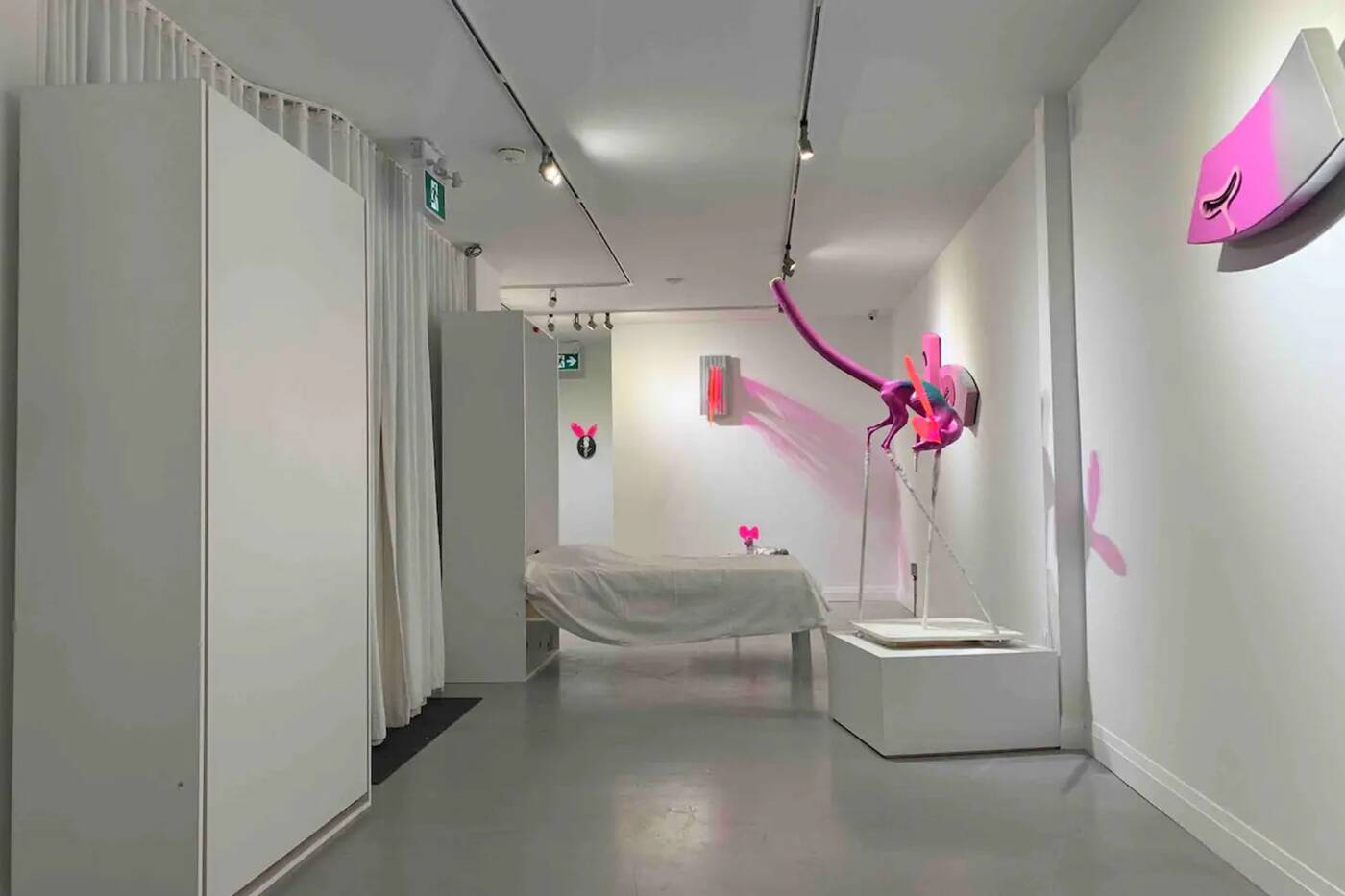 "If one walks by a commercial art gallery, chances are it's always stark and devoid of people, except the director sitting by their desk on the computer," says Darren Gallery founder Apollonia Vanova.

"If one musters up the courage to actually walk in, the feeling is usually cold with the salesperson most likely ignoring you or seeming annoyed at having you walk in."

Vanova says allowing people to spend the night allows people to take their time with art, breaking down barriers of what might usually seem like a lofty, upscale experience.

"This is to encourage a more relaxed atmosphere where one can, on their own time, connect and gain a better understanding of the work by spending sufficient time with it," says Darren Gallery's founder Apollonia Vanova.

One upcoming exhibit, The Hunting Project by Kurt Stallaert (part of CONTACT's photography festival), involves what appears to be a photograph, but is actually a slow-motion video that lasts 24 hours.

"With works like that, you can’t really get into a gallery and experience the work if you don’t have time to spend with it." 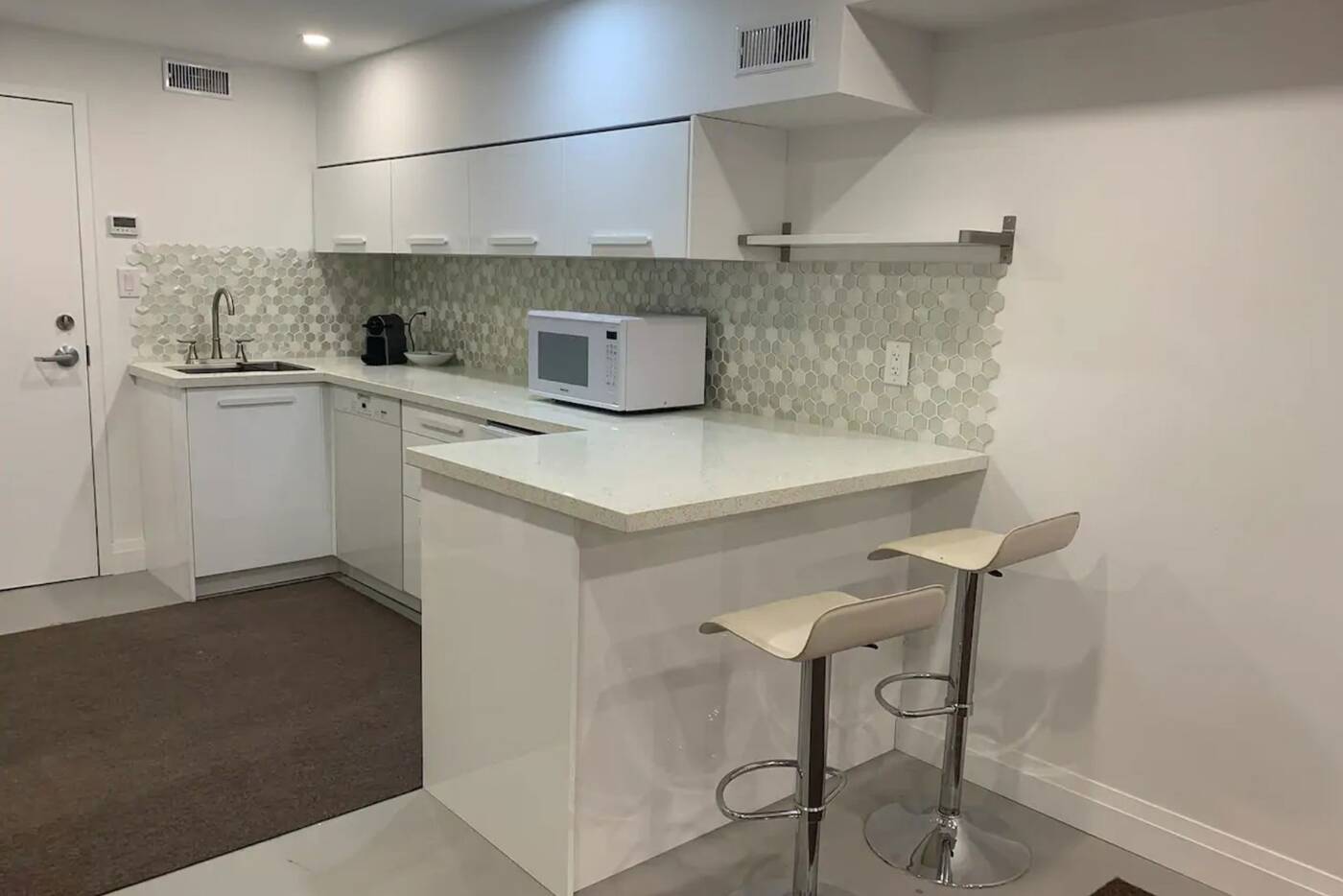 The gallery comes equipped with a kitchenette and shower. Photo via Airbnb.

Equipped with a shower, towels, kitchenettte, and couch, the gallery will be open to a maximum of two overnight visitors from 5 p.m. to 11 a.m. via a lock box, or virtual keys.

The space will feature write-ups on the pieces, some books, and any other inspirational materials that will give insight into the artist's creative process.

The only rule is that you don't touch the art, or leave any drinks and food near the work.

Installation artists will receive part of the overnight fee, which is good news for creators who work in a medium that sells much less frequently than paintings and sculptures.

Upcoming exhibits include Cozy Venom from Lumir Hladik, which runs from February 5 to May 3. The Hunting Project runs from May 13 to August 13.

by Tanya Mok via blogTO
Posted by Arun Augustin at 10:55 PM