No matter which way the Toronto real estate market is trending, some houses are always going to attract huge attention. A detached three bedroom in North Toronto that seems comparatively attainable at its $1,395,000 list price compared to many of the larger homes in the area is a sure bet for plenty of bids. 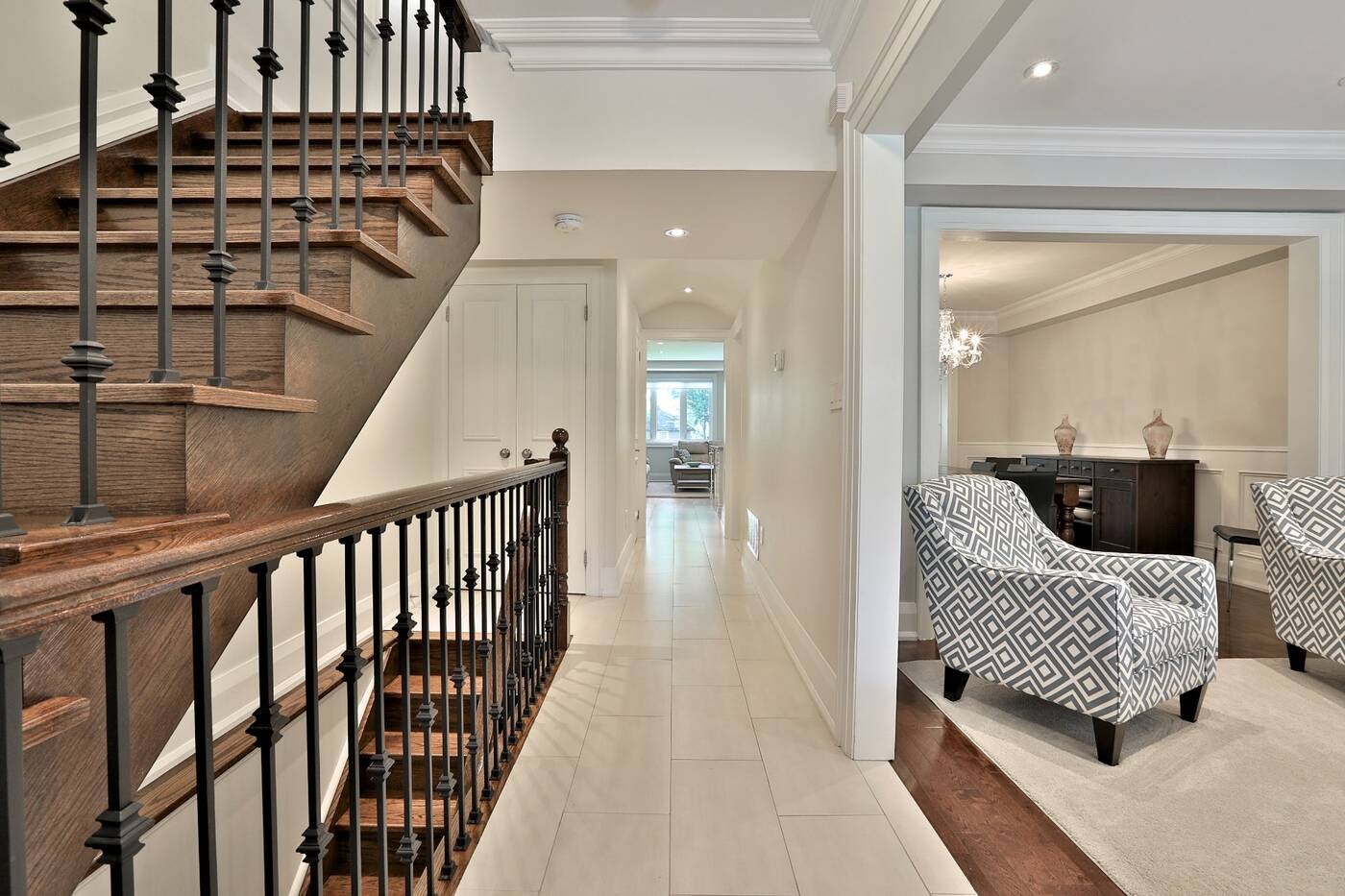 This house at 265 St. Clements Ave. was view 73 times over the six days it was being shown, ultimately receiving 11 offers. The winning bidder is on the hook for just under $2 million, which represents a significant jump but still doesn't seem particularly outrageous. 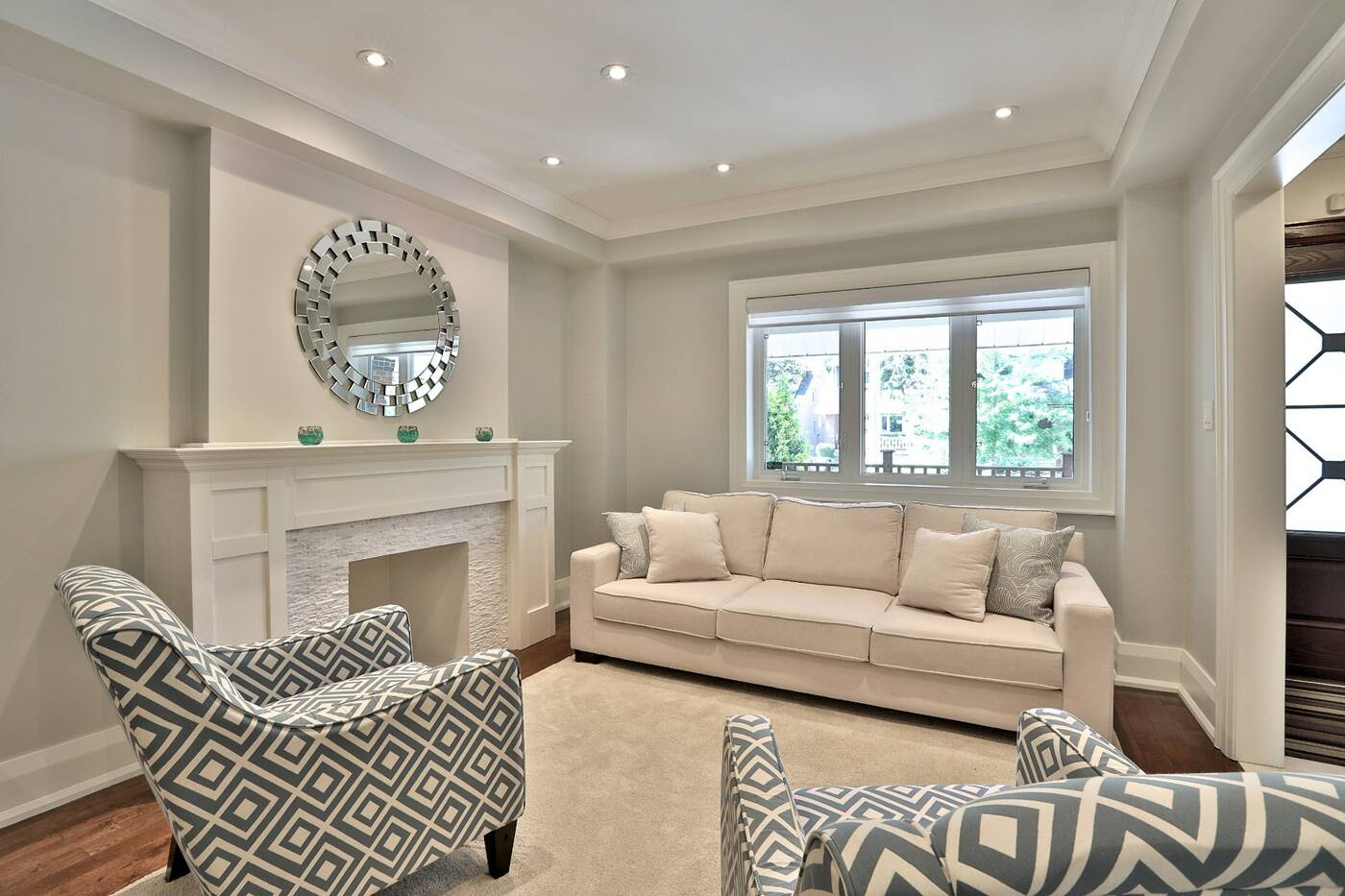 It's a solid house that's been well renovated and includes a spacious basement that'll easily serve as extra living space, especially with kids in the equation. There's nothing here that'll blow your hair back, but it's a turn-key property in a highly regarded neighbourhood, which helped fuel the final price. 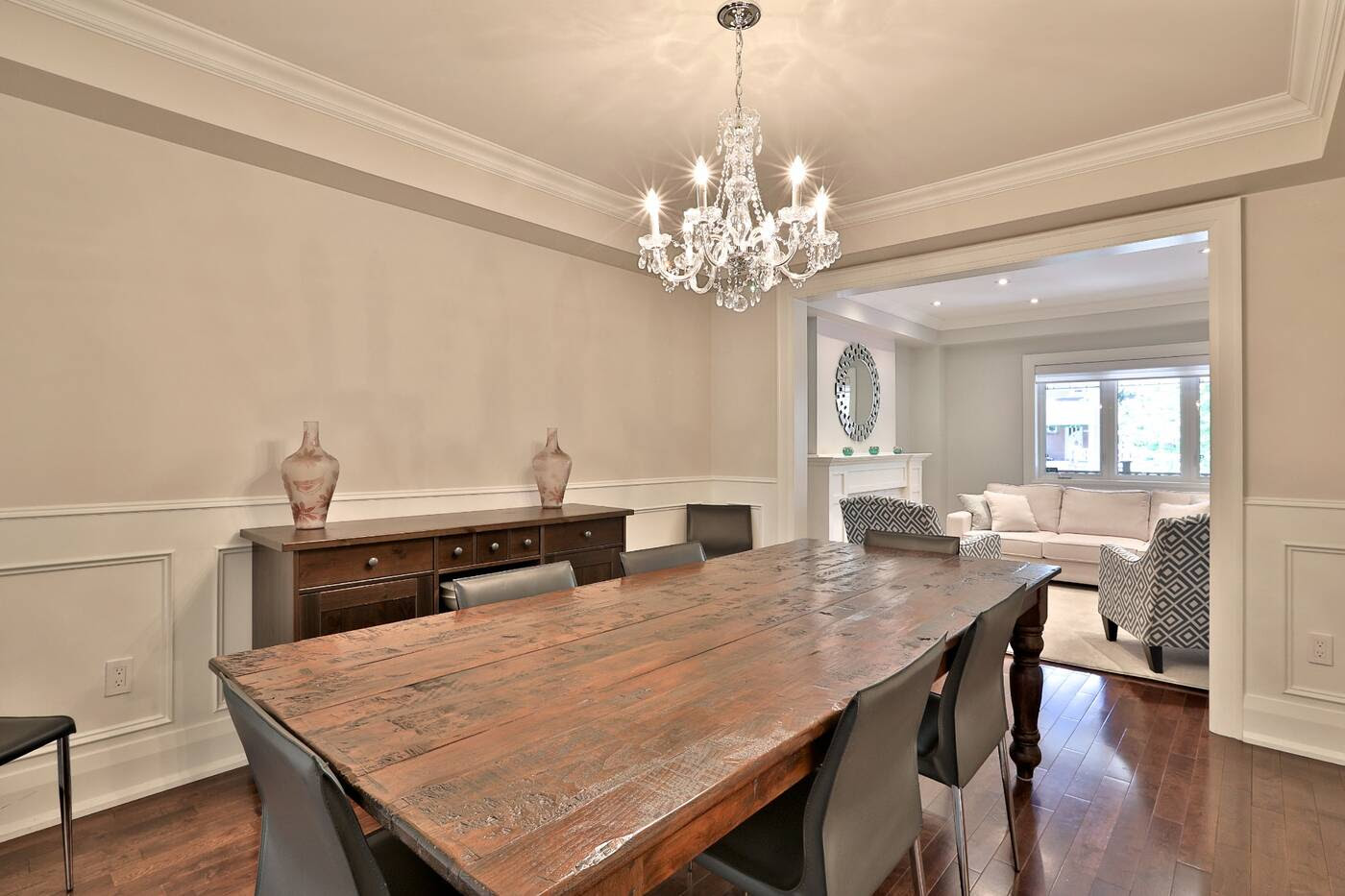 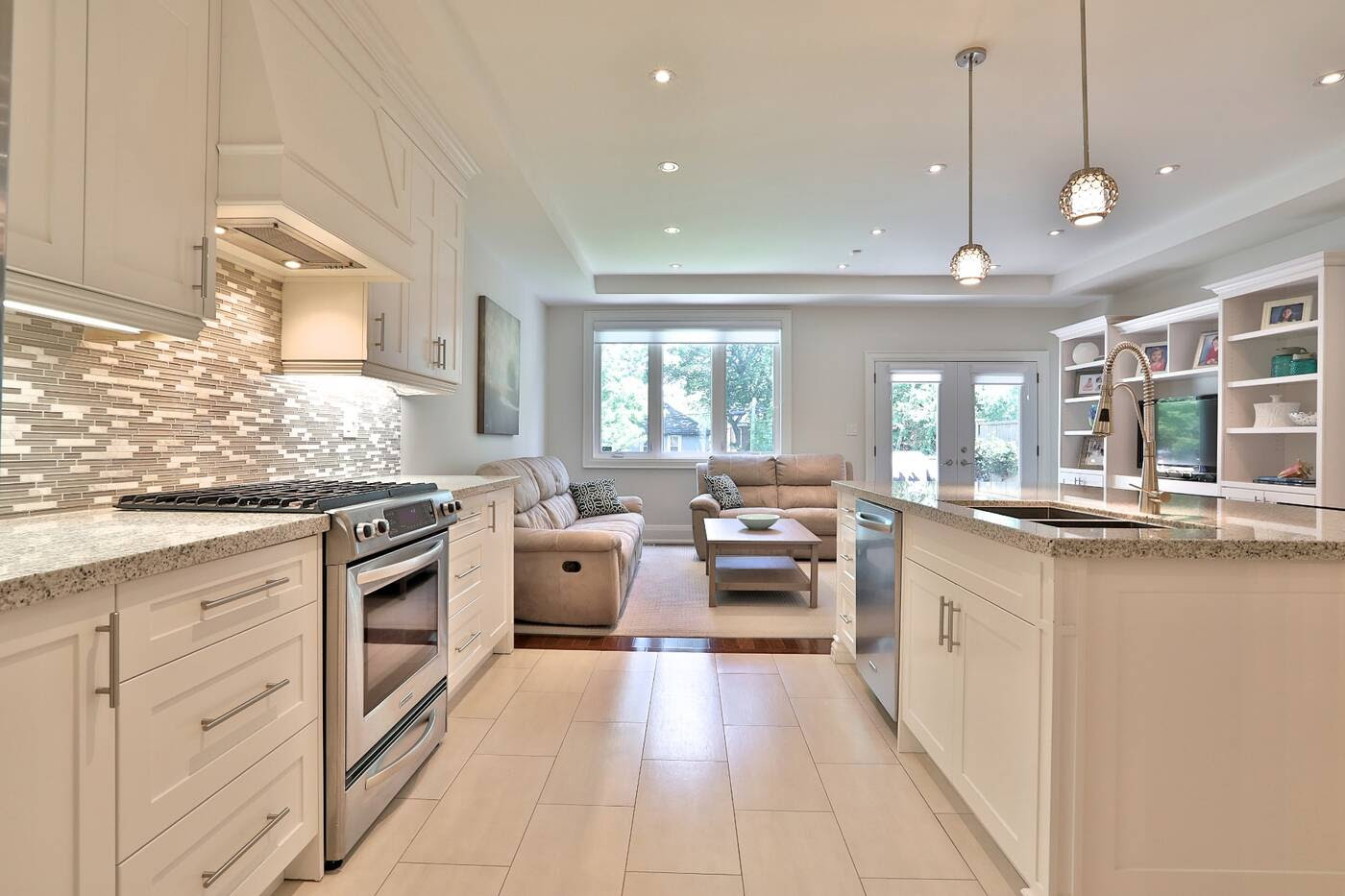 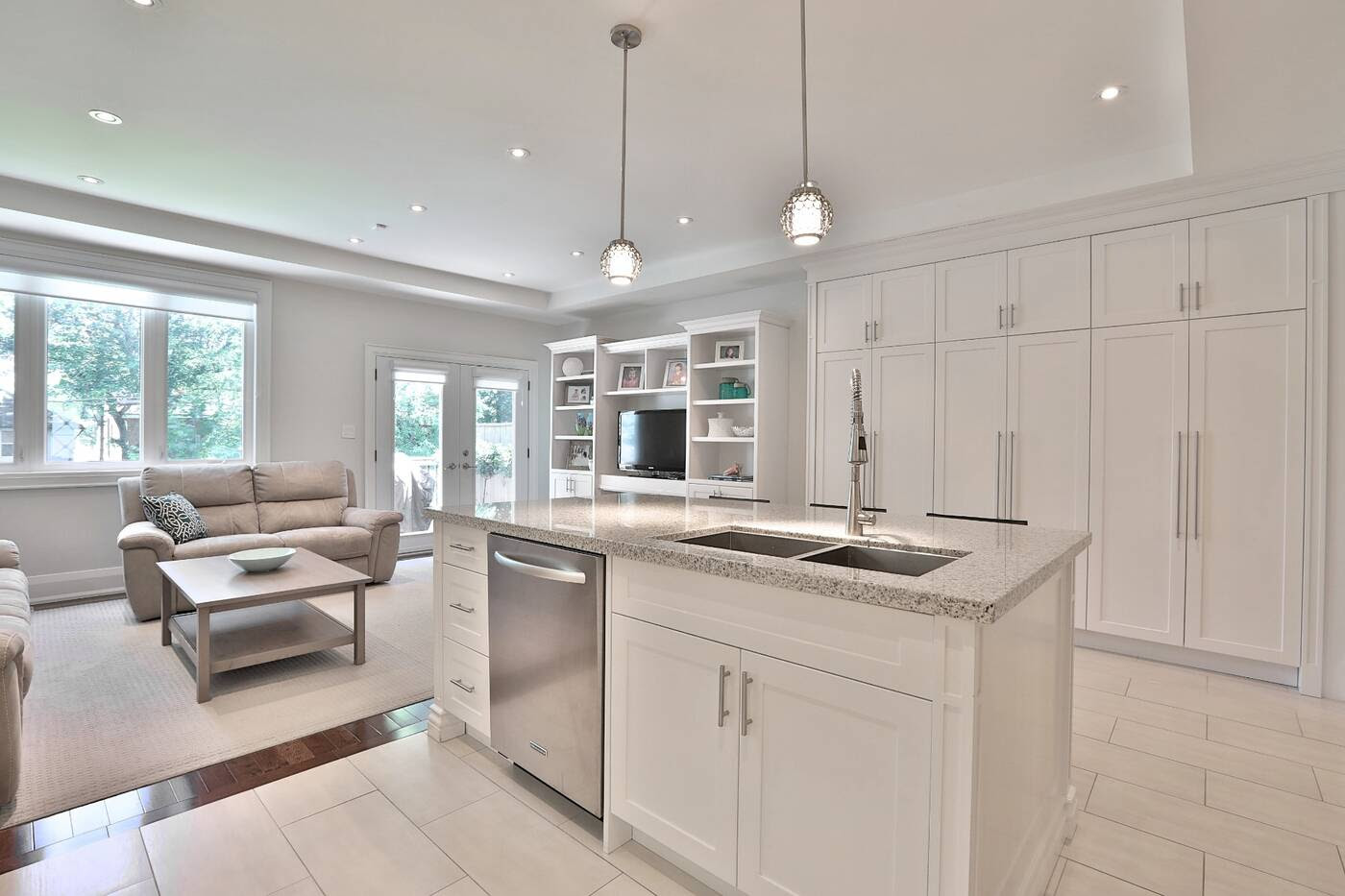 In the absence of the recent renovations to this house, it'd probably have gone around its listing price, but with the updated kitchen and bathrooms, it's no surprise that it crept up to near the $2 million. 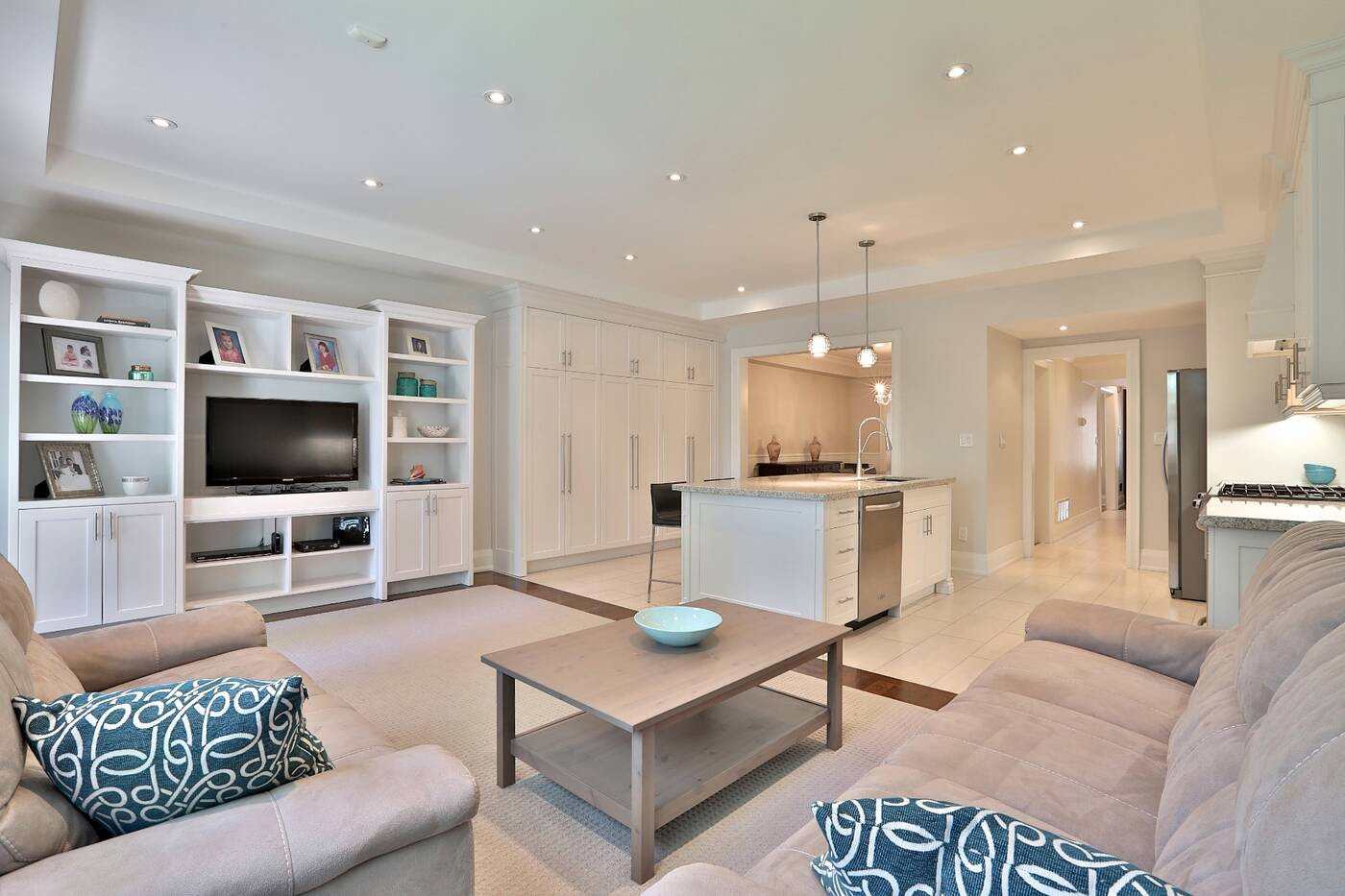 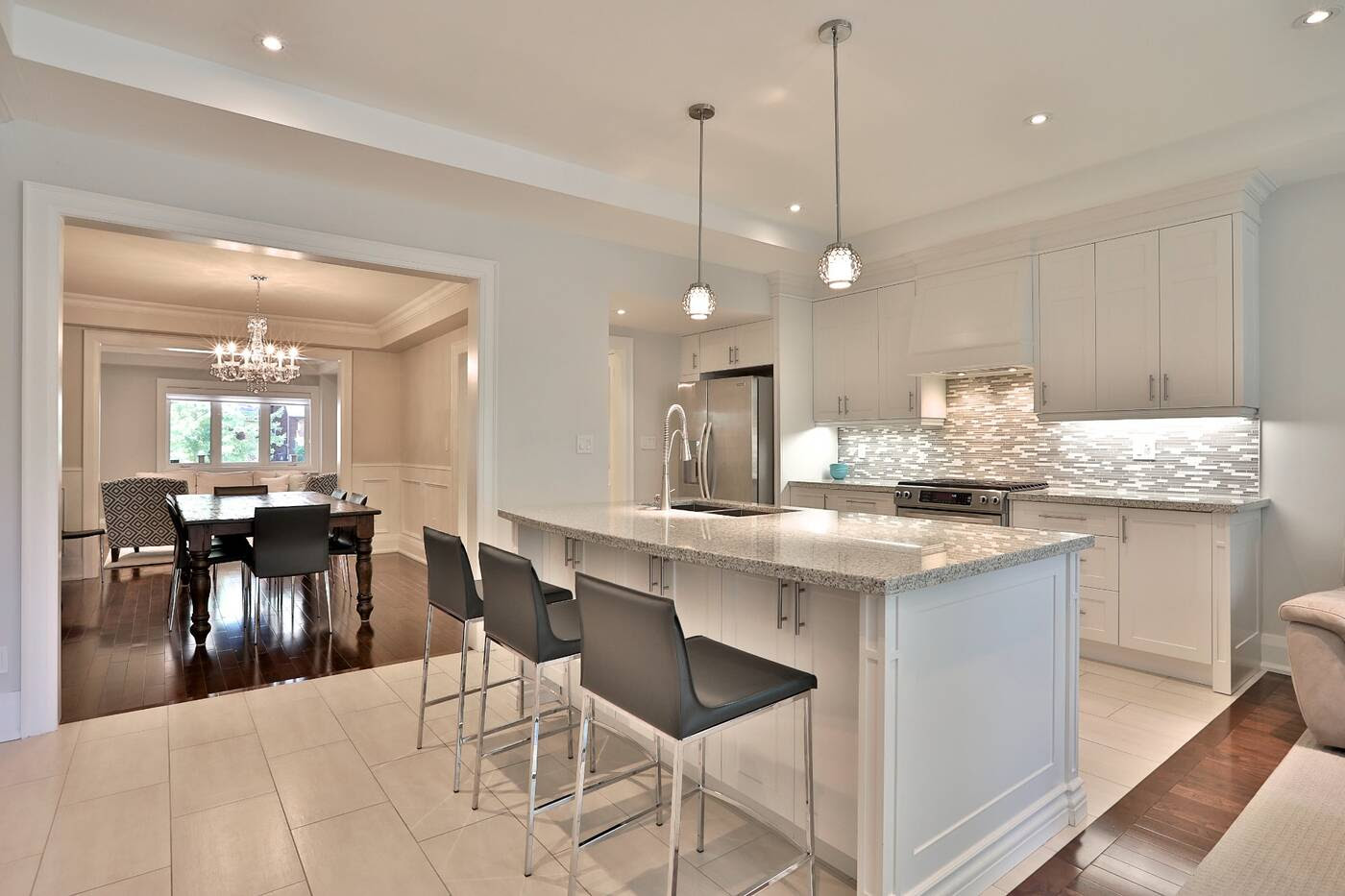 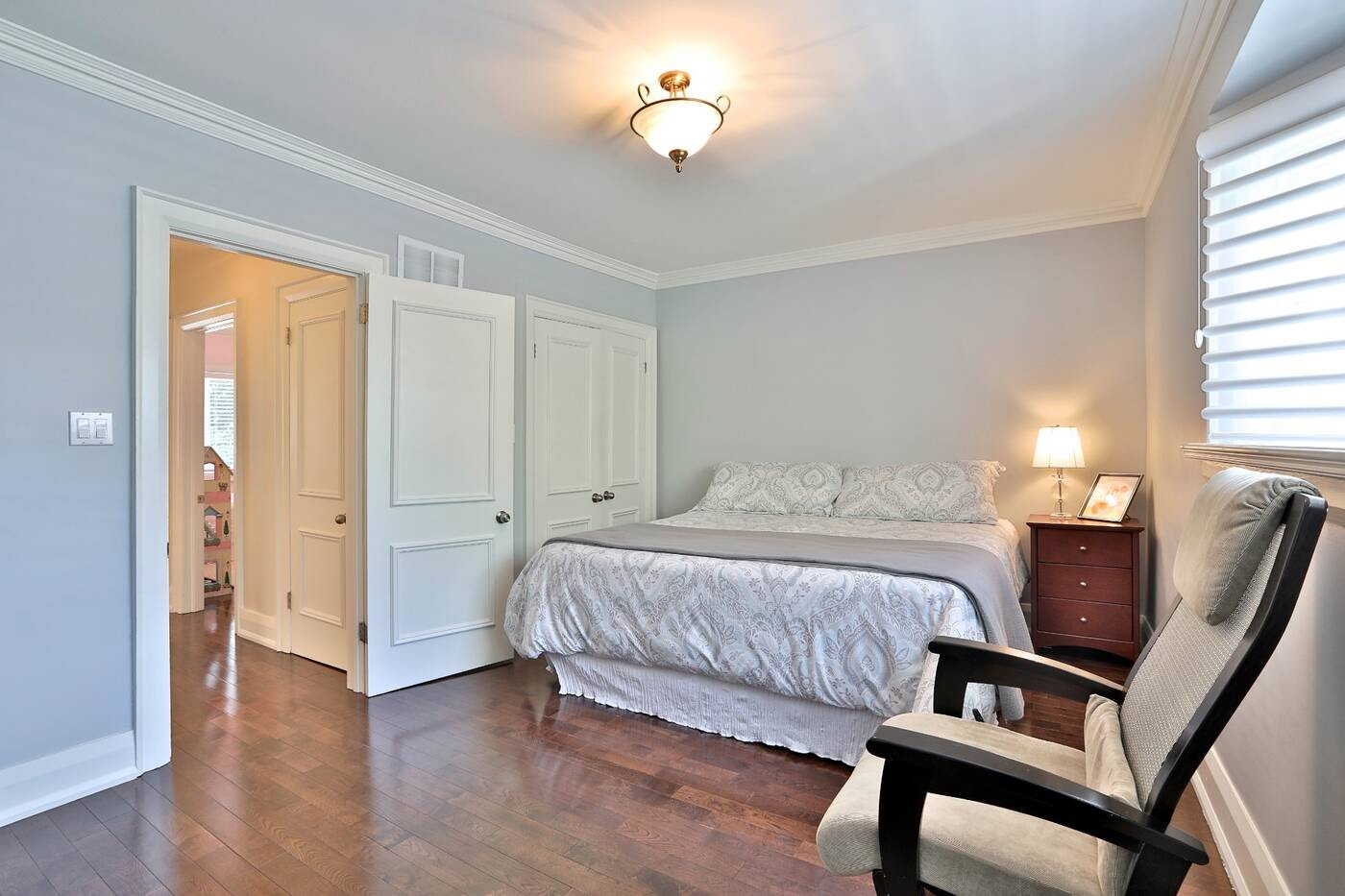 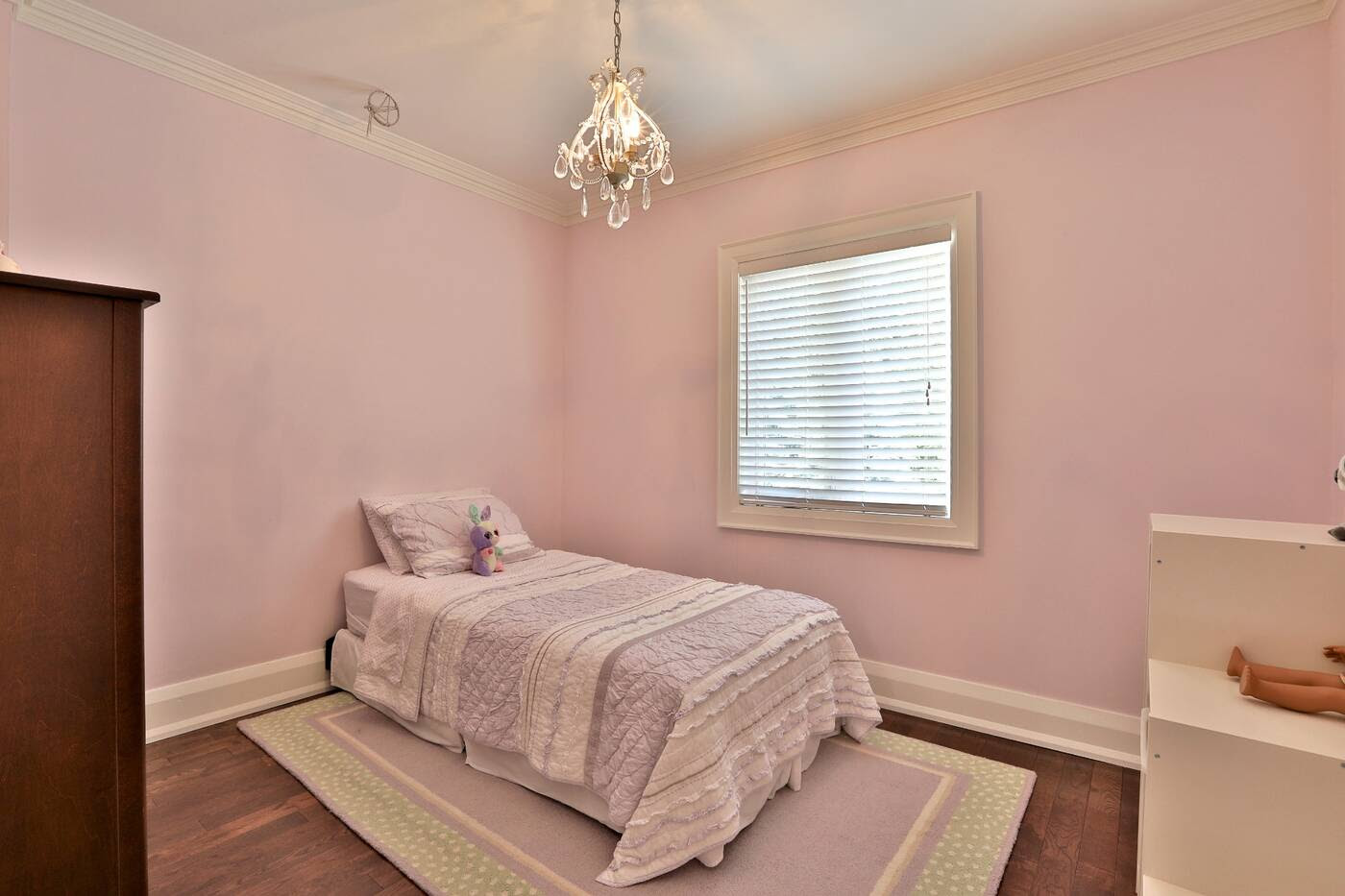 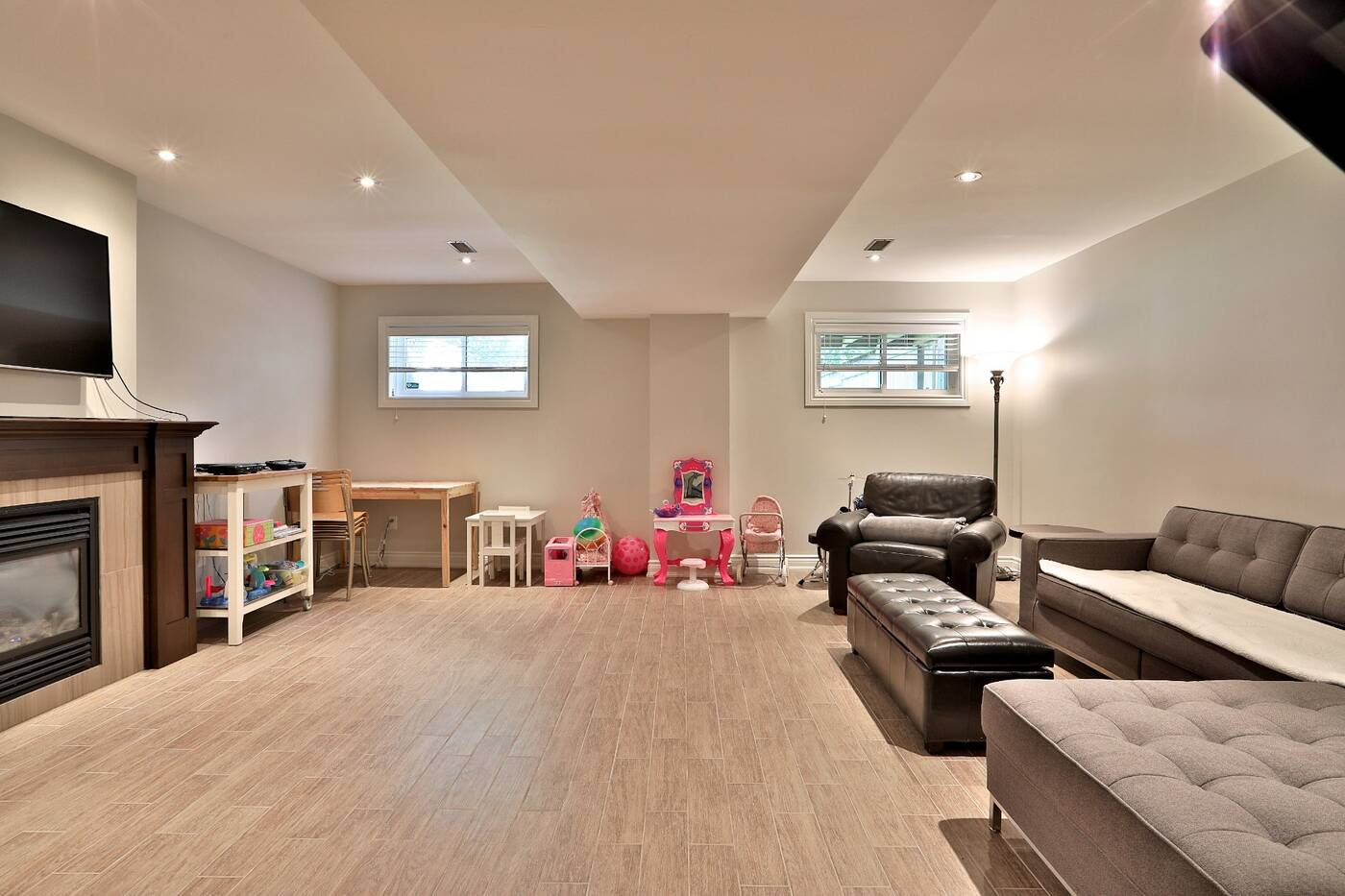 by Derek Flack via blogTO
Posted by Arun Augustin at 5:16 PM No comments: 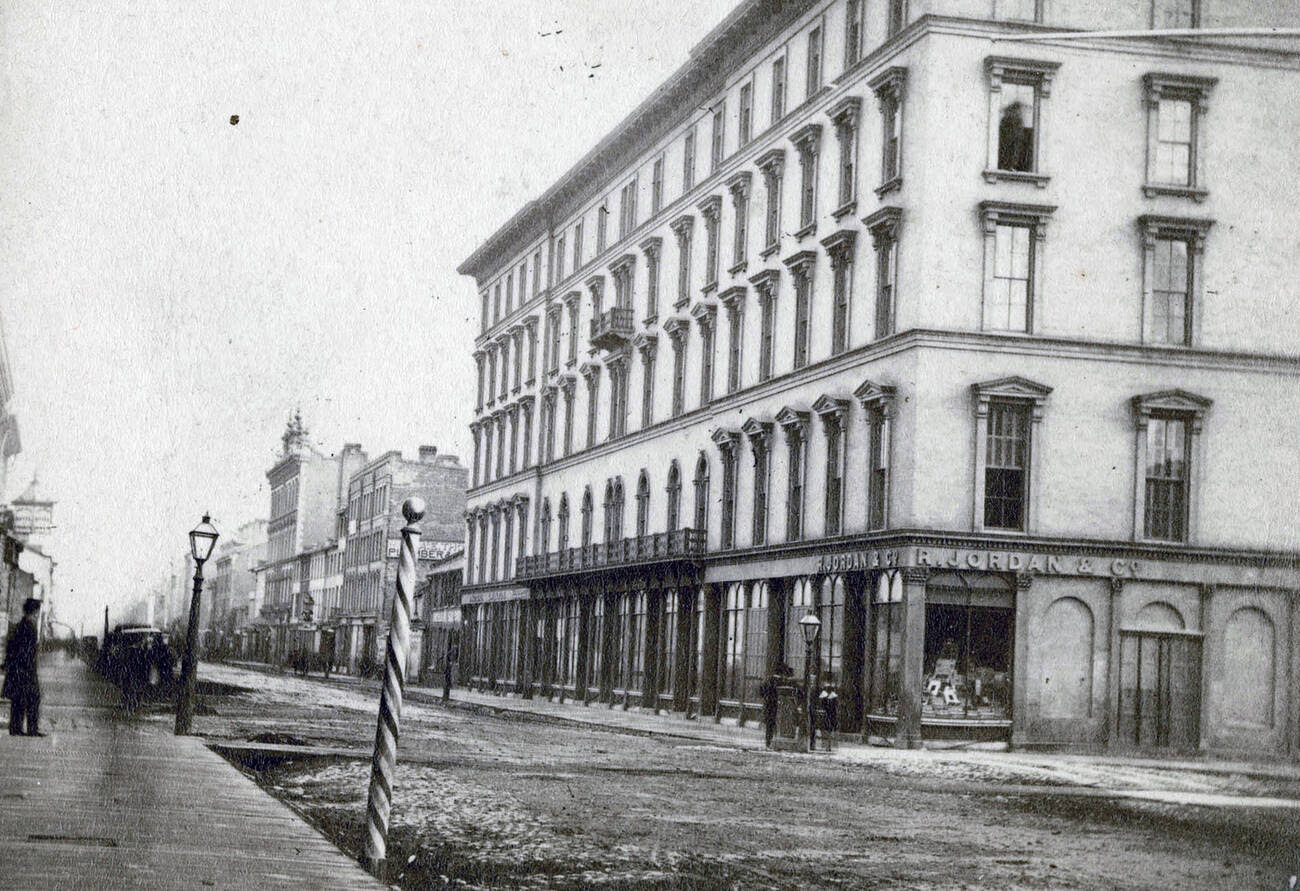 As Canada prepares to celebrate its 150th anniversary with celebrations across the country, it's a natural time to gaze back at what Toronto looked like in 1867.

The city was incorporated 33 years before Confederation, though it would take another century to become the biggest city in the country.

Yes, 150 years ago Toronto was a profoundly smaller place, though some of this early city remains in the buildings that survived our drive to tear down our municipal heritage in the 1960s and 70s.

Fortunately, we have plenty of photographs of the city during this time, even if the slow shutter speeds erased much of the action on the street. One set in particular is fascinating to look back on during all this Canada 150 hubbub.

Octavius Thompson, a photographer who opened a studio back in 1864, compiled a series of 40 photographs of the city under the title "Toronto in the Camera" that was published in 1868. It offers a stunning portrait of the fledging metropolis as it was when Canada was born.

Many of the buildings depicted here have not survived, but the ones that have seem all the more special for their endurance and link to the past.

Behold, the Toronto of 150 years ago. 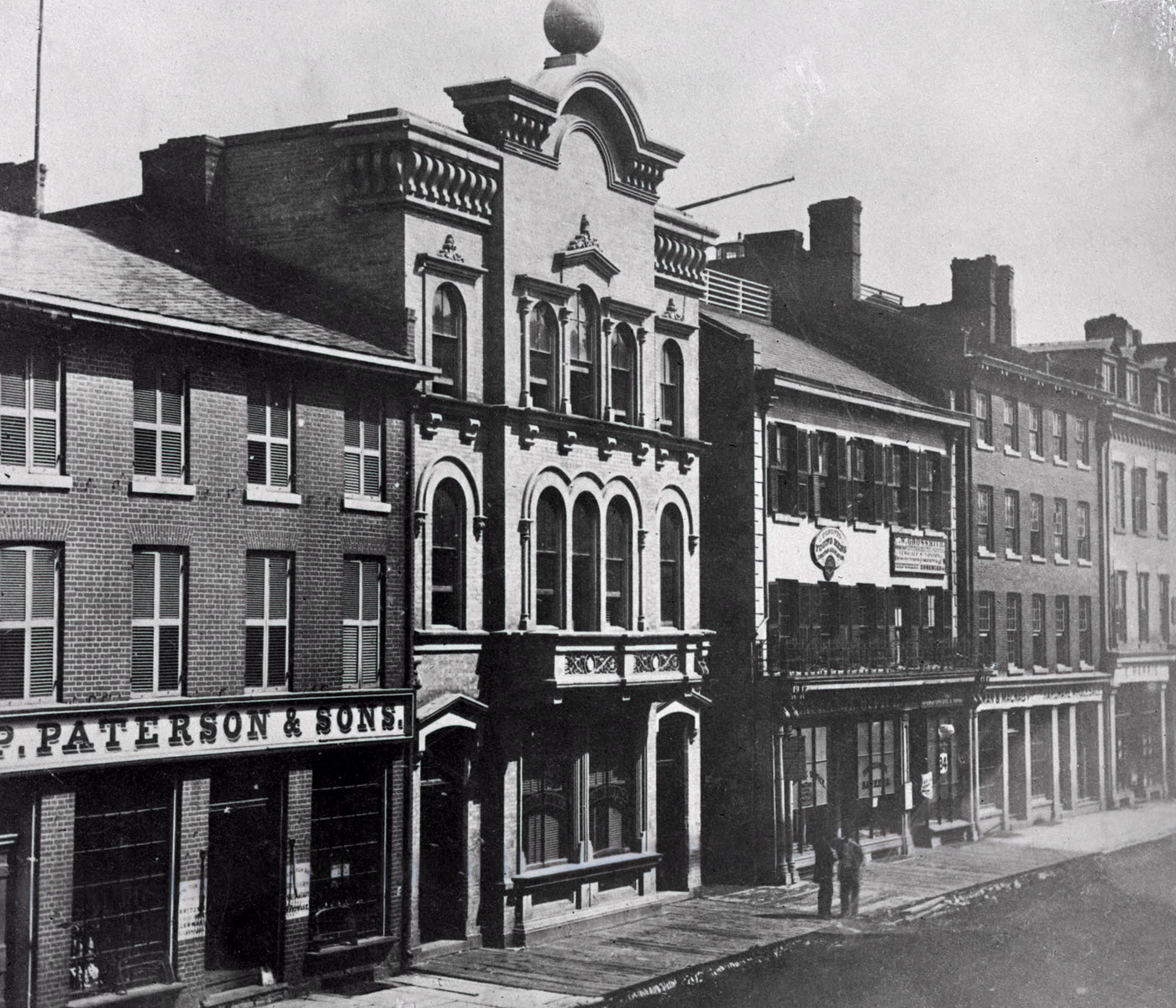 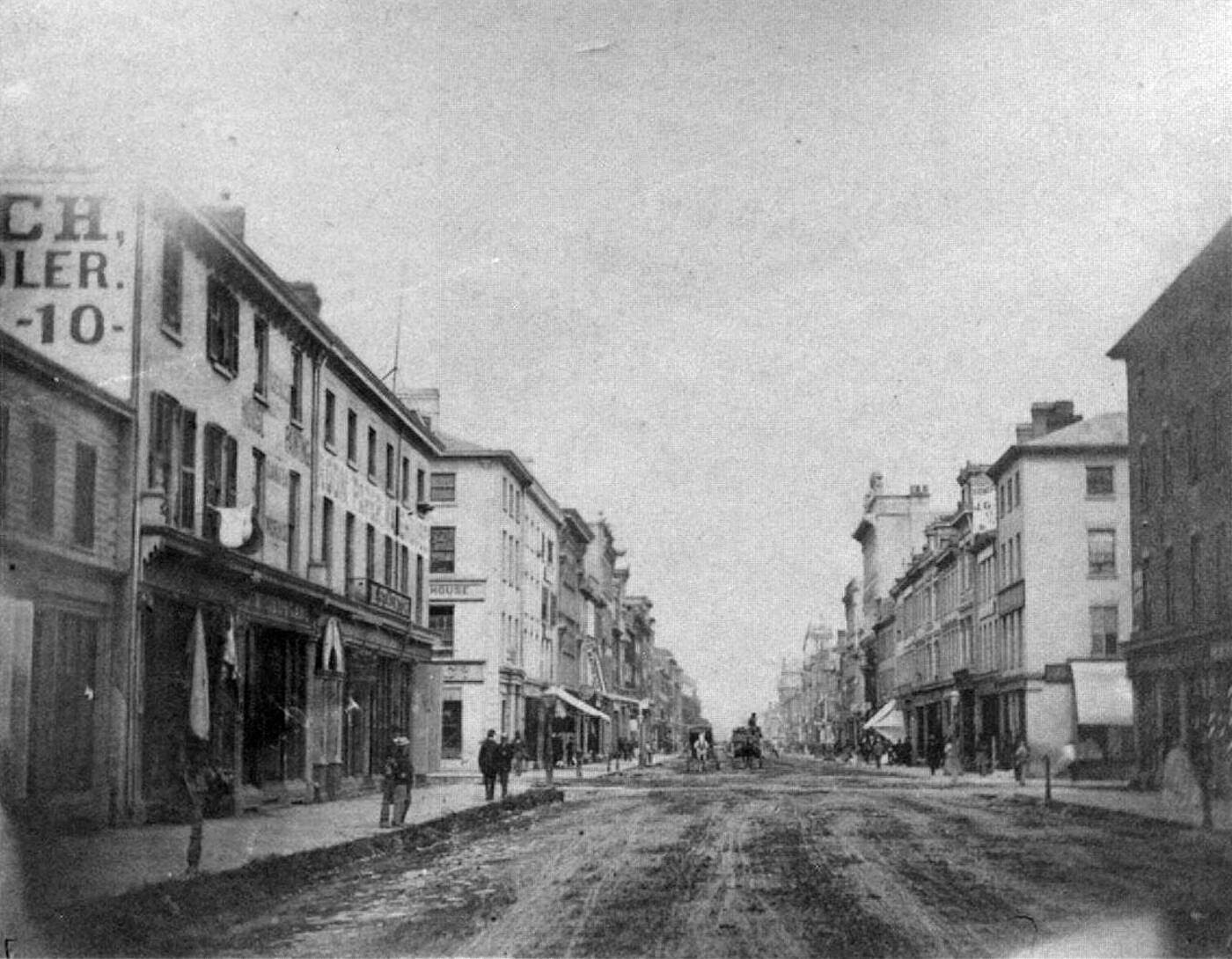 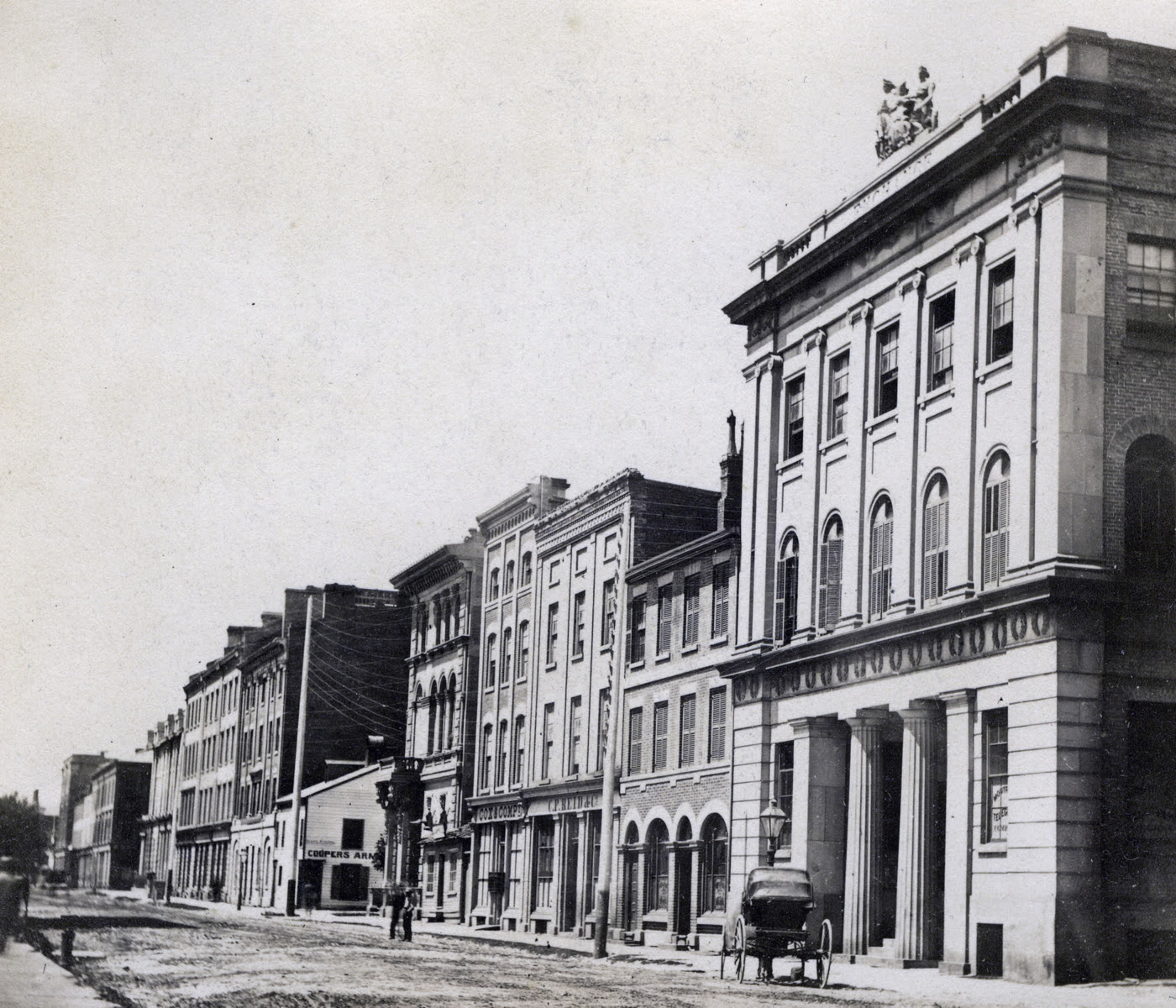 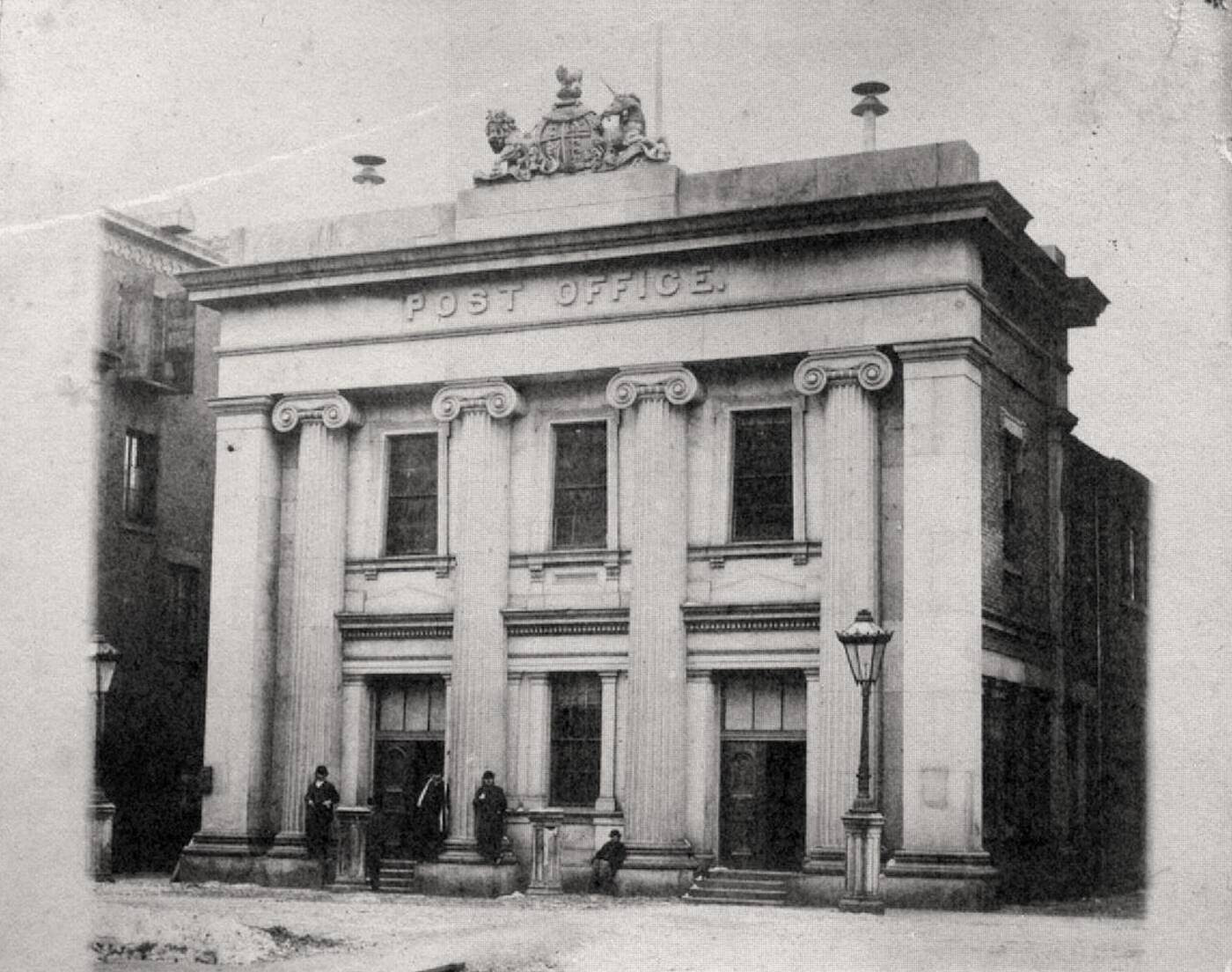 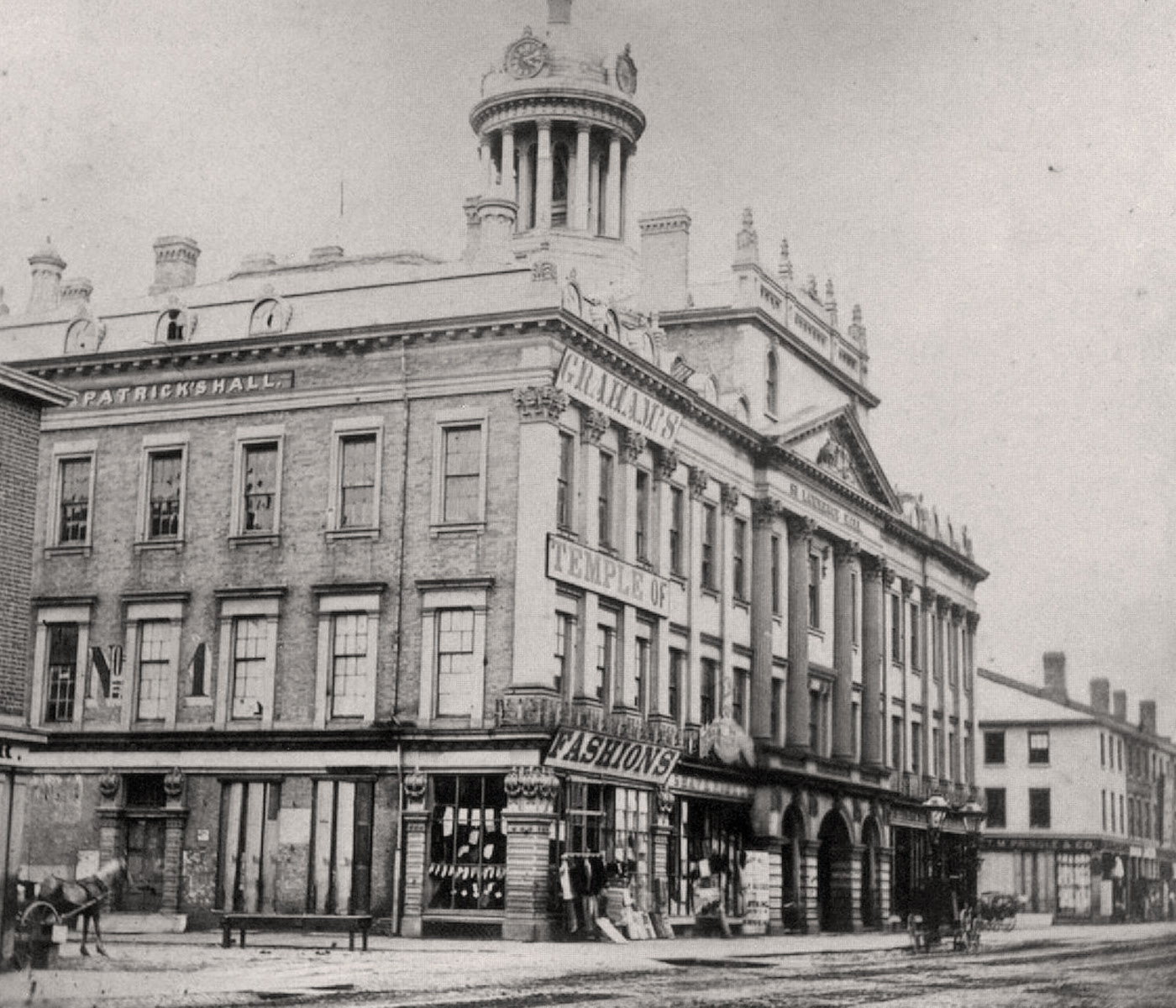 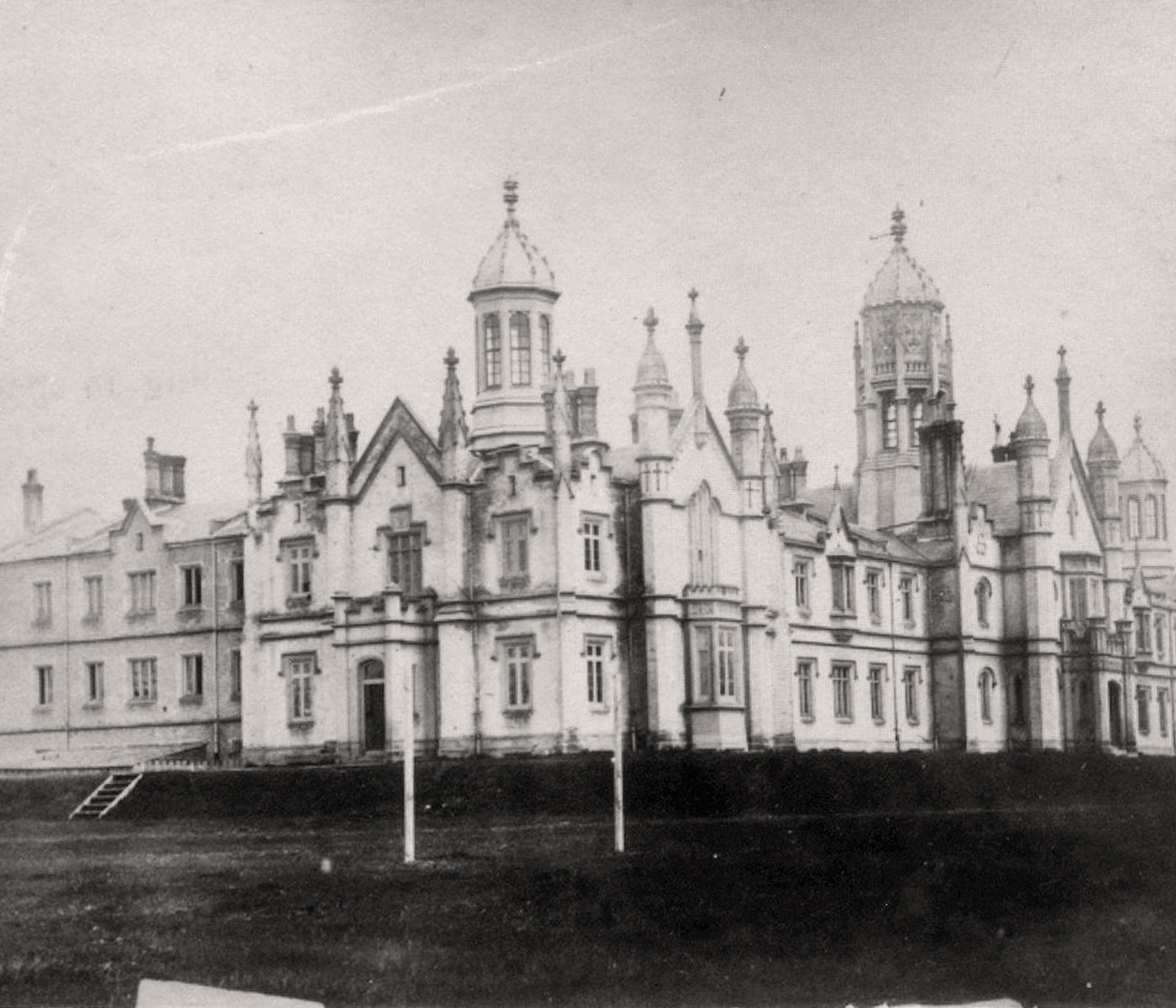 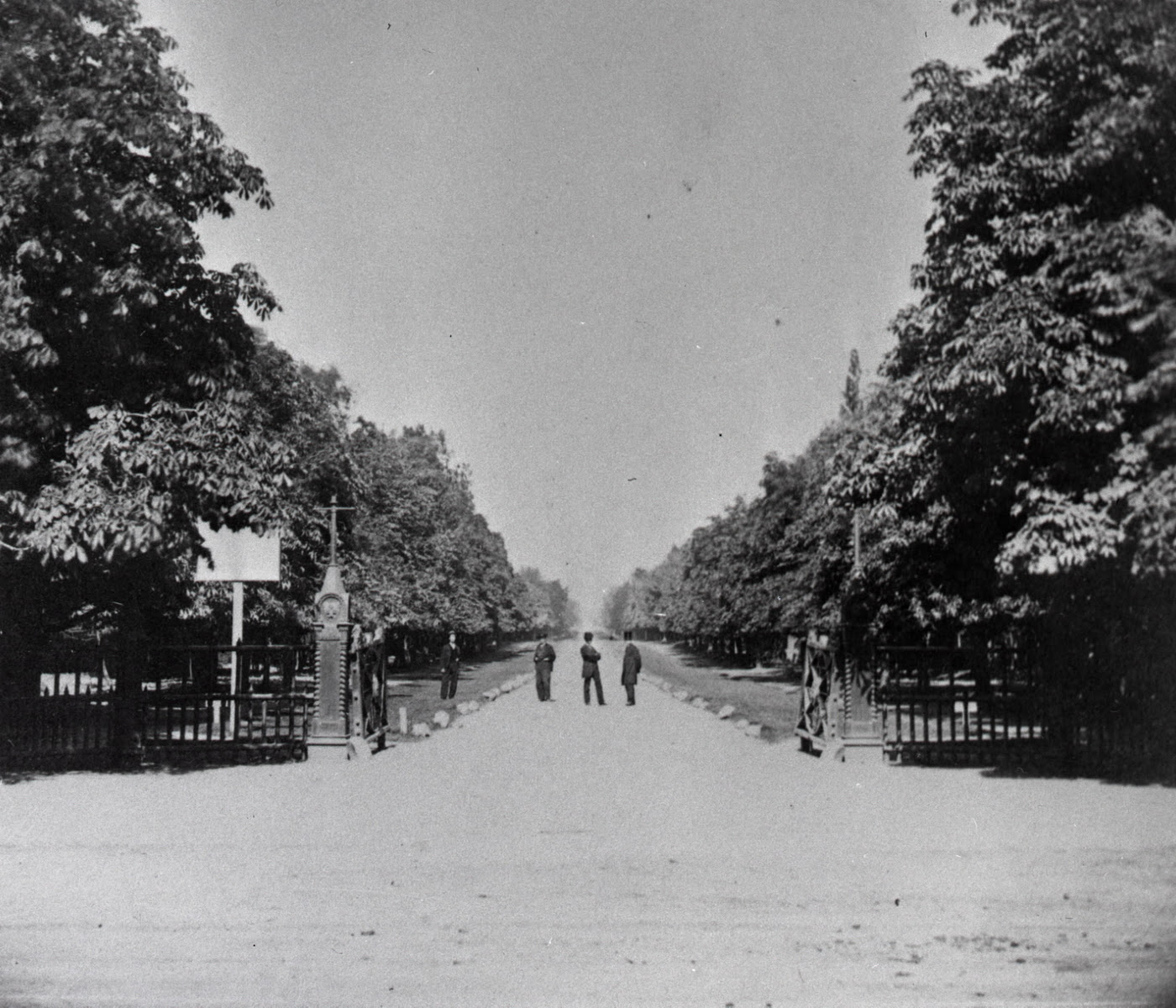 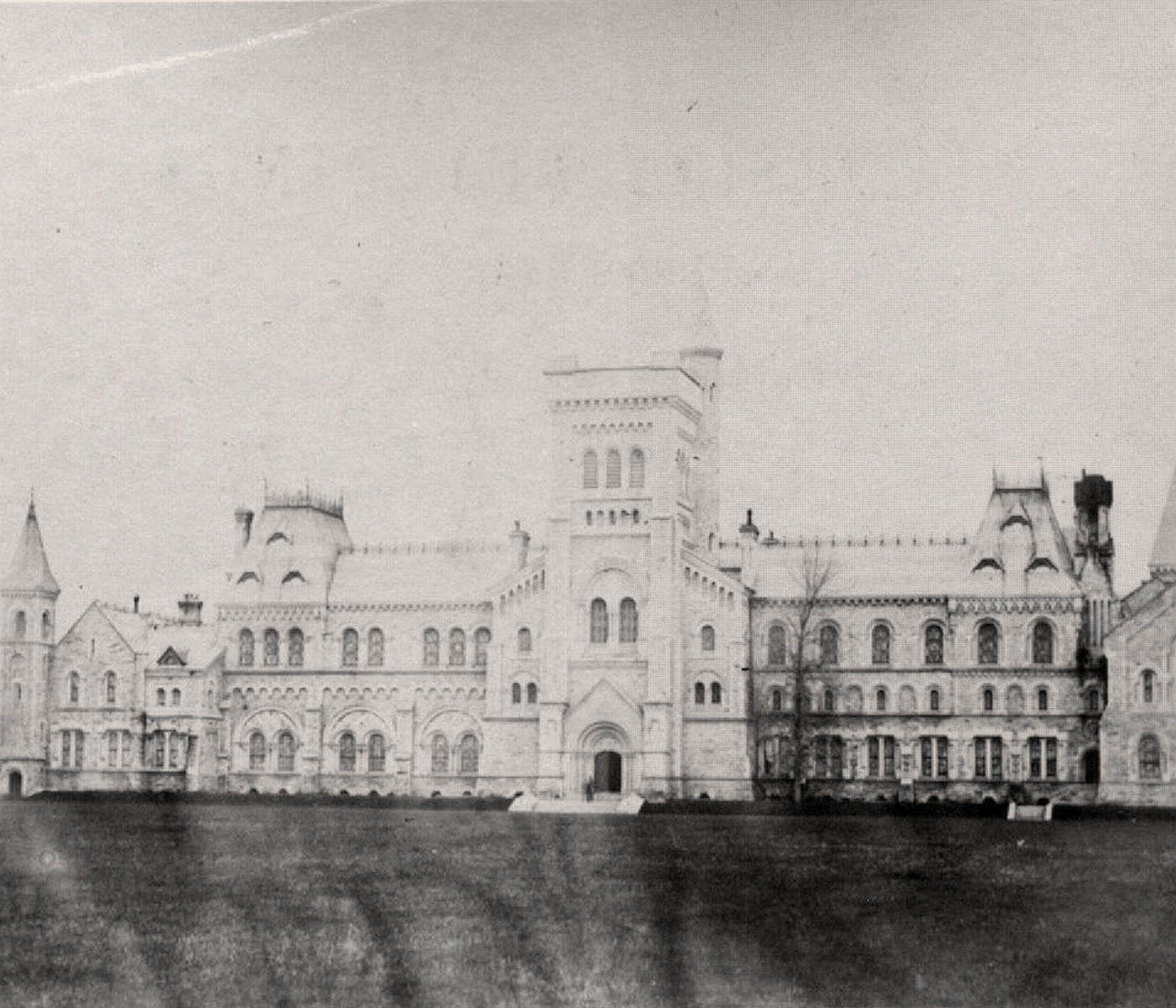 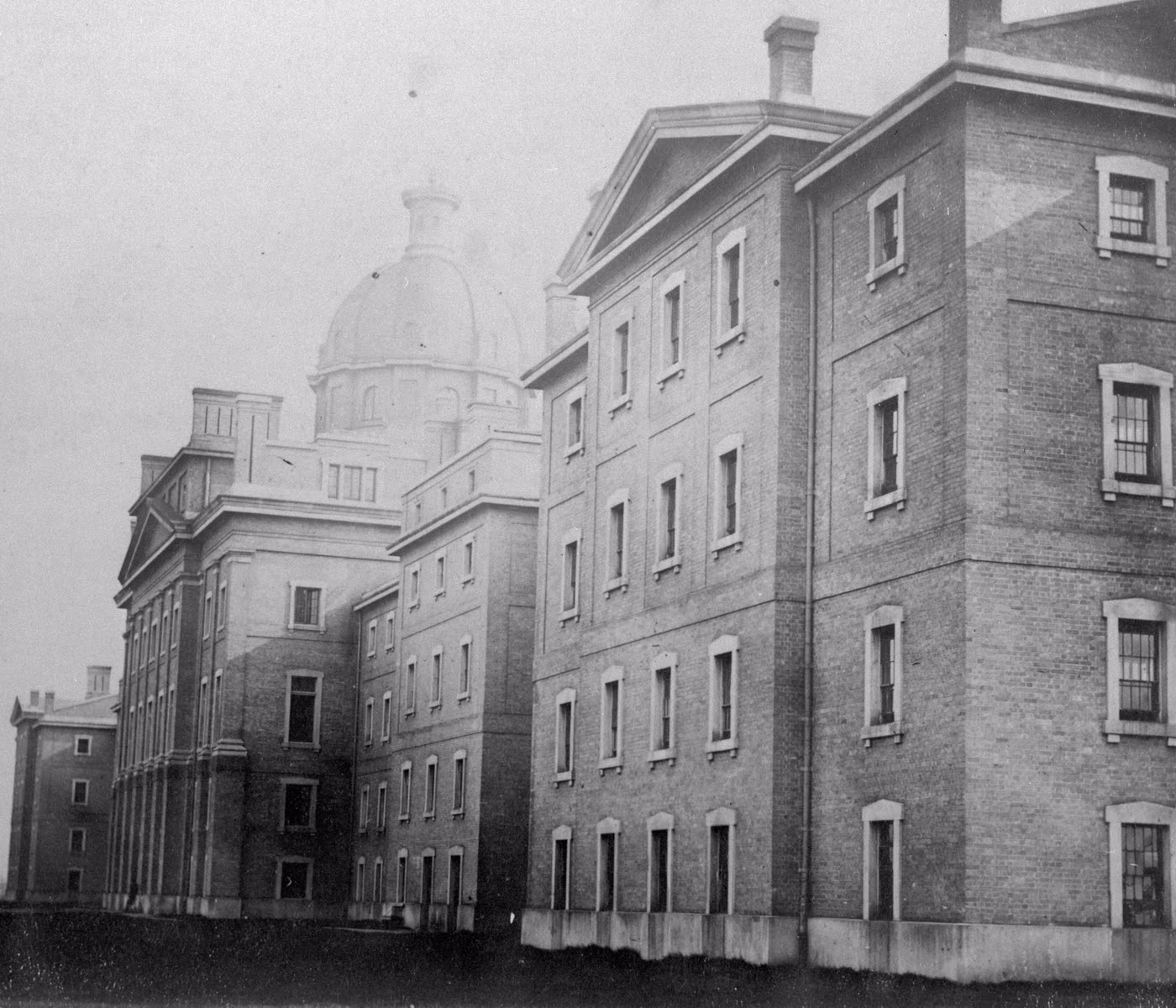 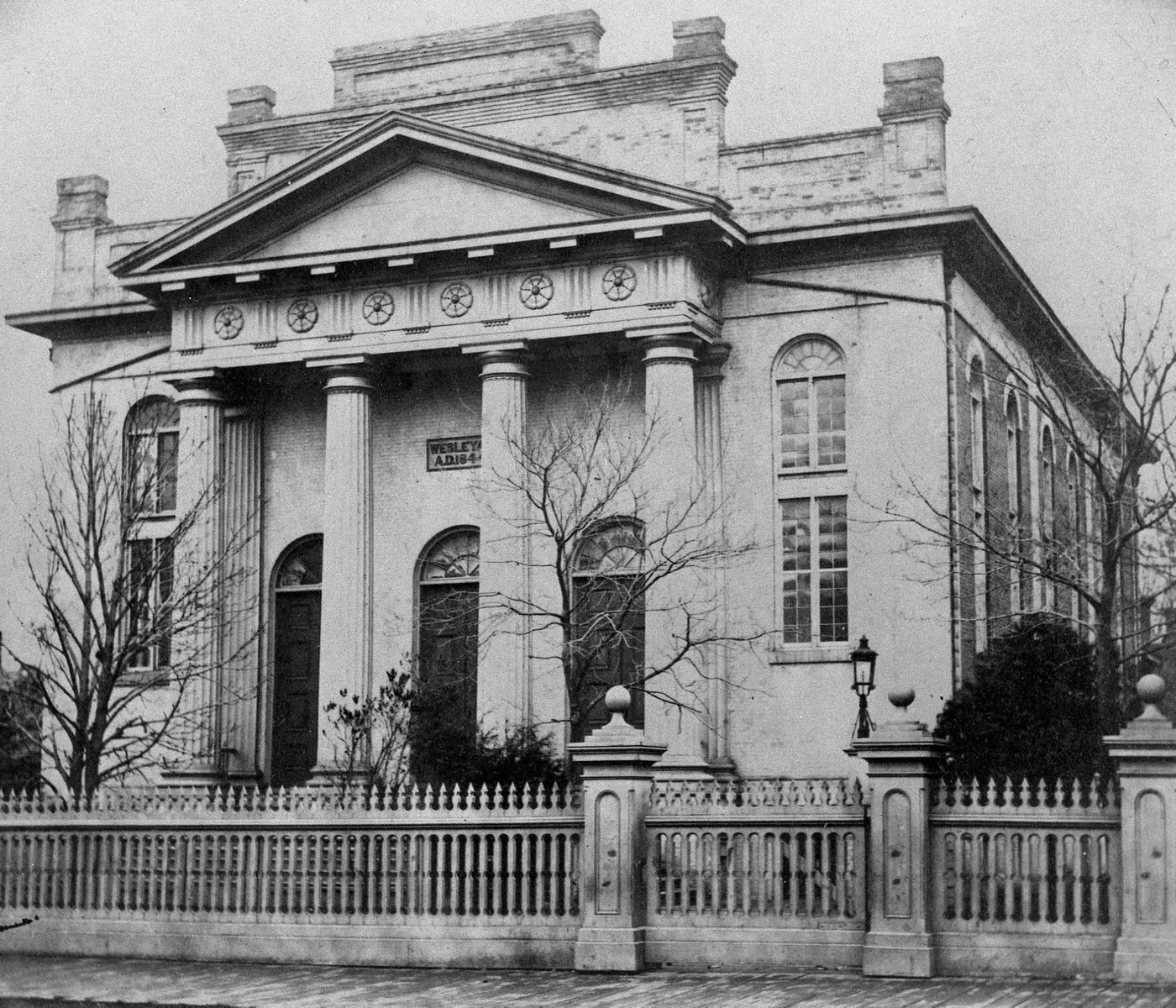 by Derek Flack via blogTO
Posted by Arun Augustin at 2:11 PM No comments: 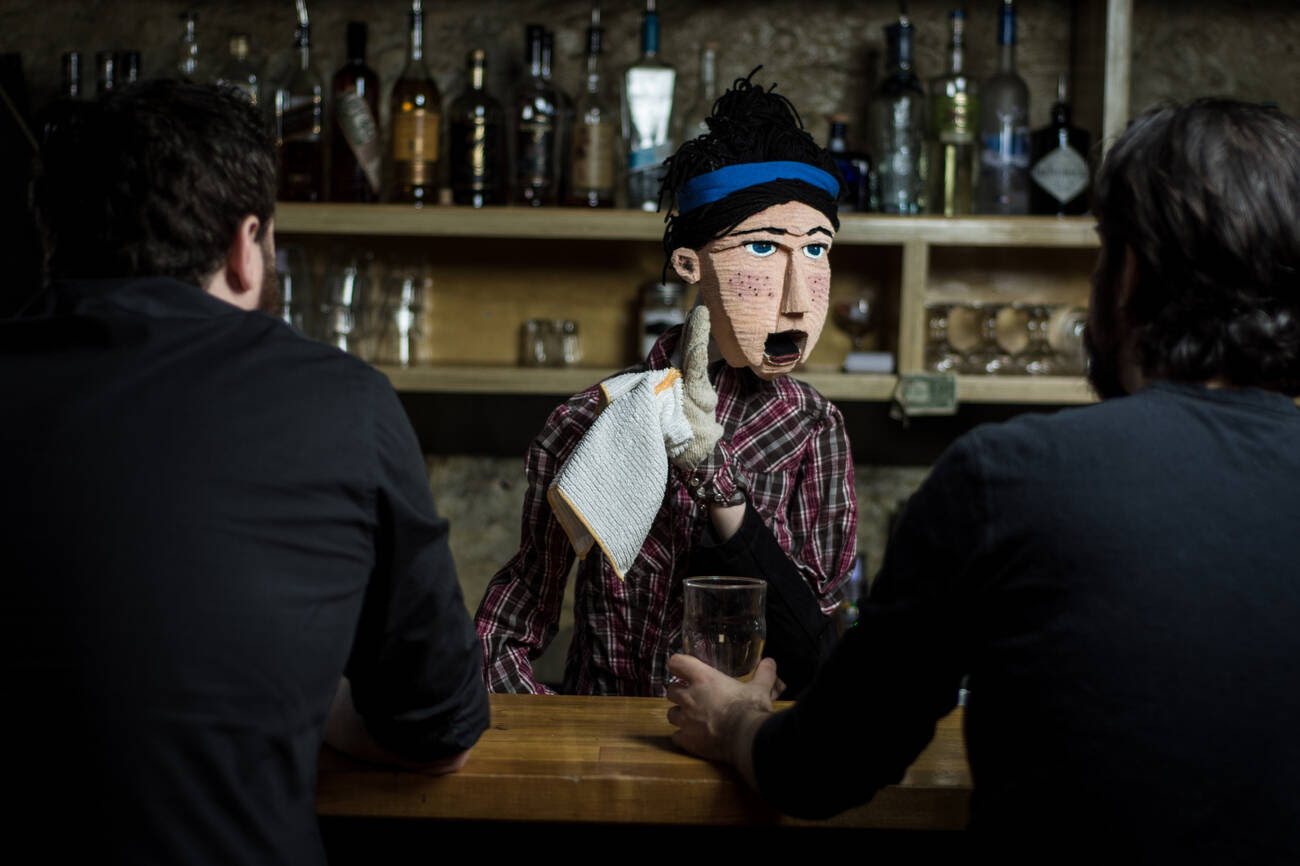 by Amy Grief via blogTO
Posted by Arun Augustin at 2:11 PM No comments:

5 lazy rivers for tubing near Toronto 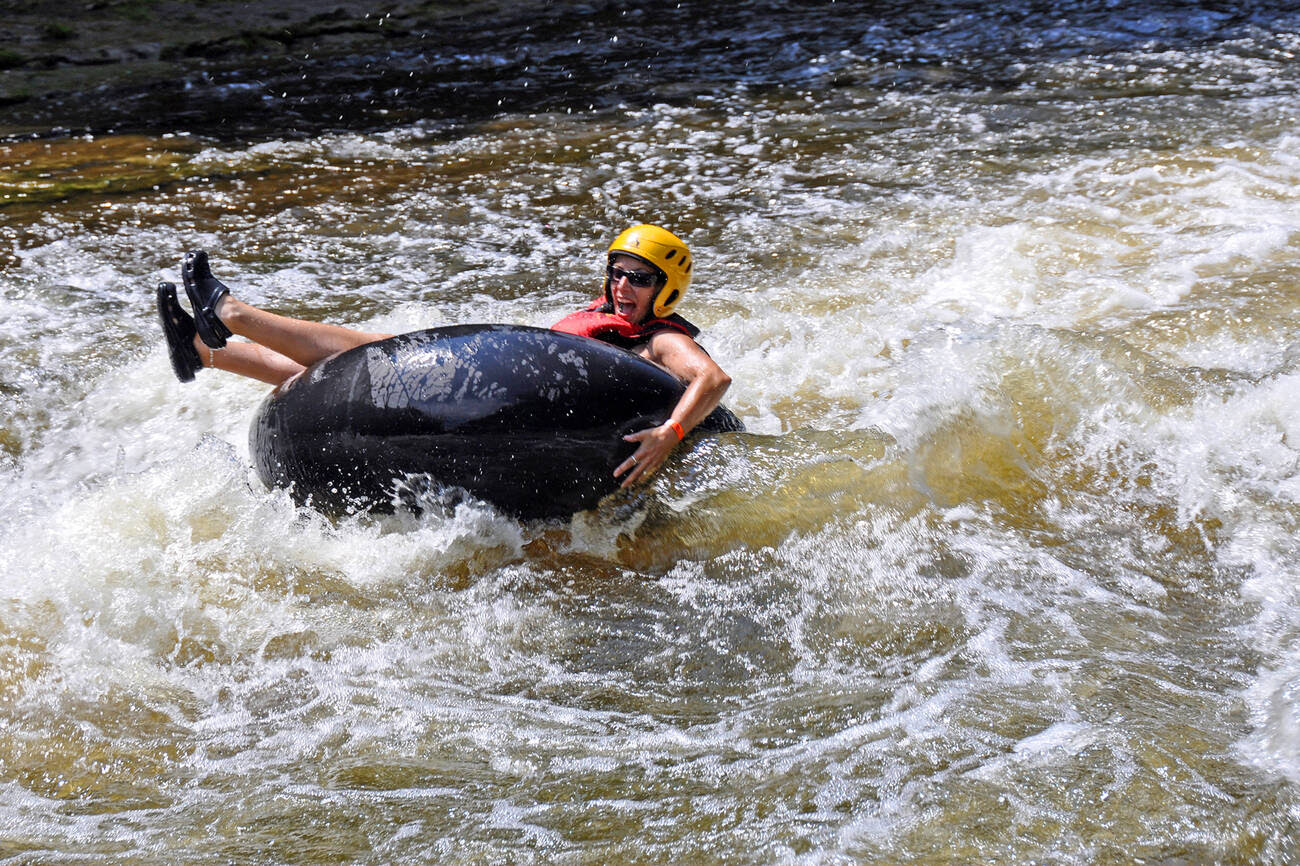 There are few experiences more relaxing than lazily floating down a river in a tube. Unlike white water rafting, the point isn't to bounce from thrill to thrill, but to meander along while soaking up the natural setting and some sunshine. Fortunately, there are a host of rivers near Toronto where you can do some epic tube runs.

Here are my picks for rivers to go tubing near Toronto.

The best place to tube within an hour of Toronto, the Elora Gorge travels just fast enough to keep things interesting, but not so quickly that it's dangerous. You can grab a huge inner tube at a car mechanic or at one of the registration offices at Elora Gorge Park. Some people take a DIY approach, but using the park ensures you take the best route.

When you tube in the Elora Gorge, you're traveling along the Grand River, but because the topography is quite distinct here, there are other places to consider along the waterway. Tubing on the Grand from access points in Paris and Waterloo is a more laid back experience with less rocks and mini-rapids to navigate.

The Credit River is a great place for canoeing and kayaking, but it's also a solid tubing spot with one major condition: you don't want to go after a major rainfall when the water levels rise and the speed of the current can get dangerous. There are multiple access points along the waterway that will allow you to float for long periods without obstacle.

The Saugeen River offers the perfect lazy tubing experience, where you can hop in your dingy and cruise slowly down the waterway without a care in the world. You can float for around two hours here, which is a great way to spend a hot afternoon. The local R.V. park has some of the best runs along the river.

The snake-like Vermillion River is a tuber's paradise, which is worth the trip north to Sudbury if you're planning on spending most of the weekend in the water, which you can absolutely do here. A standard float takes between two and three hours with bus service from your car to the drop-off point.

by Derek Flack via blogTO
Posted by Arun Augustin at 12:56 PM No comments:

Now you can walk behind Niagara Falls at night

Posted by Arun Augustin at 11:16 AM No comments:

The top 10 new restaurant openings in Toronto for June 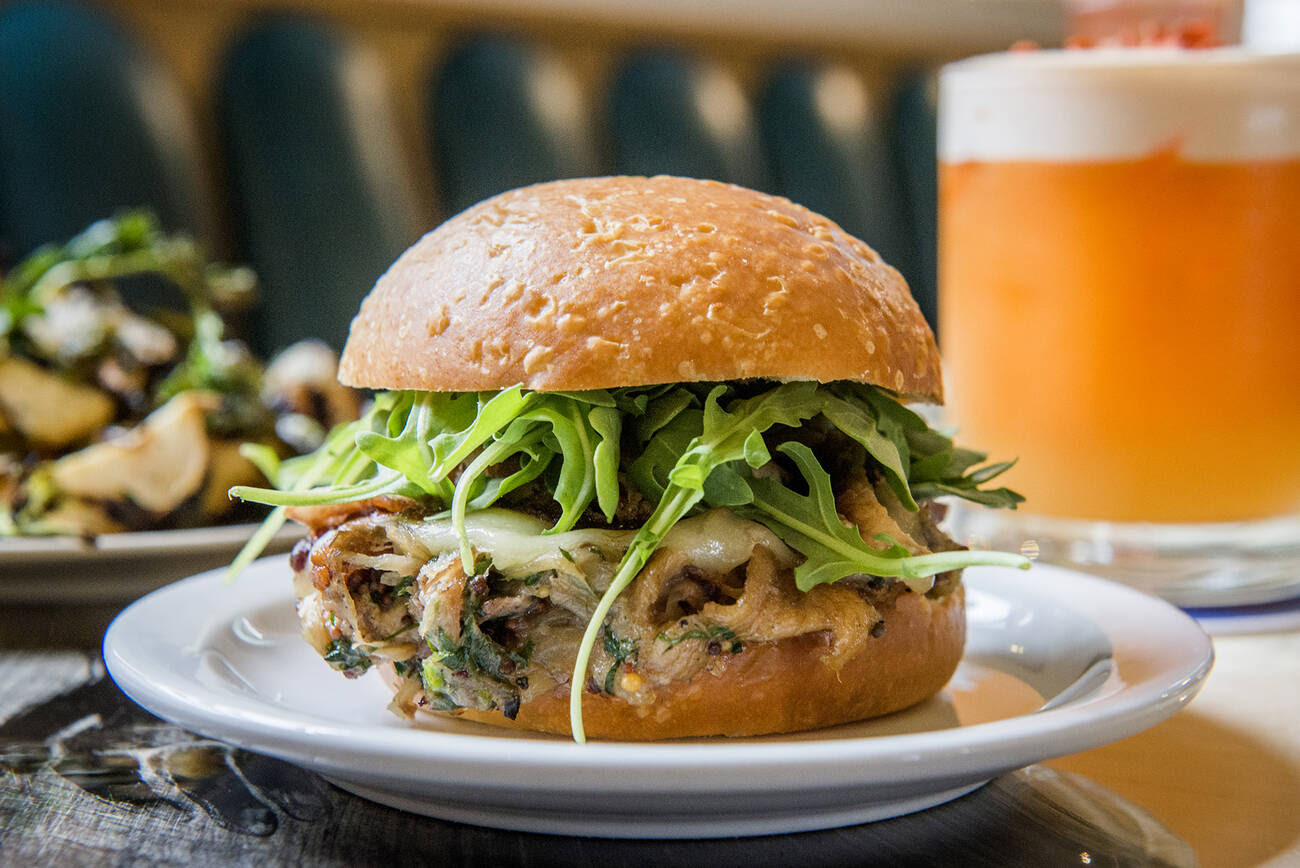 Restaurant openings in Toronto this June included brand new concepts from tried and true local powerhouses as well as plenty of novel spots incomers with offerings like dry ice cocktails and seal tartare.

Here are my picks for the top new restaurant openings in Toronto this June.

Pick up all your favourite Drake products, such as cured meats and prepared meals. If you’ve got time to sit, have a classic G & T or sangria along with some smorrebrod at this new Drake outpost on Sterling Road.

This brand new Indigenous restaurant uses ingredients a such as sweetgrass, juniper, cedar, elk and even raw seal to create elegant dishes in the Mount Pleasant area.

Chef Victor Barry's newest spot on Harbord Street has lots of French flair and serves up crudites, cocktails, eclairs and much more.

This kitchsy bar, from the Grant van Gameren team along with Alex Colyer and Max Rimaldi, fuses Eastern European dishes like perogies, smoked fish and schnitzel with a rock-and-roll vibe and a bangin’ back patio to boot.

This new addition to Riverside dishes up combos of island classics, like jerk shrimp, roti, festival dumplings and much more. It also has fun bar offerings, such as coconuts spiked with rum served with dry ice.

This new spot on Bay St. serves up an elegant Persian menu of dishes like saffron rice with berberis and chicken and saffron ice cream, stuffed eggplant and a strong spirit selection.

Head to Queens Quay for this restaurant that combines waterfront views with a diverse local beer and cider selection as well as hearty pub grub.

The folks behind Fresh Off The Boat opened this new Dundas West joint with a menu of dumplings, mapo tofu, fried vermicelli and Taiwanese braised beef noodle soup.

Vermicelli bowls are the order of the day here, but you can also get rice platters or banh mi with your choice of proteins at this new Queen West casual spot.

This new Etobicoke spot is serving up a menu of Moroccan tagine, kebabs, and even subs with beef tikka, falafel and merguez options.

by Amy Carlberg via blogTO
Posted by Arun Augustin at 10:26 AM No comments: