12 must-see concerts in Toronto this July 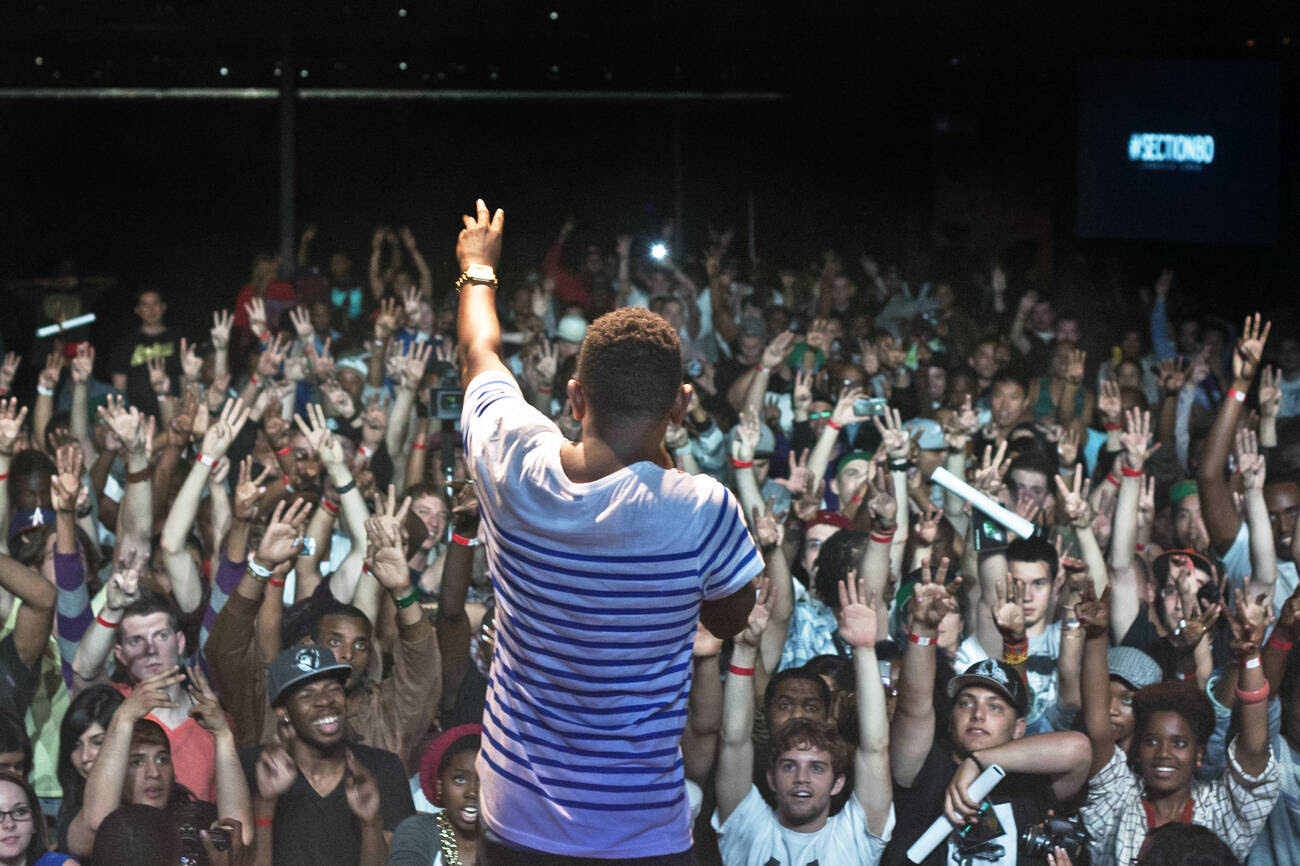 Must-see concerts in Toronto this July deliver tons of mega-talent to our largest venues, coupled with a sprinkle of indie up-and-comers, electronic greats, future folk stars and the requisite blast of summer festivals.

Fear not, electro fans: the Port Lands has stepped in to save this year’s Electric Island from the floods, plus there’s Bud Light Dreams returning to the much drier Echo Beach. Elsewhere, there’s Woodbine Queen’s Plate, the The Beaches Jazz Festival, Afrofest and Toronoise.

The co-headliners are strong this month: honourable mentions go to double-stuffed tours with Muse and 30 Seconds to Mars and Incubus and Jimmy Eat World. Plus, look out for Queen with Adam Lambert, Iron Maiden, Thurston Moore and Belle and Sebastian.

Here are the top picks for concerts this July.

Bob Dylan and His Band (July 5 @ Air Canada Centre)
The songwriting legend and reluctant Nobel-winner continues to make every musician ever look like an utter slacker with a 38th studio LP (a triple album at that!) and a tour that’s now in it’s 29th year. Enjoy another unrecognizable set of classics at ACC.
Ed Sheeran (July 7 @ Air Canada Centre)
I’m getting a little too old to know what’s what in the pop world, but my understanding is that this scruffy redhead with an acoustic is one of TSwift’s besties, plays some certified bangers and is a very nice boy all around, so go see him why don’t you?
DJ Shadow (July 7 @ Danforth Music Hall)
The long-revered sample master came back from a long break with last year’s The Mountain Will Fall, and makes his return to T.O. on a new North-American tour in it’s honour.
Gorillaz (July 10 @ Air Canada Centre)
Speaking of comebacks, your fave cartoon band is finally back in the spotlight (and no, for once I’m not talking about Prozzak). Expect surprise guests, elaborate visuals and feel-good vibes at the ACC.
Beth Ditto (July 15 @ Horseshoe Tavern)
Indie trio Gossip is sadly no longer, but luckily we won’t be deprived of Ditto’s powerful, earthy voice thanks to her solo career. The debut album turns down the disco and turns up the roots rock, but it’s not too far off from the danceable band of her past.
Metallica (July 16 @ Rogers Centre)
Their last show was at the relatively small Opera House, which meant a lot of fans got stuck at home sans tickets, hopefully re-watching Some Kind of Monster for a chuckle. This time, they’re back in stadium style with Avenged Sevenfold and Volbeat.
Ride (July 17 @ Massey Hall)
I know - another shoegaze reunion, another dollar - but before he joined Oasis, Andy Bell’s previous band Ride was one of the most essential of the genre next to My Bloody Valentine, and new album Weather Stations looks to be just what fans were hoping for.
Julie Byrne (July 18 @ The Great Hall Toronto)
If the current state of the world makes you want to run off to a mountain cabin and cut contact with humanity, consider instead simply checking a Julie Byrne concert - her airy vocals and dreamlike music will likely have about the same soothing effect.
Spoon (July 25 @ Massey Hall & Roy Thomson Hall)
More than 20 years on, Spoon are a stable force in the indie rock universe and never fail to disappoint. Groove to the lengthy catalogue of well-honed hooks - including this year’s Hot Thoughts - at Massey.
Kendrick Lamar (July 25 @ ACC)
If there was even a whiff of doubt that he wasn’t one of the great MCs of this era, Lamar effectively destroyed it this spring with the accurately titled DAMN. Travis Scott and D.R.A.M. join him on tour.
Blondie & Garbage (July 26 @ Sony Centre for the Performing Arts)
Did you hear that? Oh, it’s just the sound of my angst-ridden inner teen squealing with delight at these two icons of female badassery teaming up. “The Rage and Rapture Tour” (how good is that?) makes it’s way to Sony Centre for a night.
Pronoun (July 26 @ Smiling Buddha)
Alyse Vellturo delves into her years of youthful emo fandom to guide the deeply personal synthpop she makes under the name Pronoun. Though she just has one EP, the buzz is already building.

by Shazia Khan via blogTO
Posted by Arun Augustin at 7:32 AM