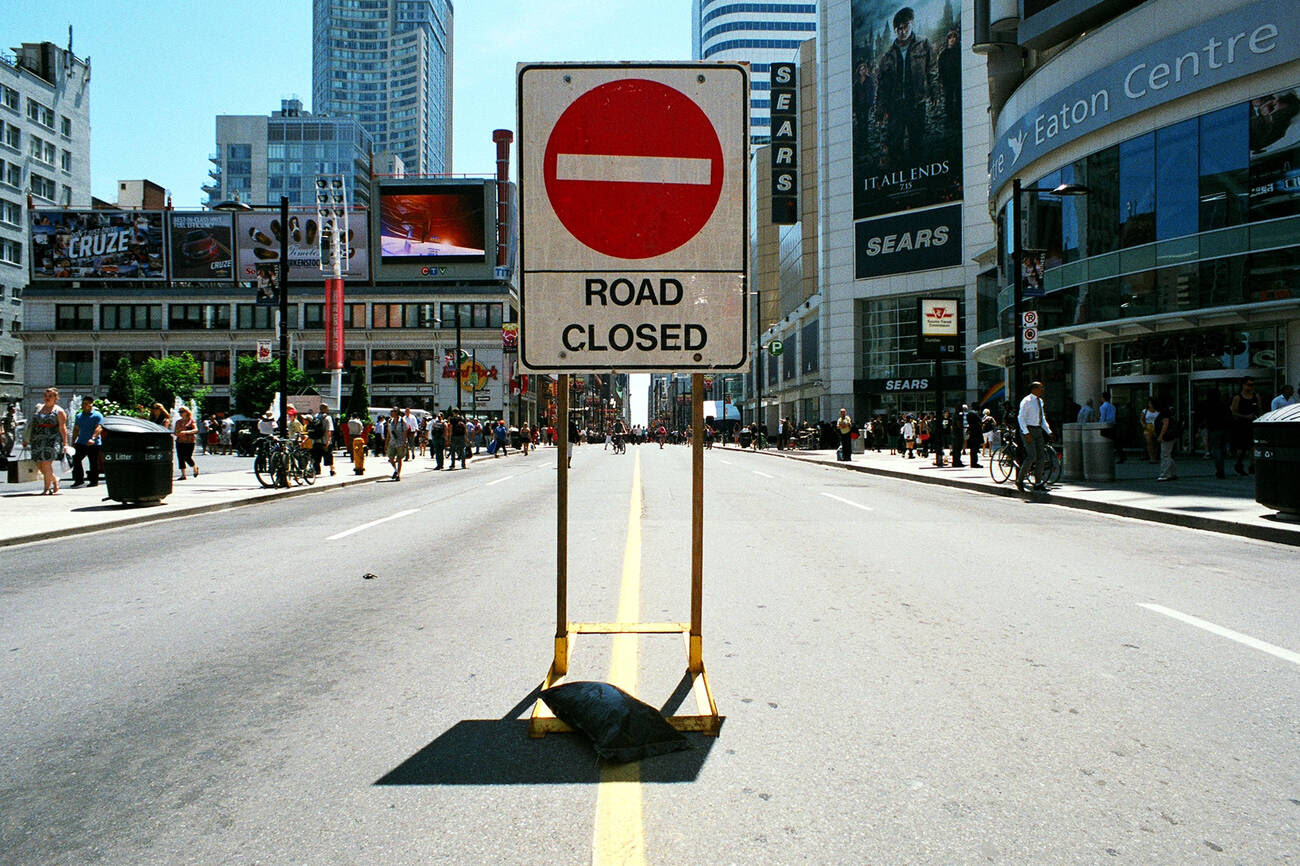 It's going to be a weekend of celebrations and road closures in Toronto as Canada 150 events shut down key routes around the city.

Thursday through Monday you can expect a host of city streets to be closed for Canada Day festivals at destinations like at Nathan Phillips Square, Humber Bay Park West, Scarborough Civic Centre and Mel Lastman Square.

Here are the major route closures to be aware of this long weekend in Toronto.

A series of roads will be closed for the Canada Days festival at Nathan Phillips Square. These roads include:

Additional road closures may be required to manage pedestrian traffic during the event.

by Jaclyn Skrobacky via blogTO
Posted by Arun Augustin at 9:07 AM