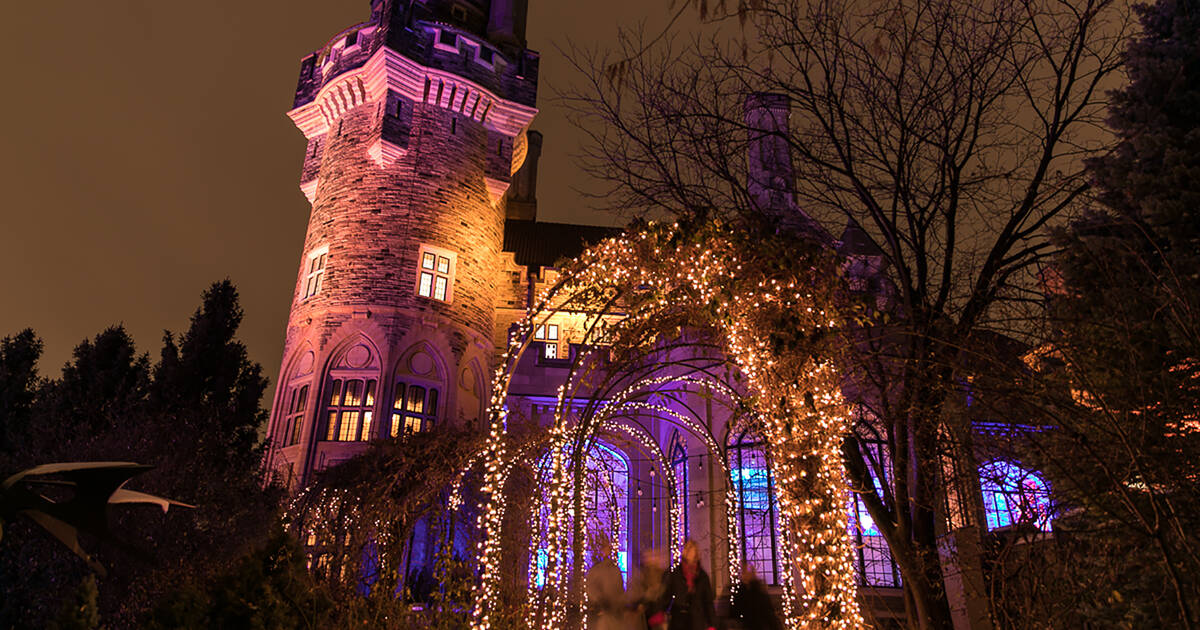 Things are getting magical in Toronto today as Casa Loma transforms into a winter wonderland and GLOW continues its opening weekend. You can take a stroll through a tunnel covered in sparkles and check out a Chanukah market. It's the last day for a few other events, too.

Chanukah Market (December 1 @ Artscape Wychwood Barns)
A celebration of Jewish food culture is on at this huge market with festive treats, gifts, entertainment, music and cooking demos.
Flamingo Market (December 1 @ Buddies in Bad Times)
Toronto's LGBTQ2SIA+ business owners and makers are dropping by for this market with lots of unique gifts, artwork, crafts and cool finds.
48 Hour Film Project (December 1 @ Hot Docs Ted Rogers Cinema)
Catch a selection of short films of the year at this festival with 15 works by Toronto filmmakers who had just 48 hours to create their works.
The Menzingers (December 1 @ Phoenix Concert Theatre)
With a sound that meshes punk, pop and indie, The Menzingers are ready to rip up the stage alongside Tigers Jaw and Culture Abuse.
A Nutcracker Christmas at the Castle (December 1 - January 5 @ Casa Loma)
Casa Loma is once again transforming into a winter wonderland for a season of holiday fun, including light displays, performances, skating and lots more.
Tunnel of Glam (December 1 - January 6 @ Yonge + St. Clair)
Back again is this sparkly walkthrough to feature over 14 million reversible sequins covering the entire space.
One of a Kind Winter Show (November 21 - December 1 @ Enercare Centre)
There's still one day left to check out the winter edition of this huge show featuring artists and makers from all over the country.
GLOW (November 28 - January 4 @ Toronto Congress Centre)
The opening weekend of GLOW continues today with huge Christmas light displays, food trucks, drinks and shopping.
Union Station Skating Rink (November 29 - January 4 @ Union Station)
Union Station's new outdoor skating rink continues its opening weekend with another full day of fun on the ice.
Horror-Rama (November 30 - December 1 @ 918 Bathurst)
It's the last day to get your fill of horror and cult flicks as this big film festival wraps up with screenings, markets, events and more.