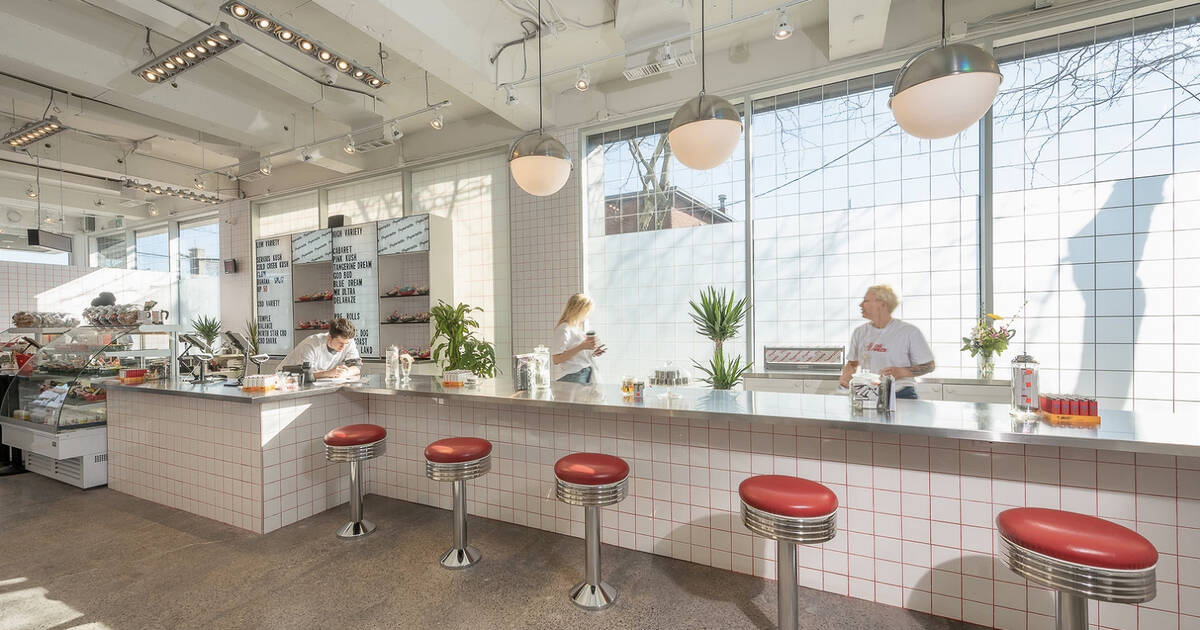 A new cannabis shop is coming to Toronto, and it's going to be unlike one residents have ever seen before — that is, unless they've visited its sister store in Ottawa.

The uniquely-branded marijuana retailer Superette (which is actually already technically headquartered in the city, though without a storefront) will resemble a 1950s diner-slash-corner store, which may not be the first theme that comes to mind when one thinks of smoking weed.

The shop is slated for Rosedale, one of Toronto's bougiest neighbourhoods, of all locales — another seemingly eccentric choice given the fact that many of the city's marijuana stores, as well as its head shops, are located along hip Queen Street West.

If the Toronto location is anything like Superette's Ottawa shop, it will have tons of cute soft merchandise (though provincial regulations prevent the purchase of these items alongside weed), art, marijuana paraphernalia and more lining its well-appointed walls and tables.

The storefront's aesthetic is due to be bright and clean yet familiar and cozy, having neither the cold and sterile nor the messy and unprofessional vibes of some other cannabis stores.

The decor will hopefully be complete with a cinema light box-style menu as well as retro stools and vinyl booths for chats with "budtenders" about product options, like at the Ottawa dispensary.

A thoughtful touch: the brand doesn't make customers deal with hyper-aggressive or neglectful staff, as they can indicate the level of assistance they want by the colour of their shopping basket.

Inventory will include pre-rolled joints, oils and plain ol' flower (which serves as the inspiration for the brand's charming floral logo), but unfortunately not immediately upon opening — the shop will be without bud until the company acquires another license, which should be by July 2020.

The store will open at 1073 Yonge Street, south of St. Clair (former home to a Roots location) some time "soon," though the official date is yet to be announced as Superette works on building its retail brand and community here in Toronto.