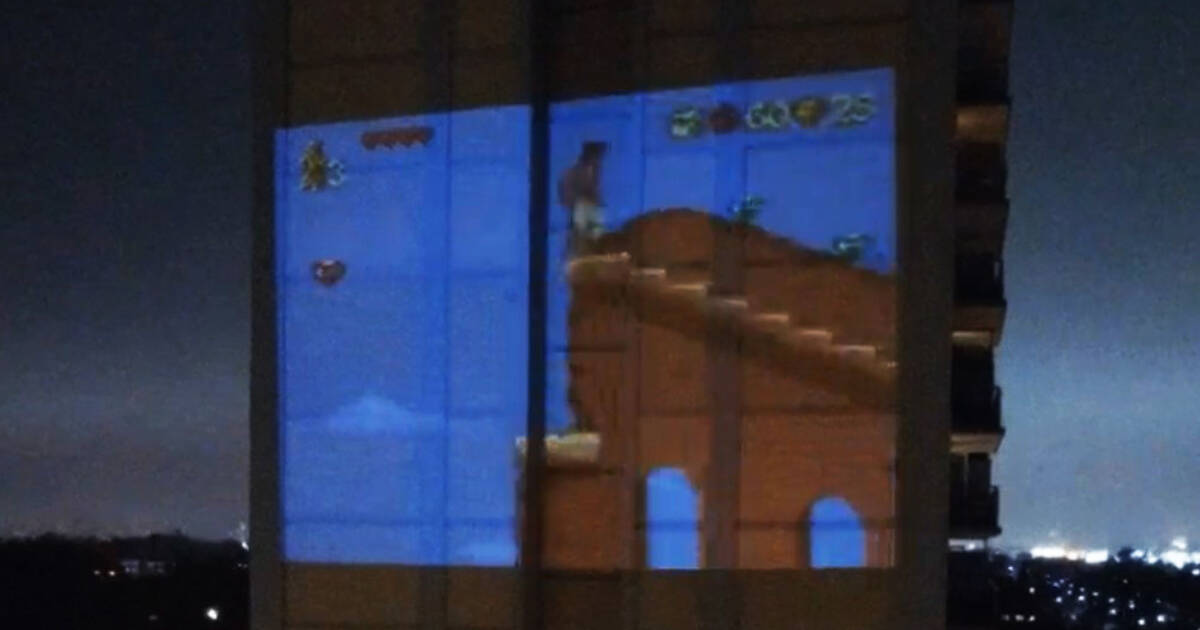 Being confined during COVID-19 is probably resulting in a lot of listless staring out the window right now —but if you live on High Park Ave., that could mean a pretty sweet view of someone's Mario Kart race.

Residents of a condo by High Park have been taking to Reddit to share their balcony POV from the last few days, which has gotten a lot more interesting thanks to someone's DIY video game projection.

Using the side of a neighbouring apartment building at 100 High Park Ave. and a "crappy old Dell", u/CutieGremlin, a.k.a. Dax Martin, has been entertaining their neighbours with a massive projection of some retro games like Mario Kart, Bubble Bobble, and Aladdin.

People have been receiving the stunt really well, especially during the era of social distancing where fun spots like arcade bars are totally out of the question right now.

They're at it again, into it. from r/toronto

According to CutieGremlin, the residents of 100 High Park Ave. haven't really noticed that the side of their building is being used as a projector screen.

Those with a view of the games appear to be enjoying the entertainment, and have ever received an offer from the original player on Reddit to play wirelessly.

Now folks are flooding the comment sections with game suggestions. Tetris would be a pretty perfect game for the building, as would some Jackbox party games via Twitch.

by Tanya Mok via blogTO
Posted by Arun Augustin at 2:25 PM