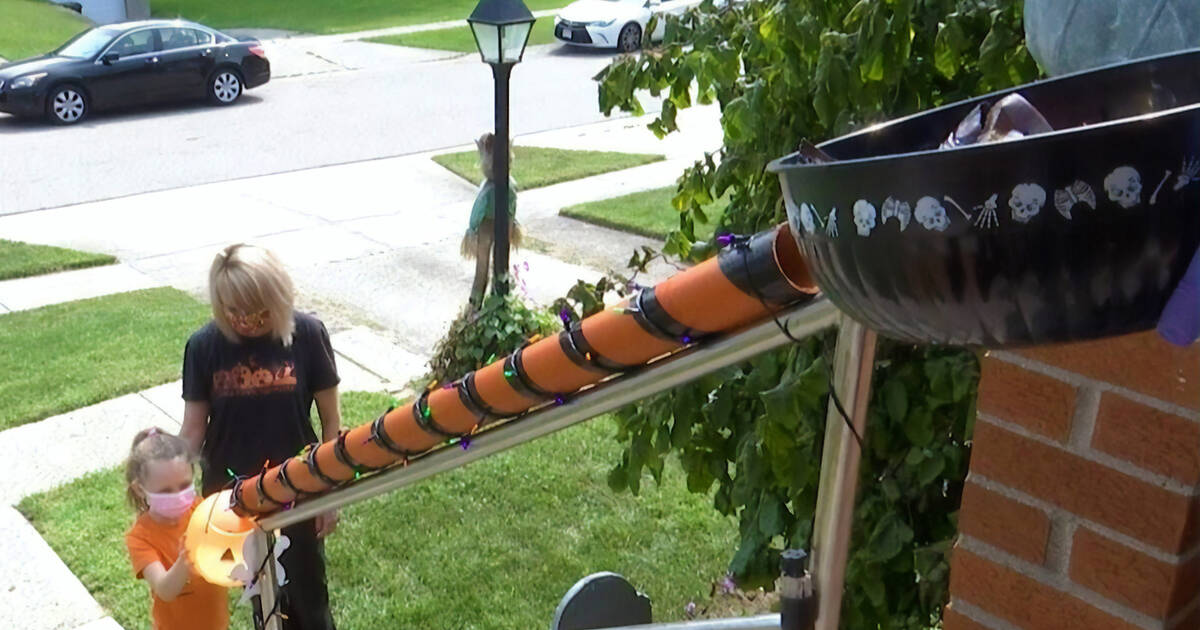 Halloween is just over two weeks away, and while the pandemic threatens to ruin the best time of the year for kids everywhere, some residents are trying to come up with safe and socially distant ways to keep the holiday alive.

Candy sticking is one suggestion that has gained a lot of traction online due to the fact that it is no-contact and adds in a new layer of fun, but there is another idea that has become popular in at least one Toronto neighbourhood.

A candy chute! I love it! #Halloween2020 pic.twitter.com/Qw0YFlIpm4

Geoff Burke, who is known in some of the city's community Facebook groups for posting plumbing tips in a series he calls How NOT to Call the Plumber, is among those who have proposed the "candy chute" or "candy slide," an amusing way to get goodies to trick-or-treaters while still keeping the threat of COVID-19 in mind this year.

Burke has taken it one step further by turning the concept into a fundraiser, asking locals to donate much-needed funds to the Daily Bread Food Bank in exchange for a custom chute that he and his company Watermark Plumbing Services will provide and install.

"We've decided to put our plumbing skills to good use (outside of your home this time). We are trying to give twice in this campaign: First, providing much needed support for the Daily Bread Food Bank in these critical times, and second, helping to facilitate a safer Halloween!" Burke wrote in an Annex Facebook group over the weekend.

"For a minimum $25 donation, we are going to be running around the neighbourhood, providing and installing decorated candy chutes on the railings outside of the homes of anyone who would like one! We hope to help provide a safe way to trick-or-treat this year, while also giving back to the community."

Since posting about the initiative, Burke and his team have apparently received such a huge response — from nearly 300 people, an update says — that they've had to close requests for the time being.

But, the mechanism is definitely simple enough to construct and decorate for anyone who is still eager to celebrate spooky season.

Commenters on the thread have raved about what a cute and fantastic idea the festive little slides are, saying that "Halloween is saved!"

also the candy has tiny parachutes

Other quirky ideas that have been proposed to save Halloween 2020 include using tongs to dispense candy into the hands of costumed young'ns, spacing out bags of sweets on a blanket or table, and building what the Alberta government refers to as a "candy catapult".