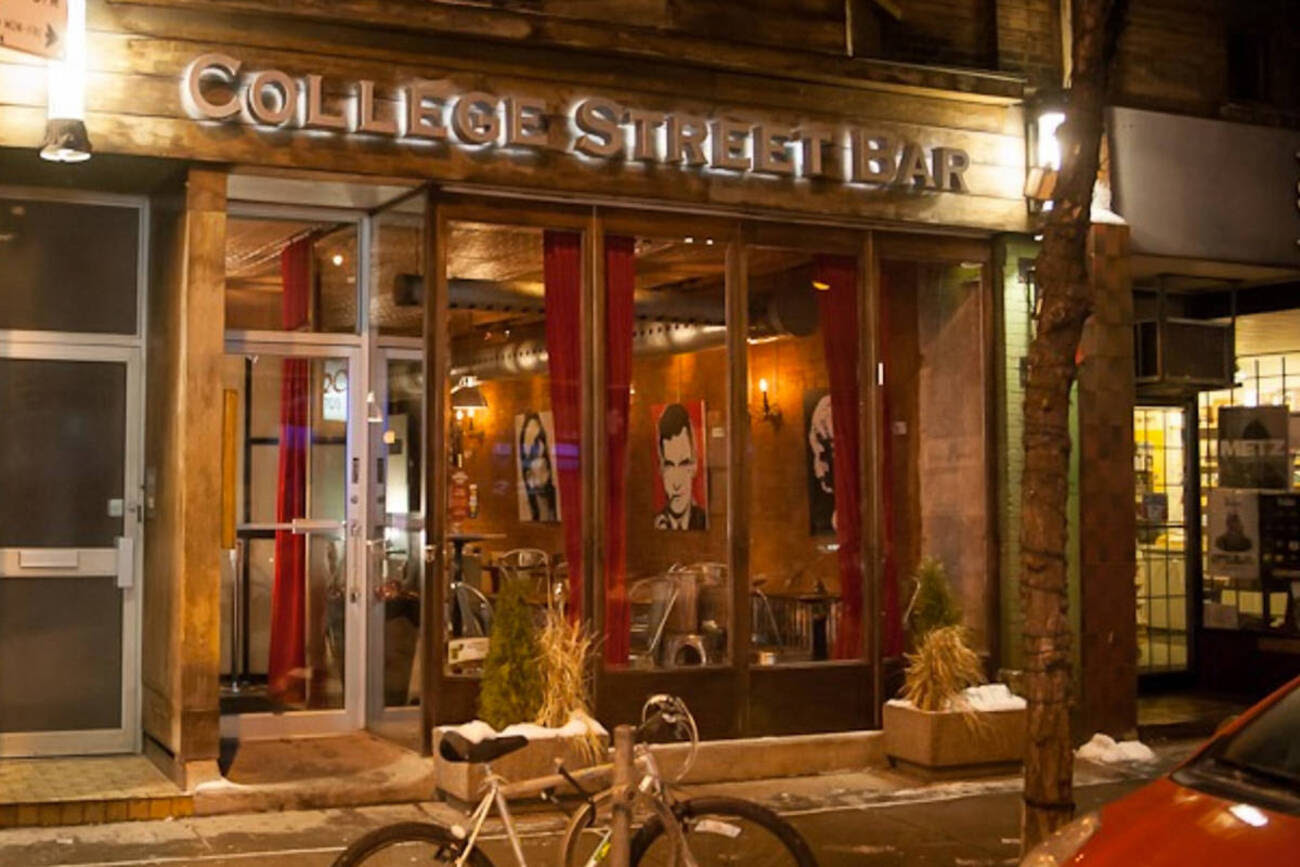 Many neighbours of College Street Bar and Torontonians in general are angry that the establishment has continued to operate despite the owner and a co-worker having been arrested and charged with several offences, including gang sexual assault.

Now city councillor Mike Layton is pushing to have the bar's liquor license reviewed in hopes of a permanent closure.

Layton told the CBC that he will be presenting a motion on Wednesday not asking to have the bar's license revoked by the Alcohol and Gaming Commission of Ontario. He's also calling for a review of workplace safety protocols.

A spokesperson for Toronto's Municipal Licensing & Standards division told the CBC that the bar's current license is valid.

Layton is hoping the motion might speed up the act of shutting down the bar, which he says would show that the city stands against what allegedly happened there last December.

by Phil Villeneuve via blogTO
Posted by Arun Augustin at 2:39 PM