Mirvish Village might be saved in Honest Ed's redevelopment 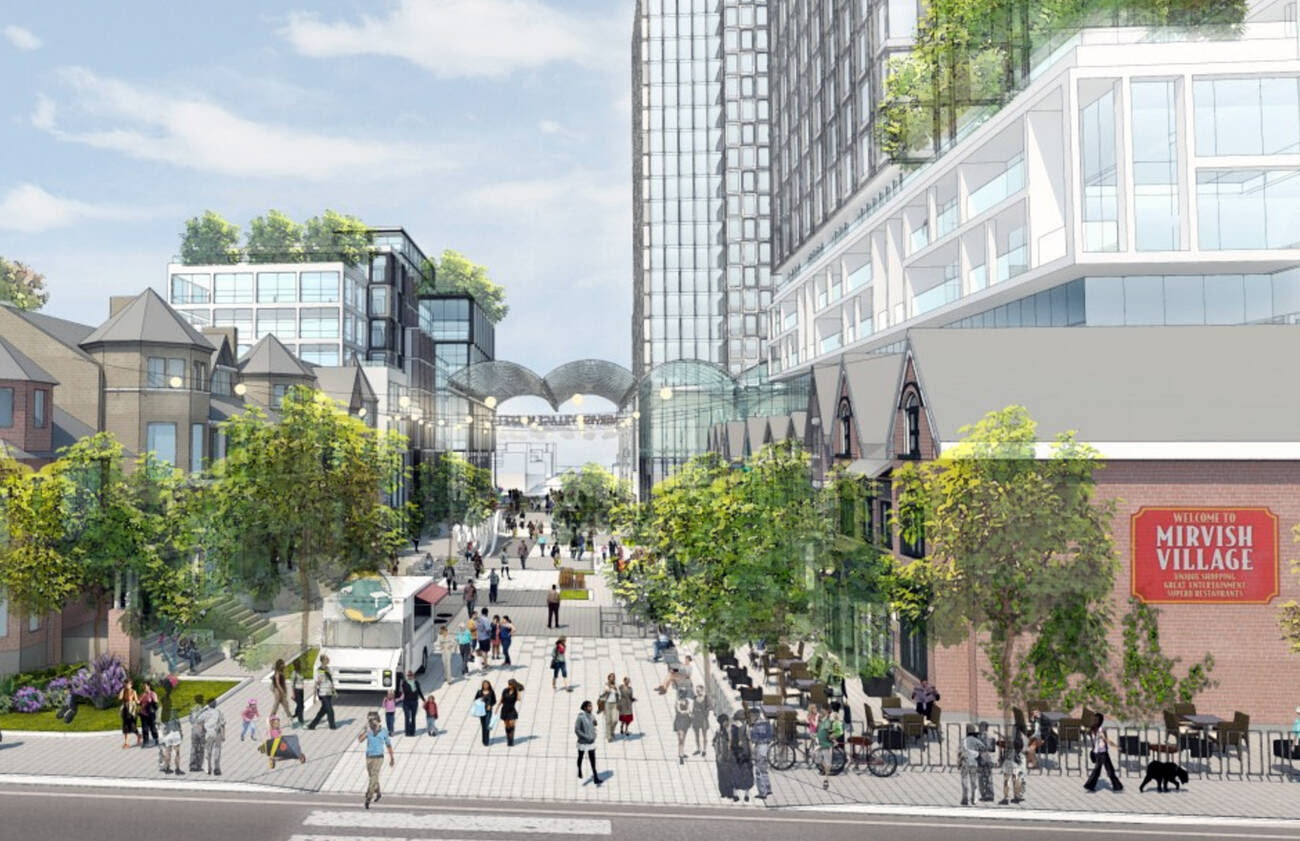 It's the last day for Mirvish Village in Toronto. Most business owners have already packed up shop, but the deadline to vacate the premises is January 31, a date that'll be marked with a farewell bash at one of Markham St.'s longstanding bars.

But perhaps there's reason to be optimistic about the future of the neighbourhood as the redevelopment process begins in earnest. Recent updates to the development application filed with the city reveal a wider scope of heritage preservation, additional green space, and slightly lower density. 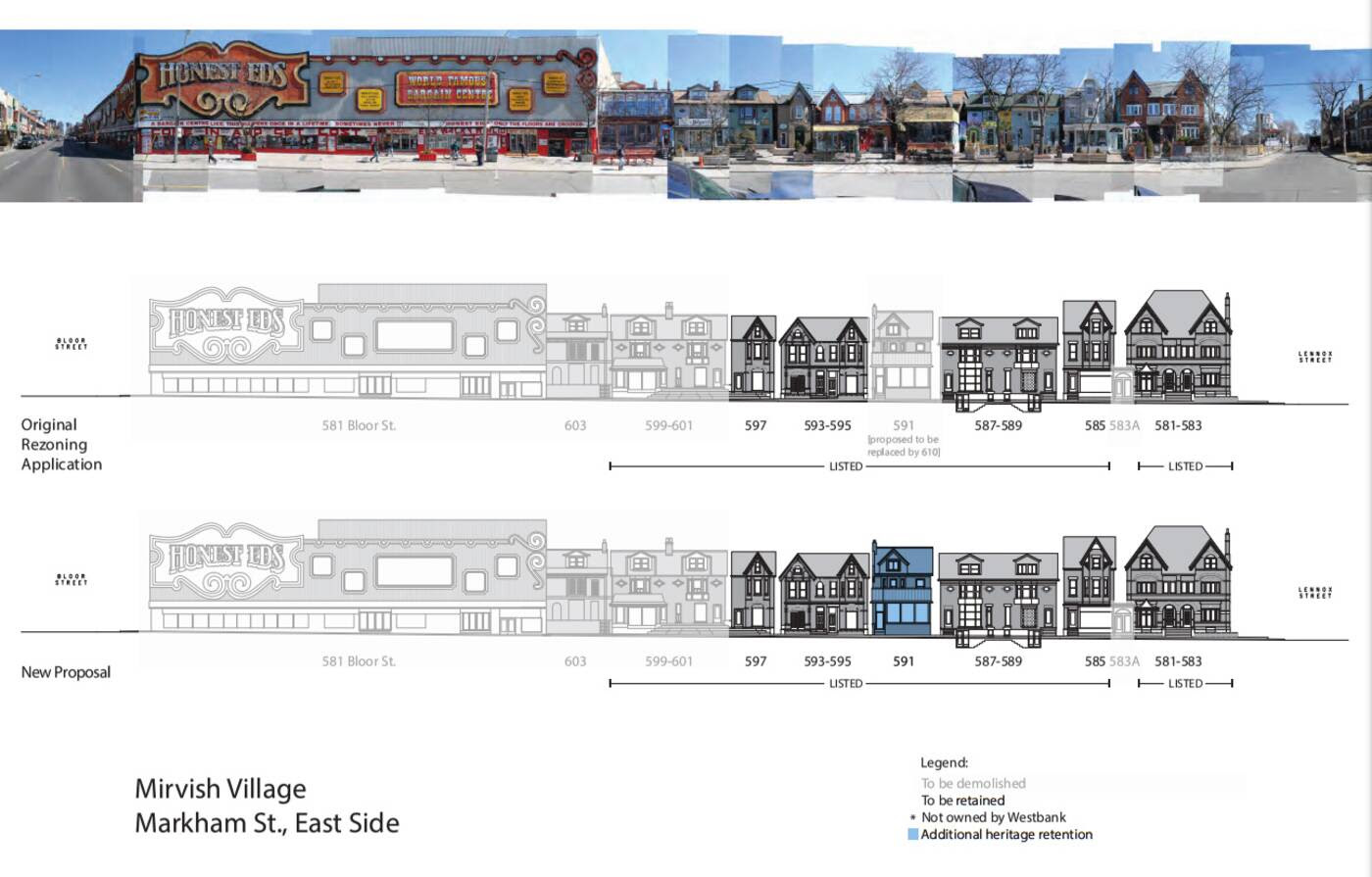 When the original heritage report (PDF) was prepared for the redevelopment of Honest Ed's and Mirvish Village, none of the buildings in the area were on the city's historical register. Following recommendations from a separate study titled "Better Bathurst" compiled by DTAH Architects, 27 buildings on the site were added. 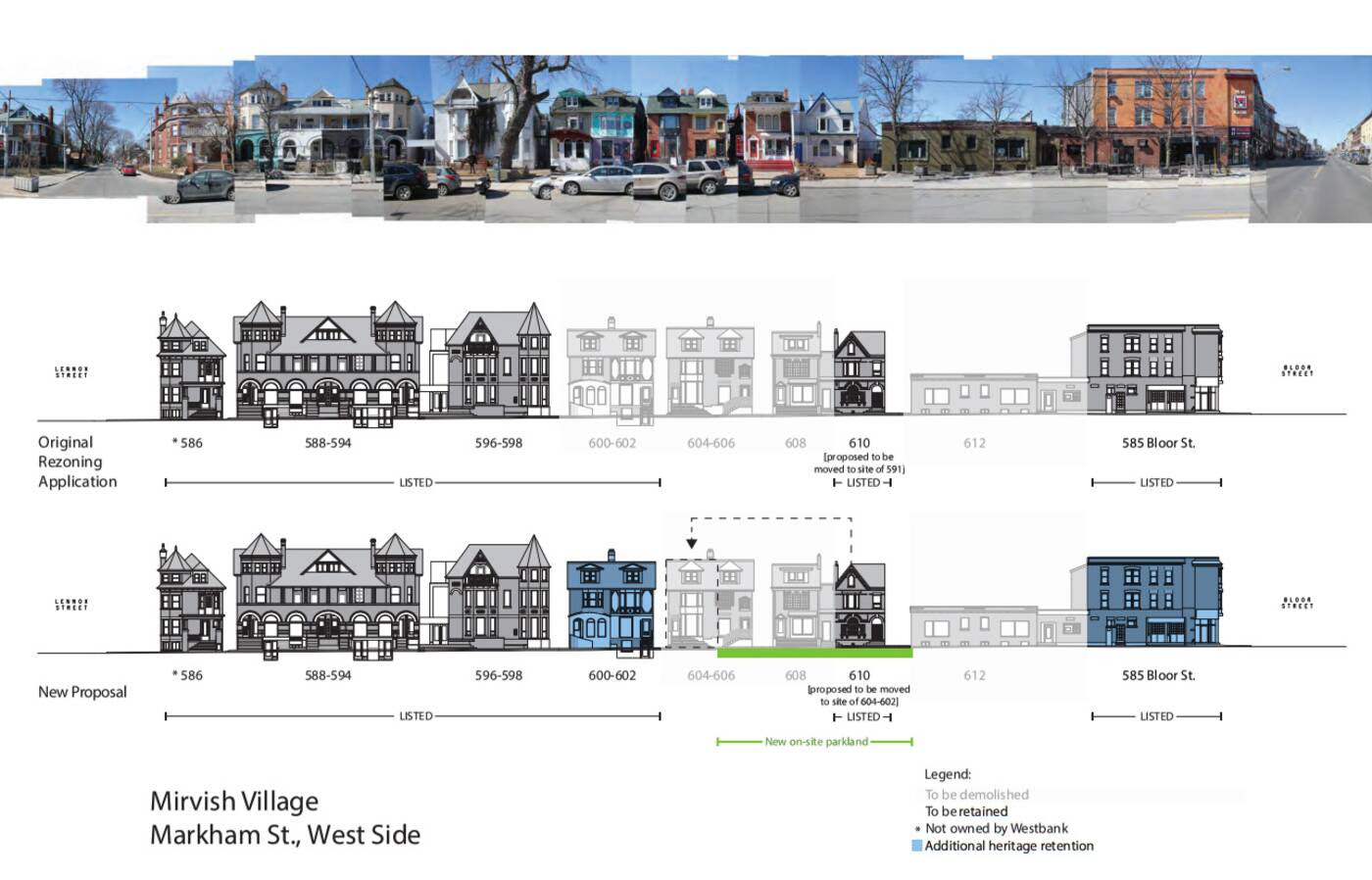 Of these, current plans (PDF) call for the preservation of 23 historic buildings. Westbank, the developer of the site, always planned to preserve some of the heritage properties, but the number has grown through each stage of the project.

The majority of new properties marked for preservation were added in a May 2016 revision to the plans, but the latest iteration also includes buildings at the south end of the site (742 and 744 Bathurst St.). 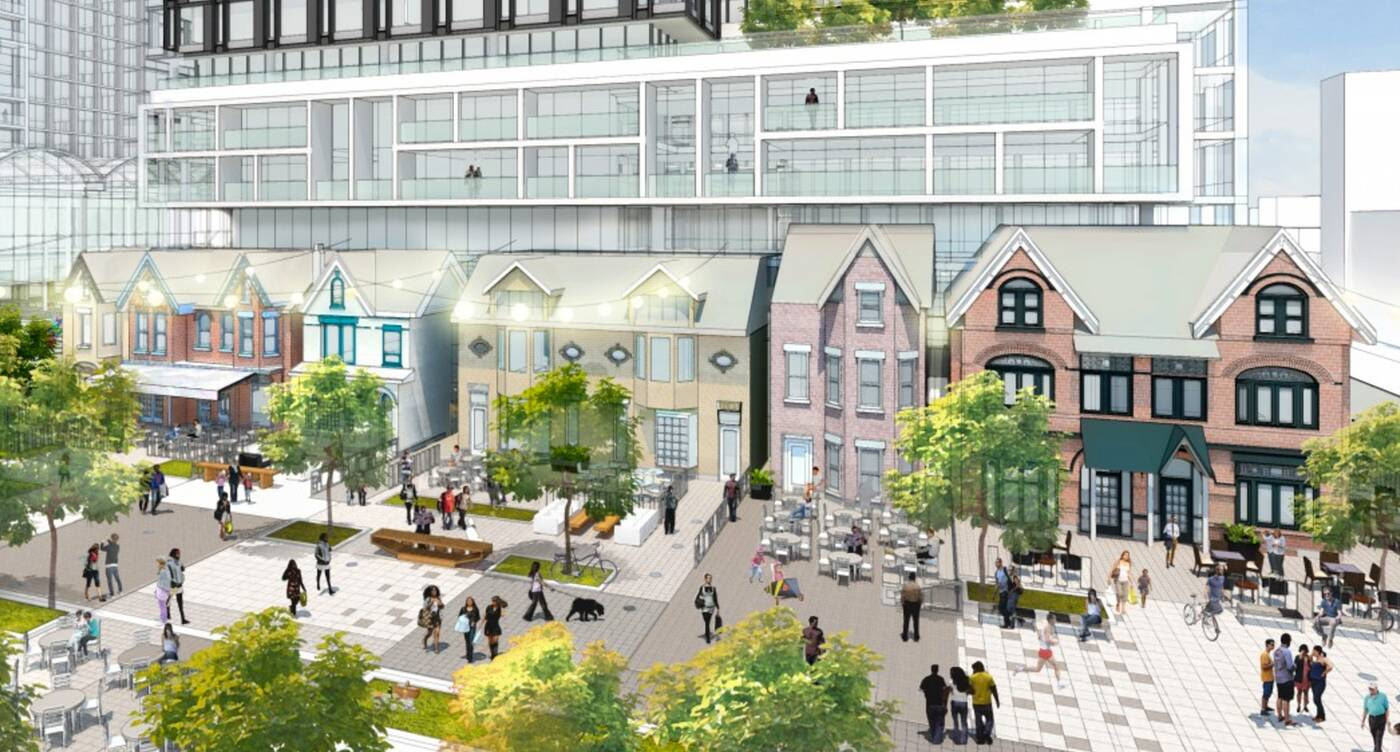 While it'll be surrounded by far increased density with as many as 47 new buildings added to the overall site (many of them rental apartments), much of the historical character of Mirvish Village will remain. So too, perhaps, will some of the vibe.

You can't re-create a neighbourhood that formed as a series of compromises and accidents, but Westbank does envision a street filled with restaurants and small shops that could even be closed to traffic in the summer.

It's unlikely that the eclectic mix of tenants will return to the street once the rent for commercial space surrounded by thousands of nearby renters goes through the roof, but it looks like Mirvish Village might still be a place with historical character and a distinct identity.

by Derek Flack via blogTO
Posted by Arun Augustin at 10:49 AM