NBA officially postpones Raptors vs. Celtics game but playoffs will go on 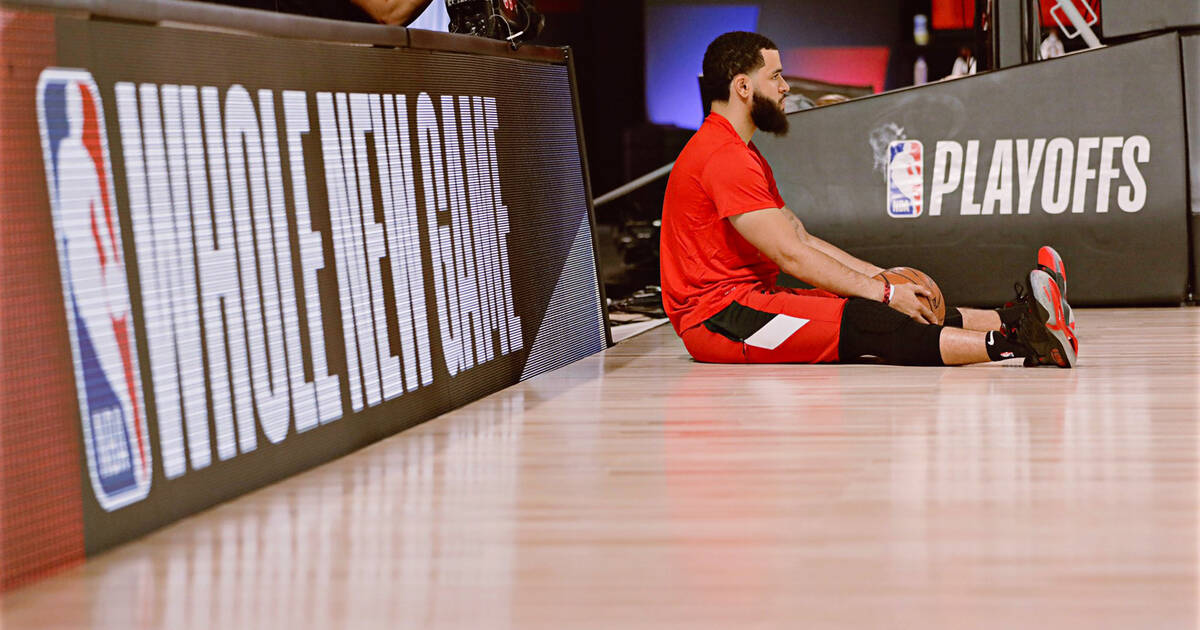 After more than two days of intense discussions between NBA players, coaches and officials, the league has decided to postpone tonight's Eastern Conference semifinal series opener between the Toronto Raptors and the Boston Celtics.

The playoffs, however, will go on. We just don't know when yet.

ESPN's Adrian Wojnarowski broke the news of tonight's postponement shortly before noon on Thursday, less than an hour after players had convened to discuss a potential boycott (or more accurately, a strike) over the shooting of Jacob Blake by police in Kenosha, Wisconsin.

The NBA confirmed that the game was cancelled in a statement published just before 2:30 p.m., four hours before what would have been tipoff.

It is not clear when the playoffs will resume, but NBA insiders are saying that players have decided not to boycott the rest of the finals, as the Lakers and Clippers reportedly voted to do last night.

The Athletic's Shams Charania, who like Wojnarowski has solid sources inside the NBA, tweeted that the league and players hope to resume the season on Friday.

If this is the case, the Raps would likely play Game 1 in the Eastern Conference semifinals against the Celtics on Saturday.

Another meeting will be held later today inside the Disney World bubble, according to ESPN, with two players per team and all NBA owners to "formulate action plans to address racial injustice issues as well as ironing out details of restarting the playoffs."

Sources: Players today discussed the sacrifices all of them have made to reach this point in the postseason, and sense of normalcy returning with families entering Disney Campus. Players who voted not to play on Wednesday night understood.

Rumours of the boycott and a potential league-wide player strike have been swirling all week in light of the Kenosha shooting, which is only the latest in a series of racist attacks including the murders-by-cop of George Floyd, Breonna Taylor, Elijah McClain and countless other innocent Americans.

Blake, 29, was unarmed and simply trying to get into his car when he was shot in the back, seven times, at point blank range, in front of his kids, by a police officer on Sunday night.

The father of three survived the incident, footage of which has now been shared widely on social media, but family members say he is currently paralyzed from the waist down.

NBA players, who'd already been using their platforms all summer to support the Black Lives Matter movement, have been speaking to media about little else ever since.

"Do we actually give a f--- about what's going on? Or is it just cool to have Black Lives Matter on the backdrop or wear a T-shirt?"

Raptors stars Fred VanVleet and Normal Powell spearheaded the conversation on Tuesday by confirming that a boycott was possible, that they wanted to do more to address the injustices than take a knee during national anthems and wear NBA-approved social justice slogans on their uniforms.

Last night, the NBA ended up postponing all three scheduled games when the Milwaukee Bucks decided not to take the floor against the Orlando Magic.

"It's very frustrating. I'm tired of sitting up here and talking about Black Lives Matter and doing this, that and the other and trying to affect change," said Powell on Tuesday when asked about whether the Raptors would boycott any upcoming games.

"I'm tired of reading and seeing these incidents and then seeing these police officers being put on administrative leave like, ‘Okay, you killed somebody. Go have a vacation and we'll figure out what really happened."

"It's on all of us to actually stand up and demand things and get in front of these people's faces that make the laws and have the power to fully affect change and force them to."