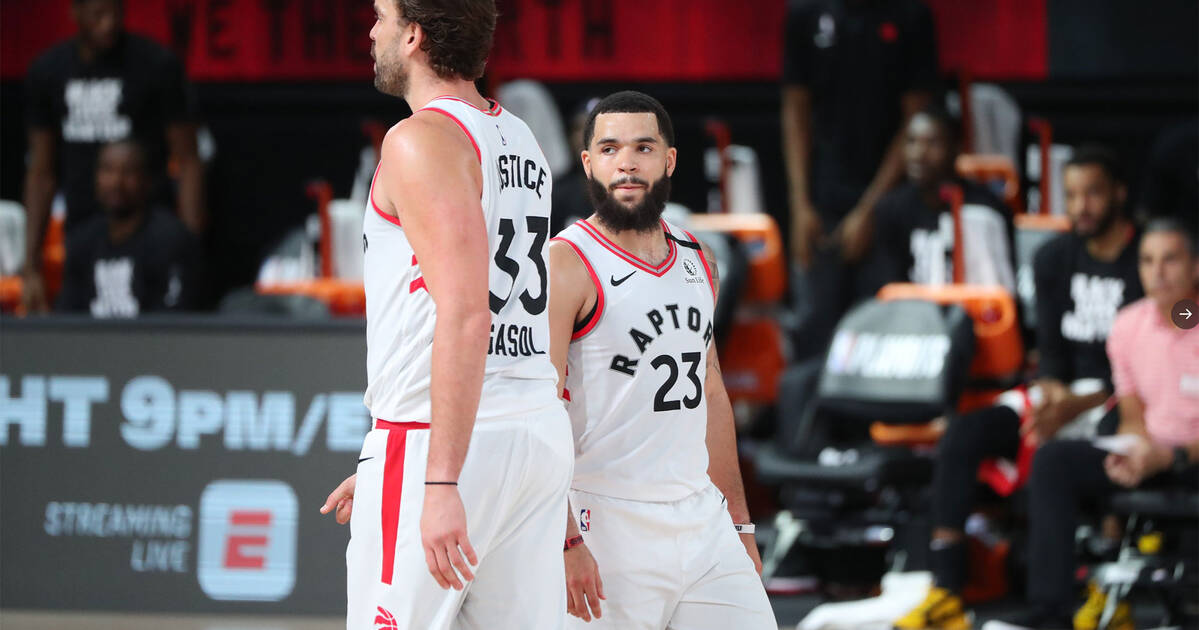 The Milkwaukee Bucks just became the first team to boycott an NBA game when they didn't emerge from the locker room during their Game 5 tilt against the Orlando Magic.

Toronto Raptors' coach Nick Nurse says there's a strong possibility the Raptors and Celtics game currently scheduled for Thursday could be next.

On Wednesday, Nurse said in a press conference that the boycott was not the only idea on the table.

"It's ongoing discussions, I think it is on the table. There's some other ideas on the table as well. It's kind of the way things are in the state of the world right now," Nurse said.

Toronto head coach Nick Nurse said that a boycott of Game 1 between the Raptors and Celtics "is on the table" as well as "some other ideas." pic.twitter.com/dMf5vFAsmH

He also added that he's heard a couple of his players say they are thinking of going home but is not sure if it's a team-wide thing.

Nick Nurse says he has heard some of the Raptors are considering going home. pic.twitter.com/bScBbsbqTX

"I think there's much more we can do here playing and using the platform," Nurse said.

If a boycott were to happen, it would see the Raptors sit out from Game 1 of the NBA finals against the Boston Celtics.

News of a possible boycott came after footage was released of Blake being shot in the back seven times in front of his kids even though he was unarmed. His family members say he is now paralyzed from the waist down.

Toronto Raptors star Fred VanFleet spoke only of Blake during a press conference on Tuesday which is when he revealed the team's idea.

Fred VanVleet took no basketball questions and only spoke about Jacob Blake. He was incredibly thoughtful and visibly emotional - so I simply asked him how he’s doing. pic.twitter.com/9gSaFf4Bc4

While many fans are supportive of the team's potential boycott, others also believe that using the platform they were given might be a better idea.

I am not in favor of this only because I don't think it will make a difference in the long run. I agree with the cause but what about people that had to work during the pandemic and if they didn't they got fired. Use the platform in a more meaningful manner to help better all.

The Eastern Conference semifinal is set to begin on Thursday night at Walt Disney World Resort near Orlando.