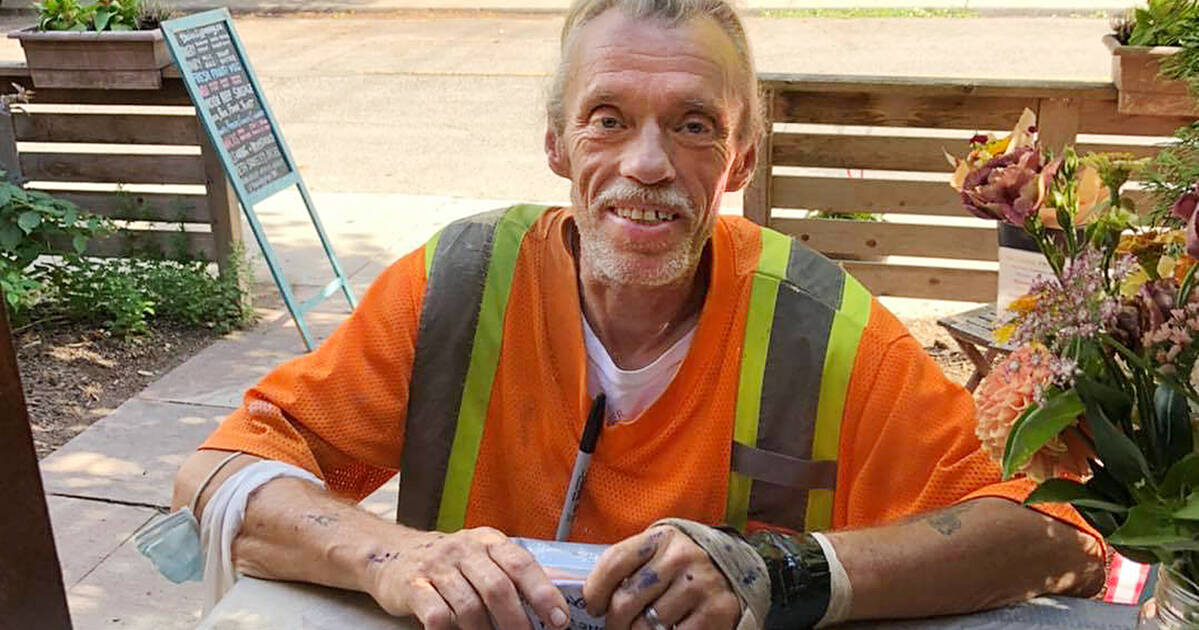 A man living in Trinity Bellwoods Park in Toronto is now moving into an apartment thanks to acts of kindness from strangers and the strong support of a local cafe.

The Lucky Penny posted a picture of the man (named George) to their Facebook page, announcing the good news.

"This is George. He's been living in a tent in Trinity-Bellwoods Park for the past while, while picking up jobs as he could," reads the post.

"He posted some signs asking for help, and I am so proud to be part of the local network that responded, including several of our regular customers. Happily, George is moving into an apartment this week! We're going to miss fixing his large 5X5 coffees."

"I first noticed George's signs about two months ago," says Debbie Rix, who owns Lucky Penny and also lives on Crawford. "He wrote about how he had worked for Grand & Toy for many years, his wife had died of cancer and he and his daughter, adult and not currently with him, subsequently lost their home. He was asking for help."

A regular started buying sandwiches for George, and then Rix's daughter who works at the cafe gave the regular a gift card to pass on to him, which led to George coming into the store himself. He became a regular himself, stopping in three times a day and using their outdoor outlet to charge personal items.

"I kept reloading his gift card, and another customer also bought him a card so he was able to get his 5X5 coffees and frosted flakes...he likes sugar!" says Rix.

The original regular who bought George sandwiches connected with some people in the Trinity Bellwoods neighbourhood, and coordinated help for him with those residents as well. George has been working as a handyman, doing renos, painting and other jobs. He's been in the park since Rix noticed his signs, for about two months.

"He was previously in a shelter, but there was a lot of drug use and he had altercations with the staff about the drug use and fights," says Rix. "George told me last week that a social service organization had found an apartment for him, but not in this neighbourhood."

While George's new apartment may not be close to Lucky Penny, hopefully he'll find a new place to get his daily 5x5's and will come back to visit the folks that were able to help him out.