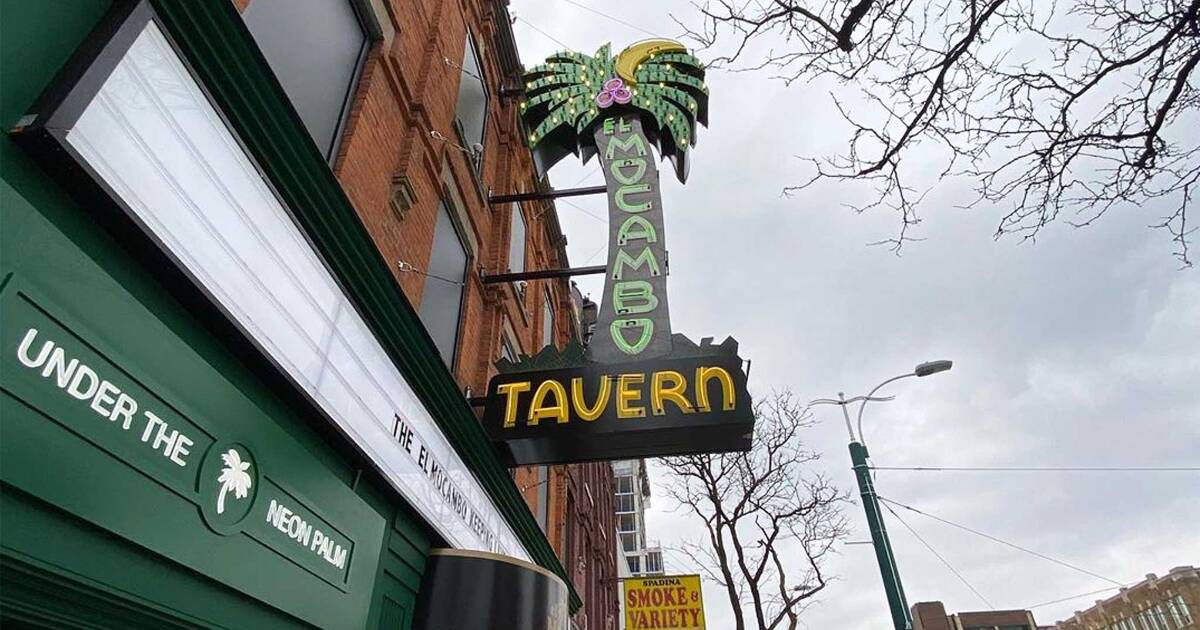 After plans to open with major revamps staggered to a halt earlier this year when the pandemic hit, El Mocambo is finally reopening its doors for live music shows in September.

Its first event will be a live show on Sept. 10 with Big Wreck, which will be livestreamed using the venue's new state-of-the-art technology.

We are very excited to announce that @bigwreckmusic will be streaming live from @theelmocambo on Sept 10! You can grab tickets to standard definition or 4K streams via @nugsnet (link in bio) This kick of show is presented by @jimbeamofficial in partnership with @nobis and @wahlburgersca powered by @mogomoney - we are grateful to everyone participating in #keepinglivealive and we can’t wait to welcome you to the venue (virtually) very soon!

The El Mocambo has been upgraded to form three distinct "acoustically tuned performance areas" with their own washrooms, entrances and exits, and names: The Starlight Room, Under the Neon Palms, and VIP Balcony.

The Big Wreck show will take place "Under the Neon Palms," on the second floor.

Fans can purchase tickets to access the livestream, available in standard or 4K definition.

"During these unprecedented times we need to unite together to support everyone in our communities,"says owner Michael Wekerle."Music is a thread that unites us all and we are working closely with artists and their team members to bring new and meaningful experiences to music lovers, in new ways – safely."

"Myself, and my team are encouraged to continue to innovate, and work to create solutions that work to support artists, fans, communities and the entertainment industry at large. I am hopeful that with continued collaboration we can all work to sustain a healthy and thriving entertainment sector, and to ultimately keep live alive."

The 10,000-square-foot historic venue, which began undergoing renovations in 2015, now also has a mezzanine, retail space, mobility friendly access and recording and streaming equipment as a "content creation centre."

"We are now a broadcast facility with three isolated performance areas, state of the art audio and video equipment and the ability to capture, record and stream high resolution content to a global audience," says Jamie Howieson, production manager and executive designer.

"We have a central control room with a video control room, an audio control room and a vocal isolation booth, which allows us to pull audio and video from three separate performance spaces in the venue while simultaneously editing, mixing and delivering content via streaming platforms, or recording and capturing for future use."

The El Mocambo can now also be booked for weddings and private events, which can also be recorded and livestreamed from the historic venue. It was originally shut down temporarily in 2014 before Wekerle purchased it.