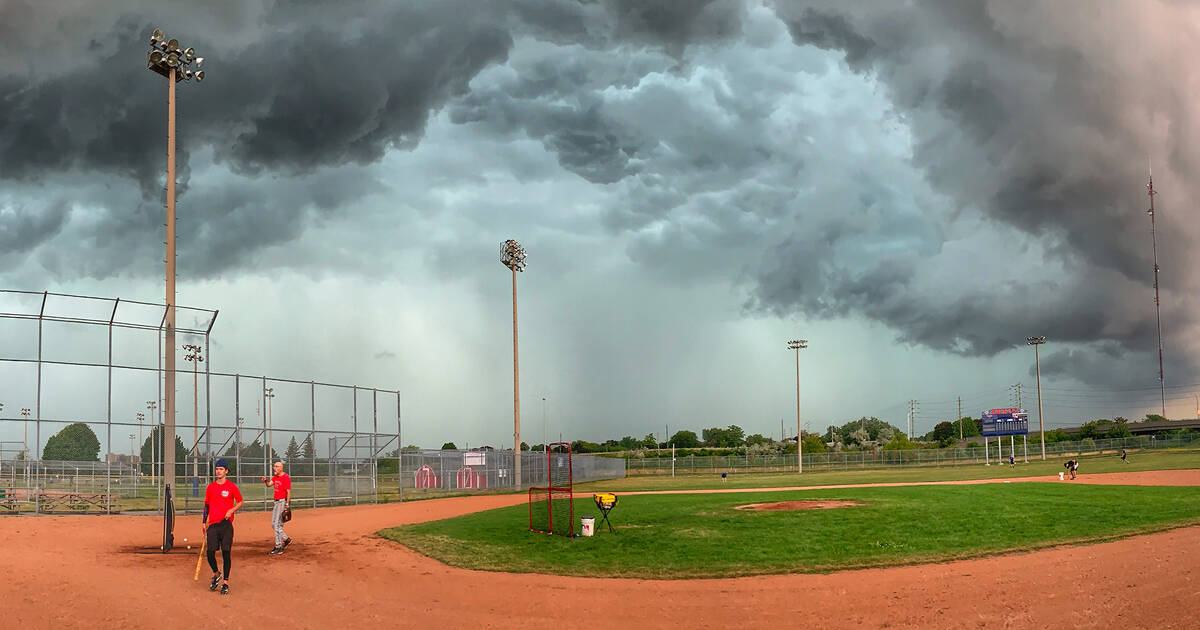 Meteorologists have good news today for anyone who can't wait for this heat to break ... and bad news for those whose weekend plans depend on warm, sunny weather.

Remnants of Hurricane Laura, which was just upgraded from a tropical storm by the U.S. National Oceanic and Atmospheric Administration, are expected to push moisture into southern Ontario on Friday evening, bringing rains, high winds and thunderstorms into the region.

The Weather Network expects this system to impact Ontario well into Saturday before ushering out some of the humidity that's been plaguing Toronto pretty much all summer long.

#Laura is now a hurricane & is expected to continue to strengthen now that it is over the open water of the warm Gulf of Mexico. Up to 300 mm of rain, destructive winds & a life threatening storm surge are all on the table. @weathernetwork pic.twitter.com/jKUILPL9CN

We won't have to wait until the weekend, however, to say goodbye to this soupy air: A cold front moving in today could "bring a bit of rain and the risk for thunderstorms... though it all looks relatively mild," according to meteorologists.

Then, on Wednesday, a "fairly sharp" temperature boundary is expected to move across southern Ontario, once again threatening severe thunderstorms in Toronto while cooling things off.

"Overall temperatures bounce back somewhat Thursday before once again dipping down on Friday, with both days featuring some storm chance," writes the Weather Network.

The network is calling for a "feels like" temperature of 36 C for Toronto on Thursday, up from just 24 C the day previous.

In other words, it's going to be a volatile week, capped off by one doozy of a storm prompted by the tail end of a life-threatening hurricane that should hit the Louisiana-Texas border Wednesday night.

After that, it could be smooth sailing for at least a little bit.

"Beyond, the following weekend looks to be temperate and, for some, even fall-like," writes the Weather Network of the conditions expected after the storm.

It might not last very long, but even one weekend of fall-like weather sounds beautiful right now.