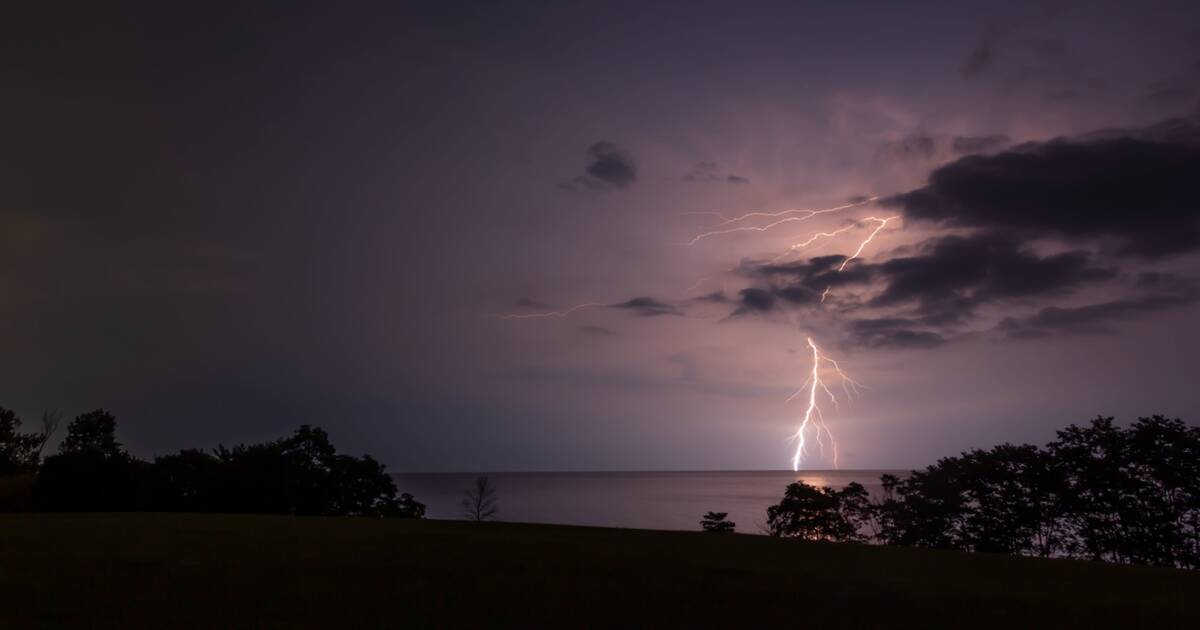 As the majority of Ontarians lay sound asleep in their beds last night, a massive lightning storm struck parts of the province.

The storm was the result of an "overnight cold front sinking southward through southern Ontario," according to The Weather Network, and it created some pretty impressive light shows throughout Southwestern Ontario and parts of the GTA.

And while the storm did hit in the early hours of the morning, fortunately, some photography enthusiasts sacrificed their beauty sleep to capture images of the incredible light show.

The shot I’ve been waiting for since the GO condo has gone up in Burlington. Lots of intense CG lightning last night. This ones going up on the wall😎👍🏻 @weathernetwork @MikeOlbinski #onstorm pic.twitter.com/C1iHxiEufh

Photos of the lightning over Lake Ontario have been posted to social media, and they show purple skies featuring several bright beams of light.

A few shots from this evening as a severe warned, multi-cell cluster that brought strong wind gusts and torrential rain tracked through the Golden Horseshoe and out over Lake Ontario. #onstorm #onwx #lightning pic.twitter.com/TAzlwsxjt5

Residents of Hamilton also posted some images of what the storm looked like outside their windows, and it seems the lightning was so bright it effectively lit up the entire night sky.

Quite the light show in #HamOnt tonight. This is the only good shot I managed to snap before my camera battery died, wanted to go find a charged one but didn’t want to miss the show. #onstorm pic.twitter.com/ubJhES8WLo

One photographer in Caledonia also managed to capture the light show, but not without fearing for his safety for a split second.

This one made me try and duck under my tripod for ... shelter? The human brain is weird. Just outside of Caledonia here. @weathernetwork #onstorm pic.twitter.com/igCvSUWapP

There were also numerous reports of damages caused by the storm, including falling trees and downed wires.

Damage on county roads north of Ingersoll is high end. Most roads impassable. I'm walking on foot with my LED panel and trees laid over across road as far as eye can see with wires strewn about. 25% of canopy ripped apart. 120-130km/h+ in spots. #onstorm @ECCCWeatherON @cluke5 pic.twitter.com/Cbc3aYkmnB

Residents of Kingston also reported large debris and other damage thanks to strong winds.

In case you missed the show, there was definitely some wild lightening in the sky over #Kingston early this morning!

Several reports of trees down, large debris, and damage possibly due to winds or possibly a localized microburst.#ygk #Weather #thunderstorm #ONstorm pic.twitter.com/NgjkuODaOL

But while the storm did wreak some havoc in its tracks, at least it was a beautiful sight to behold for the select few who were awake in time to catch it.