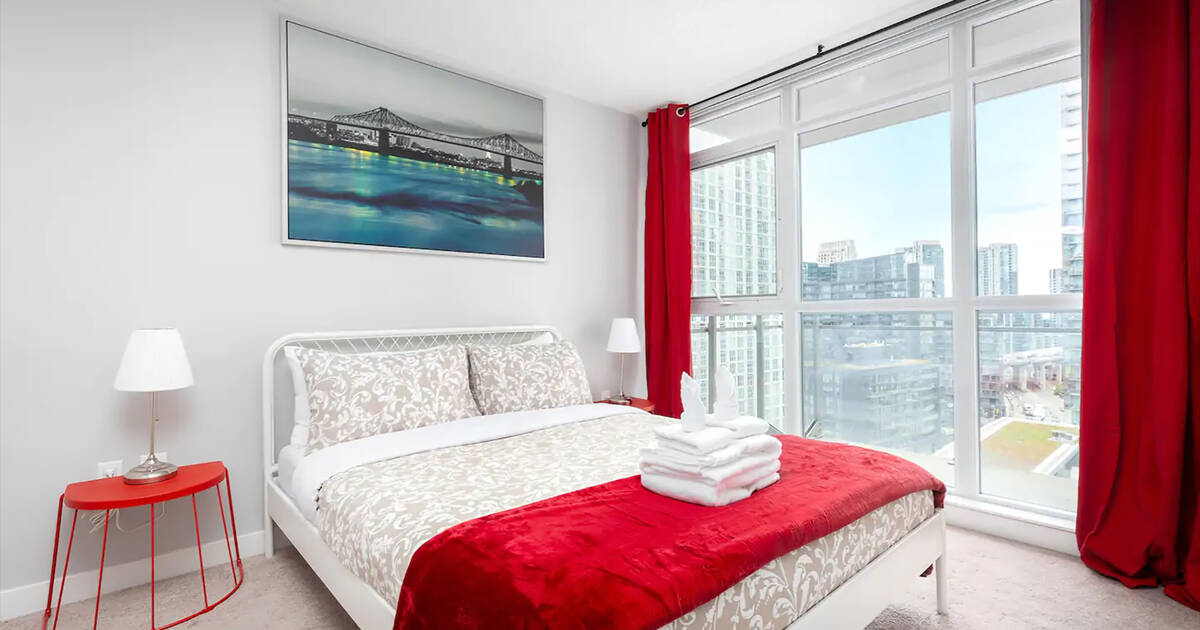 The city announced the news on Tuesday, warning all Toronto residents who rent out their homes for less than 28 days at a time that they'll need to register as short-term rental operators by the end of this year.

"Beginning September 10, 2020, short-term rental operators will need to start registering with the City in order to operate in Toronto," reads the announcement. "Registration is a necessary first step to allow the City to effectively administer the new rules applicable to short-term rentals."

Those who currently rent out their home, or a portion of their home, for extra cash must register by December 31, 2020.

People who merely own a block of "investment properties" inside condo buildings they don't live in, but rent out to tourists sometimes can just stop, because that's illegal.

Just got this in mail fron City of Toronto, starting Sept 10th all short term rentals will have to be registered. 👋😎 later Airbnb superhosts, can call 311 to report non primary residence short-term rentals. pic.twitter.com/Hw3sq1tIll

This much has been true since November, when, after years of legal squabbling between the city and Airbnb, a provincial tribunal ruled in favour of Toronto's new Licensing and Registration of Short-Term Rentals bylaw.

Without any enforcement of the bylaw, however, an estimated 10,000 illegal Airbnb listings were still available in Toronto as of February.

The number of "ghost hotel" units has likely dwindled since the pandemic hit; thanks to travel restrictions and safety concerns, hundreds of landlords have converted their short term units into longterm rental housing.

Nevertheless, anecdotes from the halls of condo buildings in neighbourhoods like City Place and Liberty Village suggest that the Airbnb market remains strong. Too strong for the taste and percieved safety of many residents.

Ghost hotels have not only taken a sizeable bite out of Toronto's rental market in recent years, they've frequently been linked to raucous parties and even a few local shootings.

The new rules aim to prevent these kinds of units from operating. In addition to registering with the city and renting out only their primary residences, short term landlords must also now cap how much they rent out their at 180 nights per year.

They'll also now need to pay a "four per cent Municipal Accommodation Tax (MAT) on a quarterly basis starting January 1, 2021," according to the city's announcement.

The City is launching a new online registration system for short-term rentals. Beginning September 10th short-term rental operators will need to start registering with the City in order to operate in Toronto. https://t.co/6leHyaoKKy

"Airbnb has been working collaboratively with the city of Toronto on the registration effort for many months," said Alex Dagg of Airbnb by email of the move on Tuesday.

"Most recently, we connected the city with Airbnb hosts to conduct focus groups pertaining to the development of its new registration system for short-term rentals. We are currently in discussion with the city on our platform licensing application and look forward to being licensed in the city."

The City of Toronto says it will work with short term rental operators and brokerages like Airbnb over the next few months to help everyone understand the rules.

"This is good news for Toronto residents and a step in the right direction when it comes to regulating short-term rentals and maintaining the peace and quiet of our neighbourhoods," said Mayor John Tory of the registration program.

"This system will provide crucial oversight of operators and ensure that they are held accountable and only operate within their principal residences."

by Lauren O'Neil via blogTO
Posted by Arun Augustin at 6:48 PM