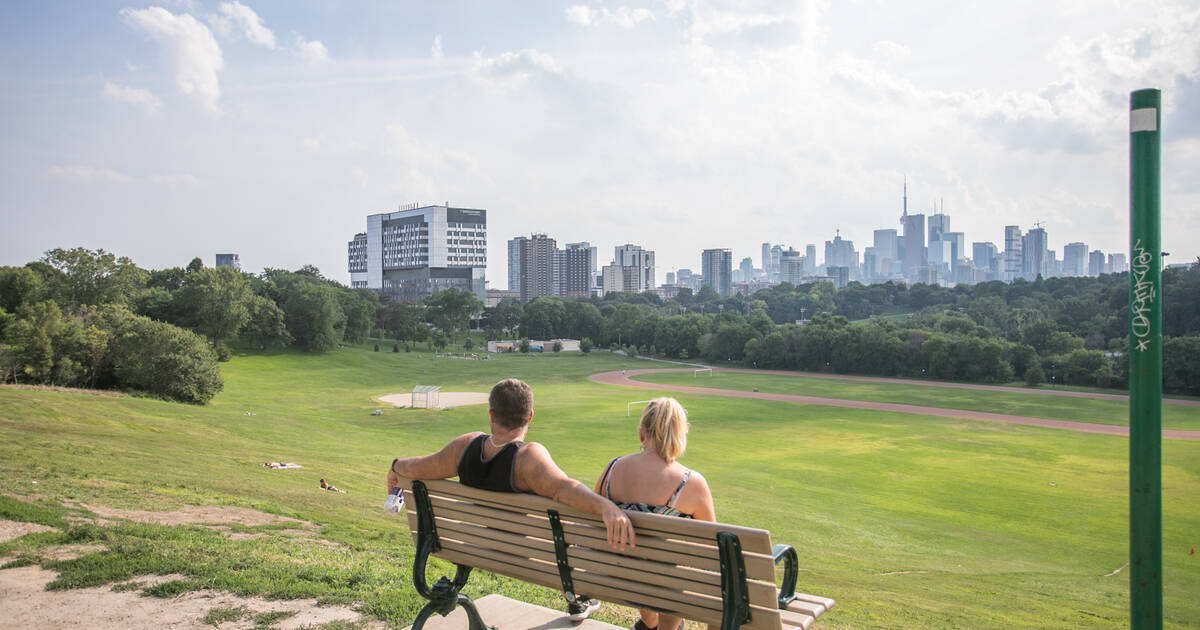 Social circles have become quite the concern for Ontario health officials trying to slow the spread of the disease as the pandemic continues.

For the past few months, social circles have been limited to 10 people, meaning you and everyone in your circle should only be socializing with one another.

However, on Monday, Ontario's chief medical officer of health, Dr. David Williams announced that he and the province's Public Health Measures Table are determining whether to allow for larger circles or even a larger number of circles.

"My senses are probably going to the latter,” Williams said at a news conference. “That means, if you’ve been good at monitoring your one circle, how can you do with two, three, four or five circles?”

He also added that Ontario residents are doing fairly well at staying within their social circles but understands that there is pressure to change this.

Ontarians are encouraged to form social circles of up to 10 people that you don’t need to #PhysicalDistance with. This could include family, friends, and neighbours. Everyone in a household belongs to the same circle and can only be a part of one circle. https://t.co/ec37Gpps7H pic.twitter.com/3cG6BOTXu5

Now, people have taken to social media to share their thoughts on bigger social circles and they are divided.

Some have pointed out that people actually aren't abiding by the rules anyway.

Were they stupid enough to believe most people cared ?

I don’t know a single family that’s abiding by these guidelines
Being considerate and paying attention is good enough for most.

"Spoiler alert: no one is following the 10 people social circle," another person wrote.

People are already doing this. Not many people are actually following these guidelines. People are travelling to Quebec, going to crowded beaches and bars, going to the gym. When school opens Covid will be back full force.

Others are opposed to any kind of social circle, no matter how big.

Good. Social bubbles or circles are contrary to the Charter of Rights and Freedoms as well as Human Rights. We need to get a Charter challenge going holding these so called experts accountable. I don’t know anyone following their draconian advise anyway!

On the other hand, there are those who are worried expanding social circles will only cause problems.

"I can guarantee you this will result in outbreaks. Trust, people are way too stupid to handle keeping track of multiple circles," wrote one Twitter user said.

Are you kidding me. These people don’t know the meaning of social
Circle of 10 people. They are just meeting people that are meeting other people

Concern is also mounting as schools are set to re-open in September.

"This is no use. Not everyone's going to stay at such circle and with half baked tracking app, contact tracing will only become harder when school reopens at September," someone else added.