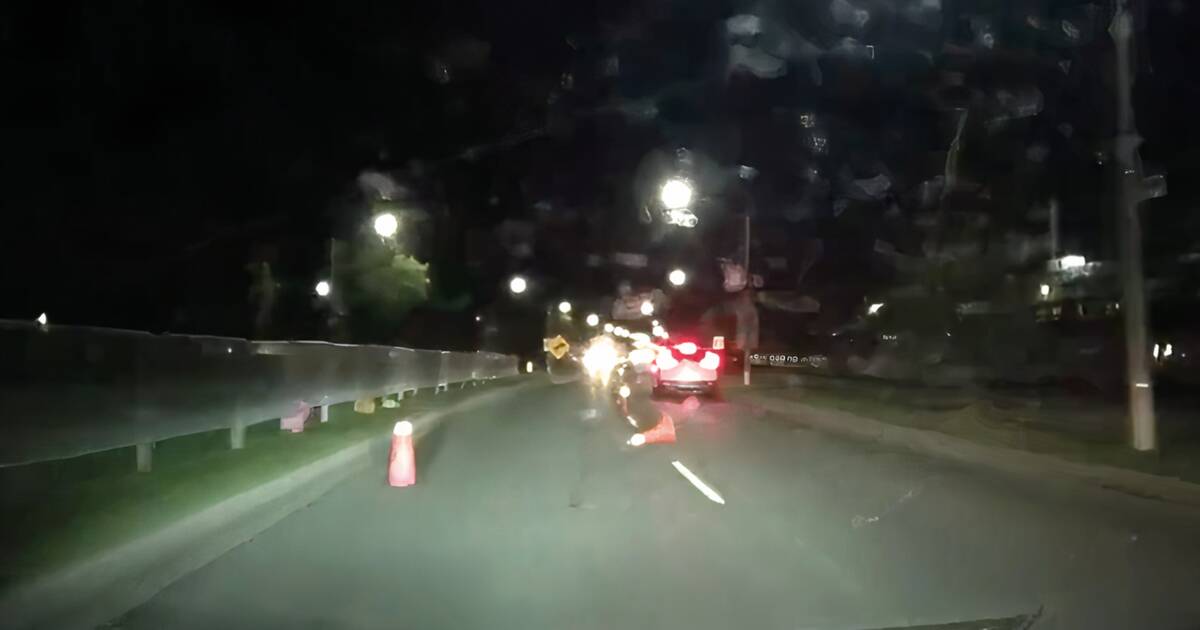 A Toronto driver was met with several traffic cones messily strewn across the road while driving down Lake Shore Boulevard East Sunday night, and a video of the experience shows just how dangerous it was.

A local resident, using the Twitter handle Torontostreets, posted a video of the incident online on Monday, explaining that it happened on Aug. 23 at Lake Shore and Leslie.

"Seriously? This is how you remove traffic cones?" they wrote. "No signage, no warning whatsoever? Please refer to OTM book 7 for proper standard."

The video shows the motorist driving down the mostly quiet street before the car in front of them quickly moves over to the other lane.

Once the other car moves, a number of traffic cones in the left lane and in between the two lanes can be seen lying messily on the roadway, prompting the driver to have to dangerously manoeuvre around them.

The motorist initially appears to try to move over into the right lane as well, but another car then approaches and passes them on the right.

The driver is therefore forced to swerve back and forth to avoid colliding with the cones.

Shortly after passing the orange cones, the car then appears to pass a truck on the left side of the road.

"The video was recorded while contractor crews were removing equipment along Lake Shore Blvd. E., following the weekend major road closure as part of ActiveTO," said a spokesperson for the city when asked about the footage.

ActiveTO is the city's plan to help more pedestrians and cyclists get outside and enjoy the city amid the pandemic, and the weekly major road closures result in several stretches of roadways being closed to cars throughout the weekend — including this one.

The cones are put in place at the start of the weekend to indicate that the road is closed to cars, and they're usually safely removed at the end of the weekend so motorists can once again travel through freely.

The spokesperson said city staff responded to a request from 311 about the cones, and they were then safely removed from the roadway.

But while the cones were eventually removed before anyone was hurt, the video goes to show how dangerous it can be if great care isn't taken to ensure traffic cones are removed safely and thoroughly.