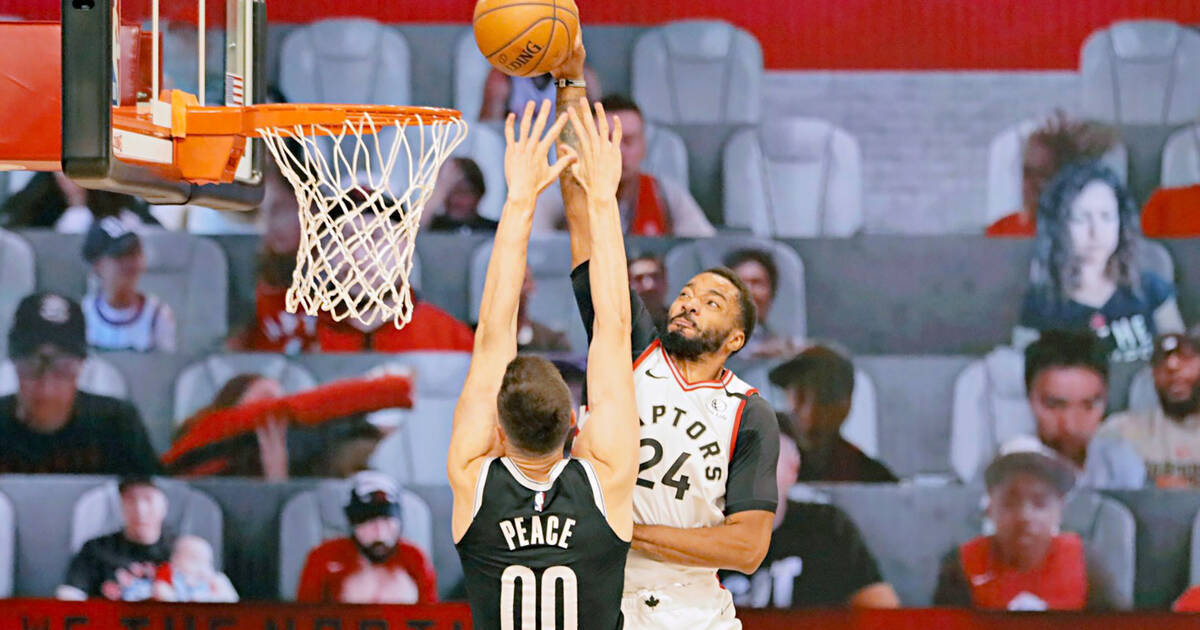 Rumours of an NBA boycott are looming this week as increasingly and justifiably-irate athletes react to the shooting of yet another black man by yet another white cop.

Toronto Raptors star Fred VanVleet revealed during a media call from inside the Orlando bubble on Tuesday that his team had met earlier in the day to discuss the case of Jacob Blake: a 29-year-old unarmed black man who was shot in the back, seven times, at point blank-range, in front of his kids, by a police officer on Sunday night in Wisconsin.

Blake survived the incident, footage of which has now been shared widely on social media, but family members say the father of three is currently paralyzed from the waist down.

It's not fair, it's not right, and it's only the latest in a long string of violent, unnecessary shootings by police — a problem that has been generating more attention than ever this summer thanks to organizations like Black Lives Matter and their activism following the tragic murders-by-cop of George Floyd, Breonna Taylor, Elijah McClain and countless other innocent Americans.

Fred VanVleet took no basketball questions and only spoke about Jacob Blake. He was incredibly thoughtful and visibly emotional - so I simply asked him how he’s doing. pic.twitter.com/9gSaFf4Bc4

"Says the Raptors had a meeting this morning about it. Asked if there was talk of a boycott, FVV says 'there are a lot of things being discussed.'"

TSN's Kayla Grey reported similarly that both VanVleet and fellow Raptor Norman Powell say "there have been conversations about boycotting."

"There is frustration that messages aren't getting across," said Grey, referring to everything players have already done this season to denounce systemic racism.

"Fred says right now everyone including the players in the bubble needs to really ask themselves this: 'What are we willing to give up? Do we actually give a fuck about what's going on?'"

“It’s being talked about .... taking a knee is not getting it done.” Norm Powell about the possibility of boycotting games.

VanVleet and Powell are being hailed across sports media right now for their powerful statements during today's press conference (you can watch both in full right here.)

Tentative, and perhaps unrealistic, as a boycott might be, many fans are already expressing their support for the move.

"Anybody in the NBA who still wants to play F*CK YOU! You have become stage CLOWNS! They continue to KILL your BROTHERS and SISTERS and make YOU entertain them while they do it!" wrote one basketball fan.

"I was really against the NBA coming back because it would serve as a distraction," wrote another. "So I have absolutely 0 problems with the players if they decide to boycott."

Raptors players aren't the first in the NBA to broach the topic of a boycott, either, or to express their deep sadness over Blake's shooting.

"It's just, quite frankly, it's just f*cked up in our community," said Lakers star LeBron James on Tuesday of the situation. "I know people get tired of hearing me say it but we are scared as Black people in America... Black men, Black women, Black kids, we are terrified."

Milwaukee Bucks guard George Hill told reporters on Monday night that he doesn't think the NBA should have resumed its season at all this year in light of ongoing social justice issues.

"Coming here just took all the focal points off what the issues are. But we're here. It is what it is," said Hill. "This world has to change. Our police department has to change. Us a society has to change. Right now, we're not seeing any of that."

Said VanVleet similarly: "It's starting to feel like everything we're doing is just going through the motions. Nothing's changing."