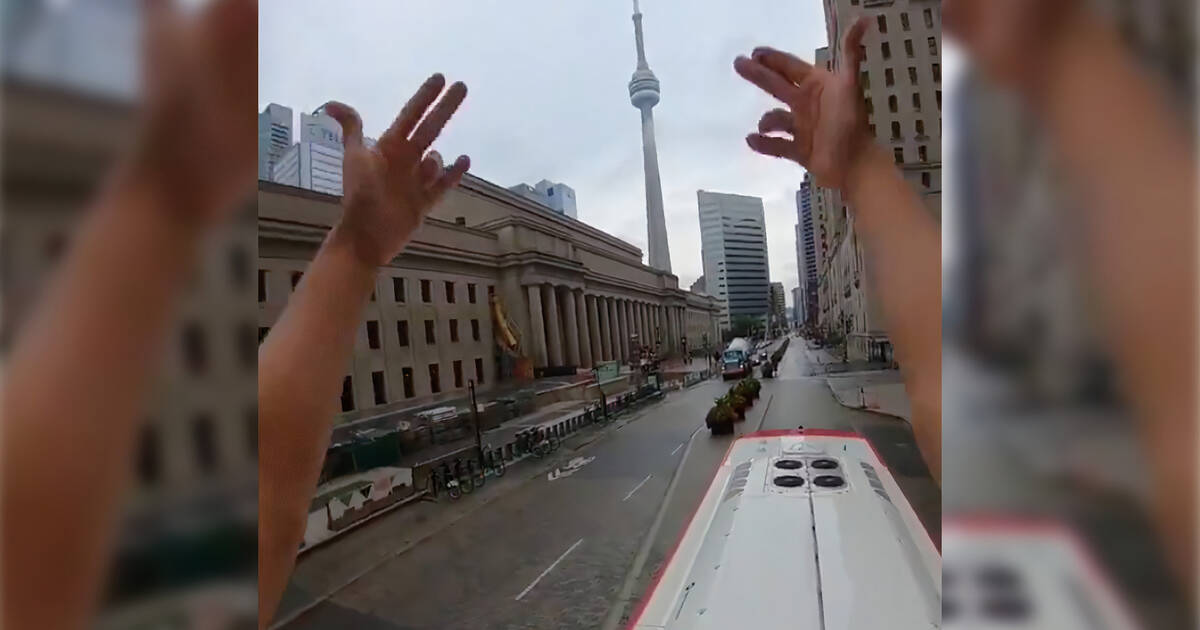 Another day, another person laughing in the face of death or dismemberment for the 'Gram.

A parkour enthusiast who appears to be from Montreal has upset TTC officials by posting a video of himself climbing atop, walking along, and then jumping from a moving bus in Toronto.

Social media user @parkourporpoise, whose bio promises the "craziest content on Instagram" along with "stunts," uploaded the clip in question to his public profile on Saturday.

Someone thought it was a good idea to jump on top of a moving TTC bus - 📹 parkourporpoise https://t.co/MuLouVeAlJ #Toronto #TTC pic.twitter.com/8lwNMiVFyt

In the video, we see him running up to a bus on the 121 route near Union Station and expertly climbing up the back of it. The bus is in motion, though it is moving quite slowly.

The man then walks across the top of the bus, from the back to the front and then back, as the vehicle picks up speed (again, not very much of it). He then sits for a while while it moves along Front Street.

A wet-looking road suggests recent rainfall, prompting thoughts of this guy slipping on a slick surface and cracking his skull wide open.

Fortunately, that didn't happen — instead, the daredevil (who has eight years of parkour experience) jumps from the vehicle and into a bike lane where he tuck-and-rolls to safety.

Gasp! If that bus had to make a sudden stop momentum would propel this guy forward with nothing to hold on to, putting his life in danger. This gives me the willies!

"When you forget your mask at home and you have to take the bus," joked the 'grammer in his caption. "(Please don't try this)."

Parkour Porpoise isn't the only person discouraging viewers from trying something similar — even though he's not the first person in Toronto to surf a bus.

TTC spokesman Stuart Green told 680 News on Monday that the commission is investigating to determine when the stunt took place. Then, he says, the TTC will "pursue any kind of charge or ticketing that's available to us."