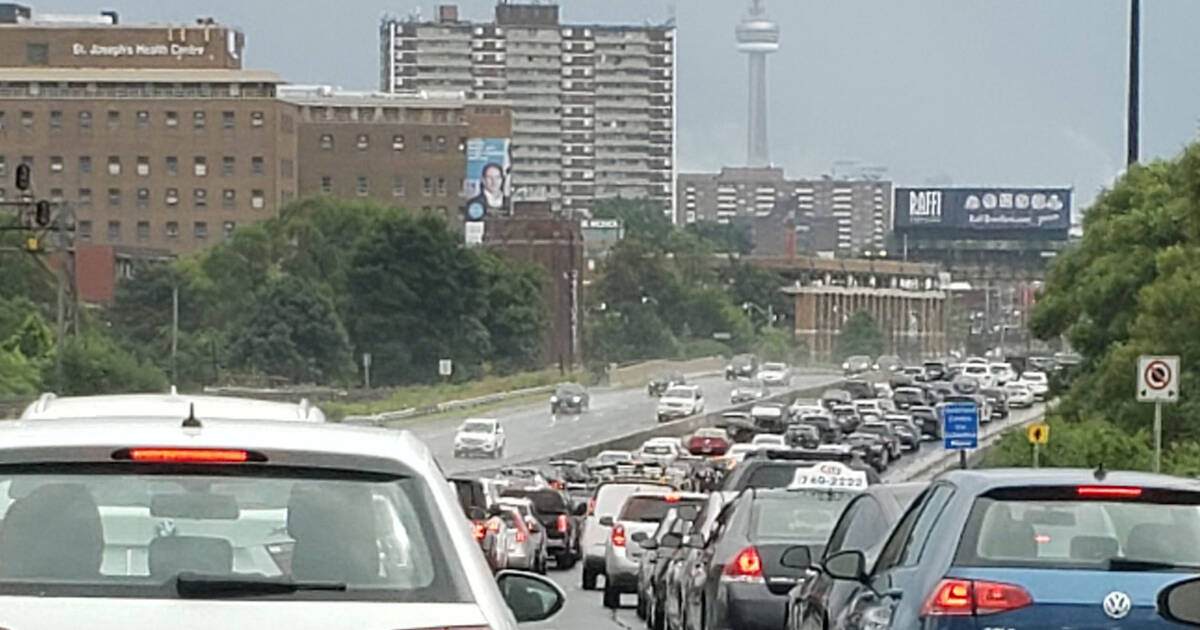 Toronto drivers have not been too happy with the ActiveTO initiative lately, blaming the program for a rise in accidents around a busy highway.

Back in June, the city announced a plan to make sure Toronto residents have enough space to get outside and enjoy the summer weather, while also following physical-distancing rules.

Part of this initiative was closing some major roads on the weekends in an attempt to allow people to walk and bike safely.

Now, frustrated drivers are taking to social media to express their disappointment with the initiative which they say is causing traffic and accidents on the Gardiner Expressway.

I got stuck in a 90 minute jam - accident on Gardiner at Jameson, offramp to Lakeshore & Windermere closed. 8 - 9 p.m.!?! on a Saturday.
It was special when I drove out westbound on the holiday Monday at noon. A regular Sat. Evening (in fact closed 48 straight) is too much!

Some drivers have even been making illegal turns to avoid the traffic backup activeTO creates.

The Jameson exit on the Gardiner Expressway eastbound has been particularly problematic.

Crash on the go @ Gardiner EB at Jameson. As a traffic reporter, I can confirm 💯 that the #activeto initiative Toronto has been a disaster. I would estimate between 75 to 100 accidents in this exact same spot since it started due to Lakeshore closure. Huge delays every Sat/Sun. pic.twitter.com/UgNyBxTiGe

"@PaulaFletcherTO @JohnTory It’s time to rethink ActiveTo road closures. Two weekends in a row there has been a serious accident on the Gardiner expressway causing MASSIVE delays to enter the city. Yesterday was almost a 2 hour delay," another person wrote.

There was not enough cycle traffic to justify the traffic delays.

How did everyone enjoy the Gardiner all lane shut down at Jameson due to an accident and the ensuing backup to Islington?

Others called for ActiveTO to be cancelled when the weather doesn't allow for most outdoor activities.

@JohnTory If there’s rain in the forecast cancel #ActiveTO. Gardiner is parking lot bc of an accident meanwhile Lakeshore is wide open with no one on it.

Recently, news of accidents and delays on the Gardiner Expressway have been nonstop as drivers entering the city have little choice but to take the crowded expressway.

Tones of traffic and many accidents so far today on the Gardiner Expressway due to the DVP closure and #ActiveTO #TOtraffic #toronto pic.twitter.com/oiFrVlZ3wU

Don't worry drivers, September is around the corner.