This Week in Comedy: Cream of Comedy, Laugh Sabbath, Monkey Toast, and The Dark Comedy Fest 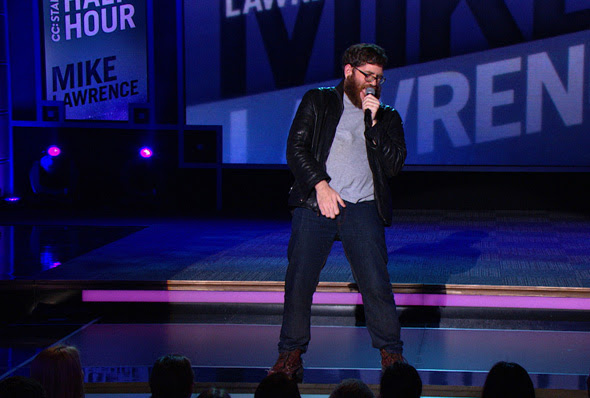 Sometimes I look at the weekly line-up and have to just shake my head with my dunk face on as I consider all of the amazing shows we have coming up. This edition, we preview everything from Mark Tewksbury's appearance on Monkey Toast to a festival featuring the Roast of the Iron Sheik. Where? When? Follow me as I walk you through This Week In Comedy...

The Tim Sims Encouragement Fund was established in memory of Toronto comedic performer, Tim Sims. Five finalists out of a field of twenty-one will have 15 minutes to prove that they should win $5,000.00 and a scholarship to the Toronto Second City Training Centre. Your choices will be Brandon Ash Mohammed, Diana Bailey, Franco Nguyen, Nigel Grinstead, and The Weaker Vessels. I know I shouldn't pick favourites, but Diana Bailey is going to be hard to beat. She's young, talented, has had the chops to host the über-popular Fan Fiction The Show and even put on her own one-woman show a few months back! Dawgs, she's just twenty-three freakin' years old. While some might argue that the judging criteria should be limited to what happens on the stage Monday Night, few can contest the fact that Diana has the confidence, work ethic, and charm to be the next big thing.

Remember back in the day, when rappers starting teaming up with R&B singers? Whatchu know about Ill Al Skratch & Brian McKnight!? Anyhoo, it was a huge hit, with the idea to have entirely contrasting styles on the same joint originating from the reggae duo Chaka Demus & Pliers. What does this have to do with comedy?

Well, in recent weeks, I've wrote about my adoration for the stand-up work of Sara Hennessey and Steph Kaliner. So, when I found out that they were teaming up to host Laugh Sabbath, the show became a must-have in this week's round up. What a great pairing! Sara's bursting with energy, and her act outs kill me every time. Steph, in contrast, is more quiet and shy in her approach, which I also love. Jump to 2:14-2:49 to see exactly, exactly, what I'm talking about.

In my opinion, there's nothing worse than people pretending to have an unscripted conversation, and that's why I've never been a big fan of late night talk shows. Fortunately, Monkey Toast has done away with the idea that you need a pantheon of writers to make a show work. The night consists of Canadian newsmakers interviewed by Ron Tite, who was named one of the Top 10 Creative Canadians by Marketing Magazine. On this edition, Canadian Olympic Gold Medalist Mark Tewksbury is your special guest! For comedic variety, improvised sketches are injected in between the interviews, drawing their inspiration from the topics being discussed. I can guarantee that the all-star cast of consisting of improv monsters like Colin Mochrie, Lisa Merchant, Kerry Griffin, and Jan Caruana are going to have a whale of a time.

One of the Toronto's most important producers, Rob Mailloux, is putting on the Dark Comedy Festival over the next couple of weeks. It will include heavy-hitters like Gilbert Gottfried, Dave Attell, Big Jay Oakerson, Brendon Walsh, Simon King, and even a roast of The Iron Sheik! I'd pay special attention to Mike Lawrence, and the above clip from his appearance on Conan will tell you why. There's something so arrestingly compelling about comedians who are casual in their approach to the stage, and Mike has the material to underwrite his relaxed approach.

About the Author: This is Michael Jagdeo, and I refuse to write about myself in the third-person. My blog, Diary of a Stand-up Comedian, walks you through the up's and down's (they're mostly down's, really) in my quest to become a killer comic in Toronto.

by Michael Jagdeo via blogTO
Posted by Arun Augustin at 9:33 AM