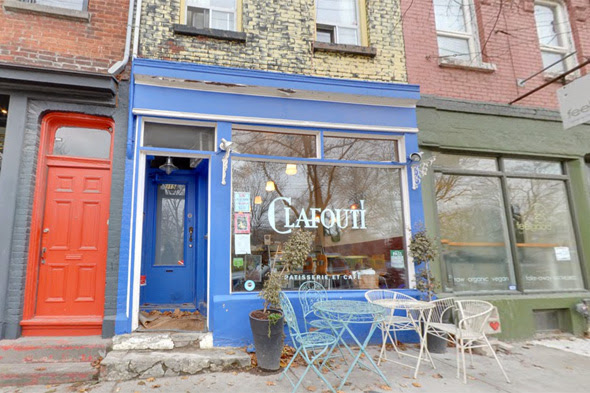 While Clafouti may have been most famous for its Oreo-stuffed croissants, this French-style bakery also churned out a slew of sweet treats and savoury sandwiches.

Owner Olivier Jansen-Reynaud is currently running two restaurants in Niagara Falls - including the Cabo Cantina where he's executive chef - and felt he wasn't dedicating enough time to Clafouti over the past few months.

Despite this, he says he'll miss West Queen West, but notes that the street has changed over the past few years.

by Amy Grief via blogTO
Posted by Arun Augustin at 1:44 PM