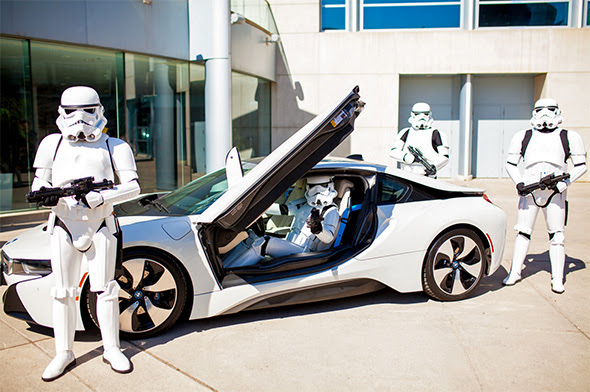 The top events in Toronto for March include everything from comedy festivals to contemporary music shows. With the weather becoming a bit more hospitable (crossing my fingers that there's not too many more storms in store), leaving the house is becoming less of a drag, and this month there's more than a few reasons to.

Here are my picks for the top events in Toronto this March.

New Creations Festival (March 5-12)
In the market for something more high brow than an indie show at the Horseshoe? The New Creations Festival will help you get in touch with your more sophisticated side with its roster of avant-garde contemporary music shows. With everything from trumpet concertos to DJ performances on tap, you've got plenty of options.

New Ideas Festival (March 9-27)
Alumnae Theatre's juried festival of new writing, works-in-progress and experimental theatre returns on March 9th. Catch one of the matinees for $15 or wait until Saturday to attend a PWYC staged reading.

Hi-Fi Musical Adventure (March 10-12)
Over the course of three days more than 60 artists will hit venues in and around Kensington Market for the Hi-Fi Musical Adventure. You'll get to catch shows by locals like Girls Give Me Pills, Bathurst Station and The Rose County Ramblers. Wristbands are a mere $10 and there's 4 a.m. last call.

Sugar Beach Sugar Shack (March 12-13)
Sugar Beach is being transformed into a Québec-style sugar shack for the first weekend of March Break. It will feature family-friendly events like maple syrup tasting, performances by Stef Paquette, Mélanie Brulée and Amélies et les Singes Blues and a Choir!Choir!Choir! sing-a-long. If you need a break from sugary treats, you can grab some savoury fare at one of the local food trucks on site.

Toronto Fashion Week (March 14-18)
If you feel like channelling your inner Chiara Ferragni in March, you'll want to snag tickets to some Fashion Week shows. While Toronto's fest probably won't have runway hotshots like Gigi and Bella Hadid, there will be more than enough fashionable finds to oggle at and Instagram.

House of Vans (March 16-April 2)
Regardless of if your a skateboarding fanatic, live music lover or are just really into the Damn, Daniel phenomenon, the House of Vans looks pretty cool. It will take over the soon-to-be Bellwoods Brewery location at 950 Dupont Street, turning it into a skatepark, art gallery and music venue for a few weeks mid-month.

Comicon (March 18-20)
Comicon returns to the Metro Toronto Convention Centre on March 18. Over the course of three days, you'll get to attend meet and greets with stars like Jason Isaacs and John O'Hurley , hit up workshops and seminars, mingle with your favourite cosplayers and more.

One of a Kind Show (March 23-27)
If you're on the prowl for unique gifts, The One Of A Kind Show at the Enercare Centre will be right up your alley. At the end of the month, shoppers will flock to the event venue, looking for one-off bits and bobs. Two bonuses: the event supports independent businesses, and you can probably snag a sample or two at the food booths.

What did I miss? Add other March events in the comments.

Photo by Anthony B in the blogTO Flickr pool.

by Alice Prendergast via blogTO
Posted by Arun Augustin at 11:29 AM