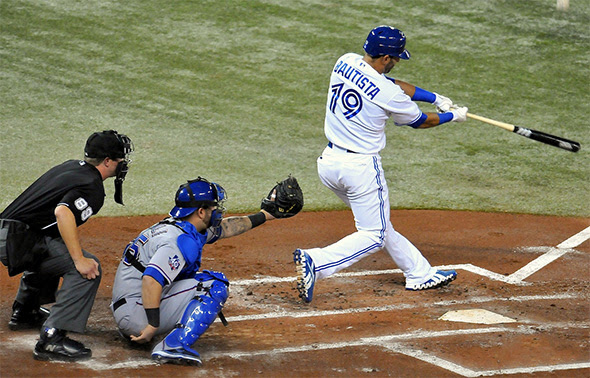 How are you planning to watch the Toronto Blue Jays dominate this year? With the Jays home opener scheduled for April 8, you'll be happy to note that you can catch their entire 162 game season online thanks to a new streaming service from Sportsnet.

Sportsnet NOW launches tomorrow, April 1. Like Netflix (or Shomi, I guess) for Canadian sports fans, it's a direct-to-consumer service, meaning you don't need a Rogers cable or mobile plan to access it.

For $24.99 per month, it's includes content from Sportsnet's six channels, all of which will be available online and on your smartphone or tablet.

This is especially useful for cord-cutters who already rely on various streaming services instead of traditional cable plans.

Photo by Henry Chan via the blogTO Flickr pool.

by Amy Grief via blogTO
Posted by Arun Augustin at 9:42 AM