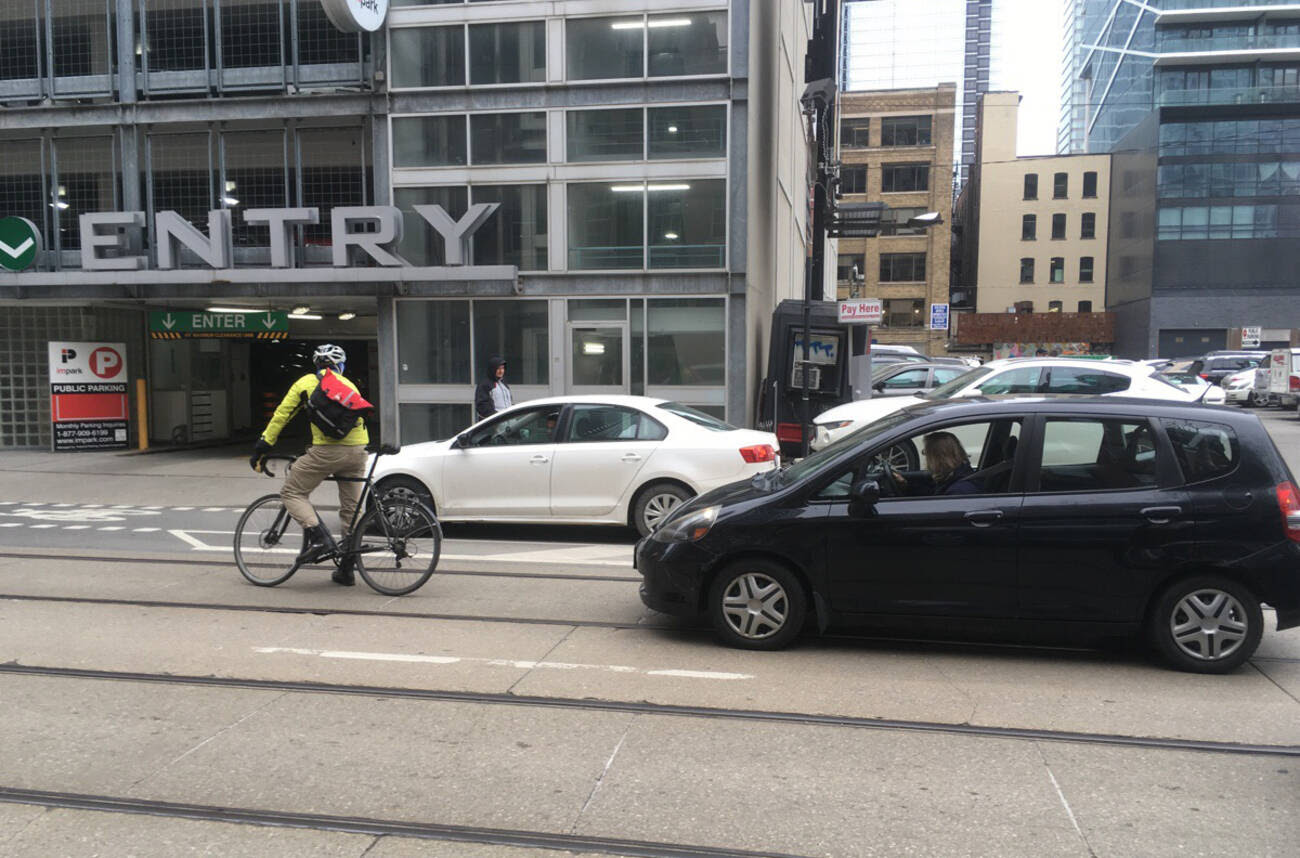 Toronto cyclists and vehicles often don't get along on our city streets, even though there are now bike lanes on major arteries like Bloor, Richmond and Adelaide.

Recently, Redditor BrockThrowaway posted a photo purporting to show a stand-off between a cyclist and a driver who was stopped in the bike lane on Adelaide West near Simcoe.

In the photo, it looks like the person on the bike is staring down the driver in the white car, while blocking vehicular traffic at the same time.

The photo made it to the front page of /r/Toronto and generated lots of comments, as cycling-related issues usually do in Toronto.

Some criticized the cyclist's eye-for-an-eye attitude while others said he proved his point about how annoying it is when someone blocks your lane.

About a year and a half ago, the Cactus Club Cafe got caught using the Adelaide bike lane for its valet parking service. After lots of social media-fuelled backlash, the restaurant stopped that practice.

by Staff via blogTO
Posted by Arun Augustin at 1:02 PM